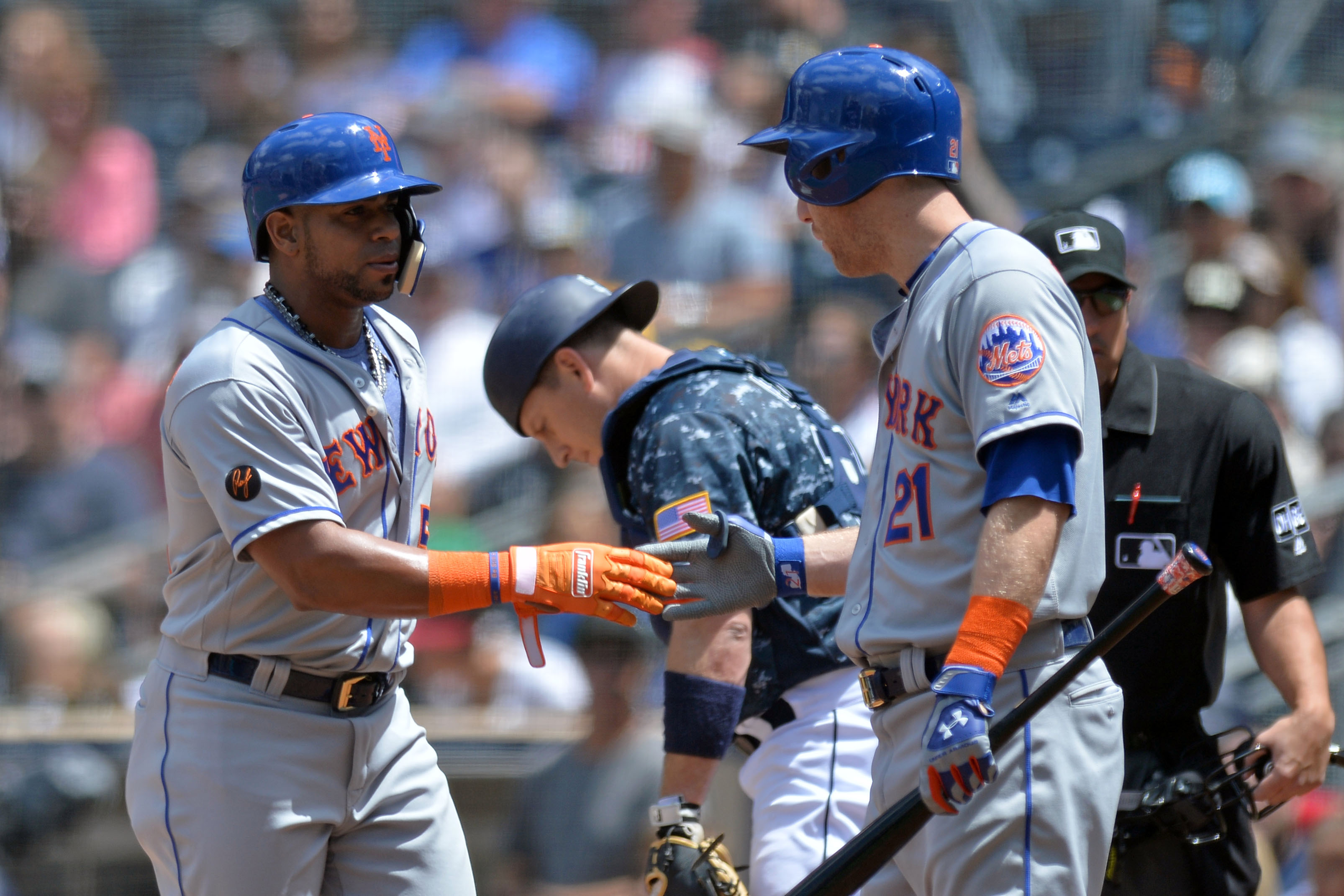 The New York Mets snapped a two game losing streak with a 5-0 win over the Milwaukee Brewers last night, but they received even more good news off the field. Injured hitters Todd Frazier and Yoenis Cespedes, both of whom accompanied the team on its current eight game road trip, took steps towards returns to the lineup. Frazier took batting practice and ran for the first time since landing on the disabled list, MetsBlog.com reports, while Cespedes took BP for the first time since being placed on the DL. Both players are eligible to be activated at any time, but they still appear to be a bit away from returning.

Frazier is definitely closer to returning than Cespedes since he has already started running, a step that Cespedes has yet to take. Both players will need a rehab assignment before they rejoin the major league lineup, which will hopefully come within the next two weeks. Frazier played for three weeks with a hamstring injury before finally landing on the DL back on May 8th, while Cespedes was placed on the DL on May 16th after trying to play through a hip issue for several weeks.