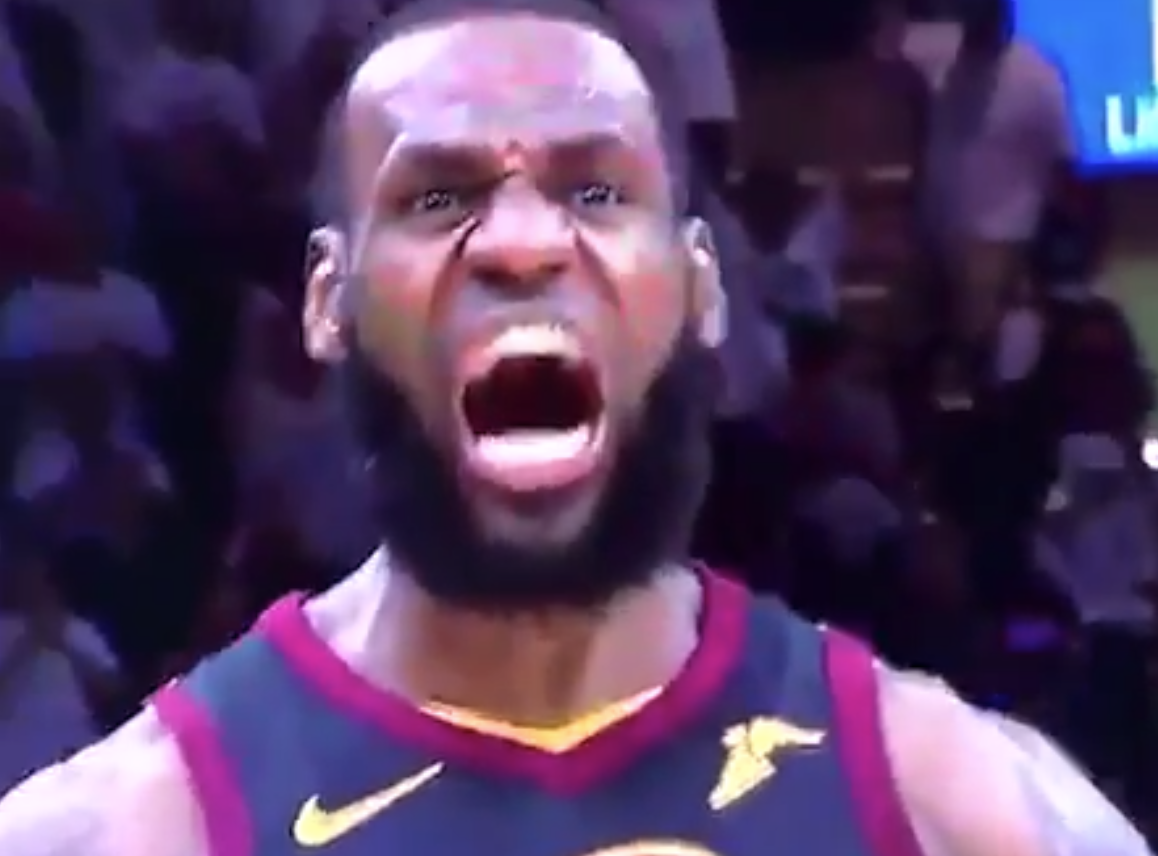 LeBron James put his team on his back and refused to go down on his home court in an elimination game.

If James and the Cavs lost Game 6 of the Eastern Conference Finals on Friday night, it most likely would’ve been his final game at Quicken Loans Arena as a member of the Cavs.

But it wasn’t to be — and James made sure of it.

James dropped 46 points in 46 minutes of play — being on the court for nearly the entire game. And he sealed it with back-to-back three-pointers late in the fourth quarter to seal the win, when the Celtics had got within seven.

LBJ delivered an epic reaction after the second one, and you can check it out below.

Finally got that LeBron moment where he perfectly syncs up with the T-Rex flexing at the end of Jurassic Park pic.twitter.com/UCOF84HfjB