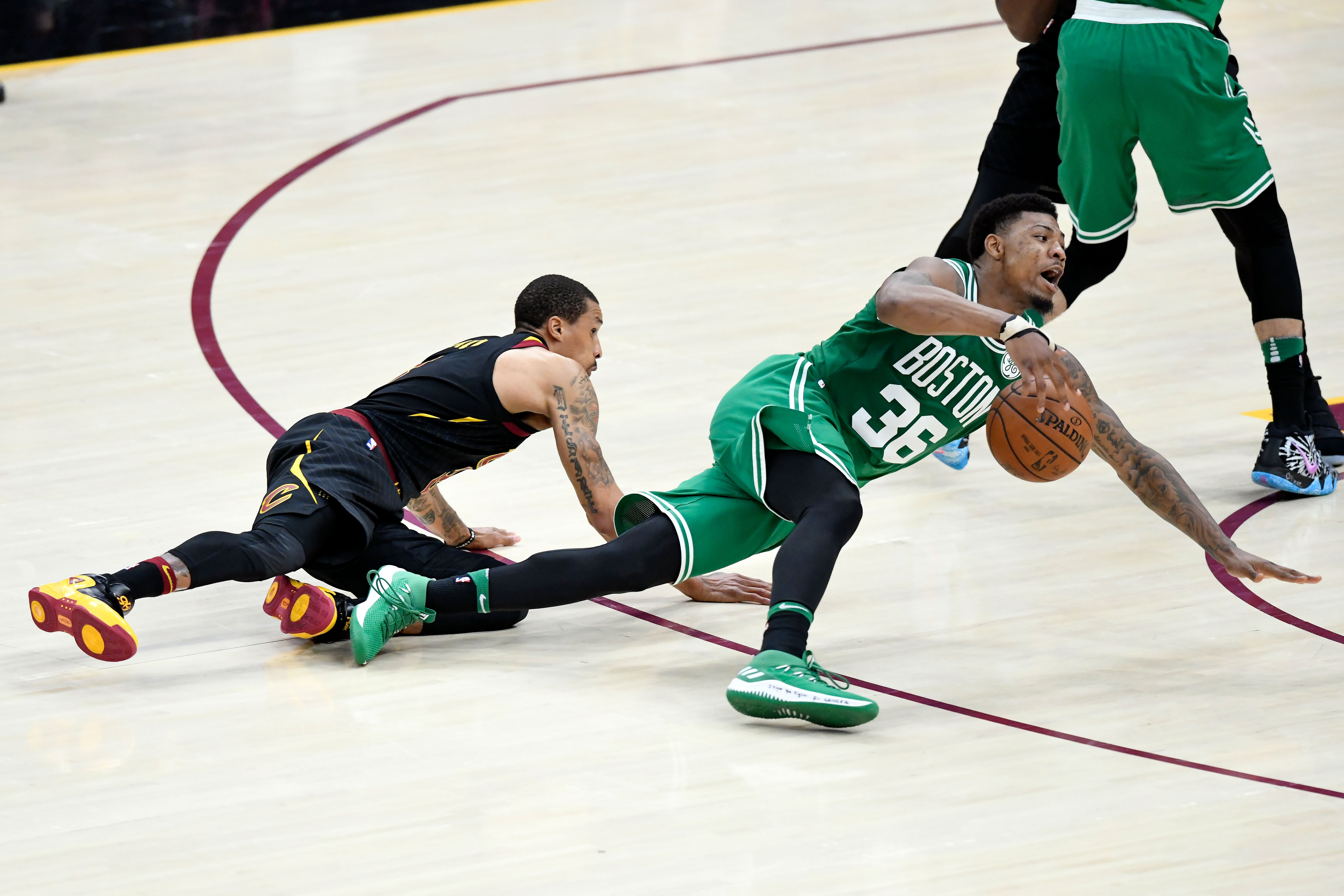 Marcus Smart truly can do it all.

He’s a gritty defender, and does a great job of getting in his opponent’s air space. Smart has even been known to stick with LeBron James, as we learned this series. The Celtics utility man can also drain three-pointers, and has been known to get on the glass as well.

But, most importantly, he can dish, as fans witnessed during Game 6 of the Eastern Conference Finals on Friday night.

Smart unleashed a no-look, over-the-shoulder dime to Jaylen Brown, who drained a three-pointer.

Oh yeah, and he also rejected LeBron James during the game.

"IS THIS YOUR KING?!" – Marcus Smart after this block, probably. pic.twitter.com/YtGRt9TdEq