Milwaukee Gives Us Swiss Cheese Too 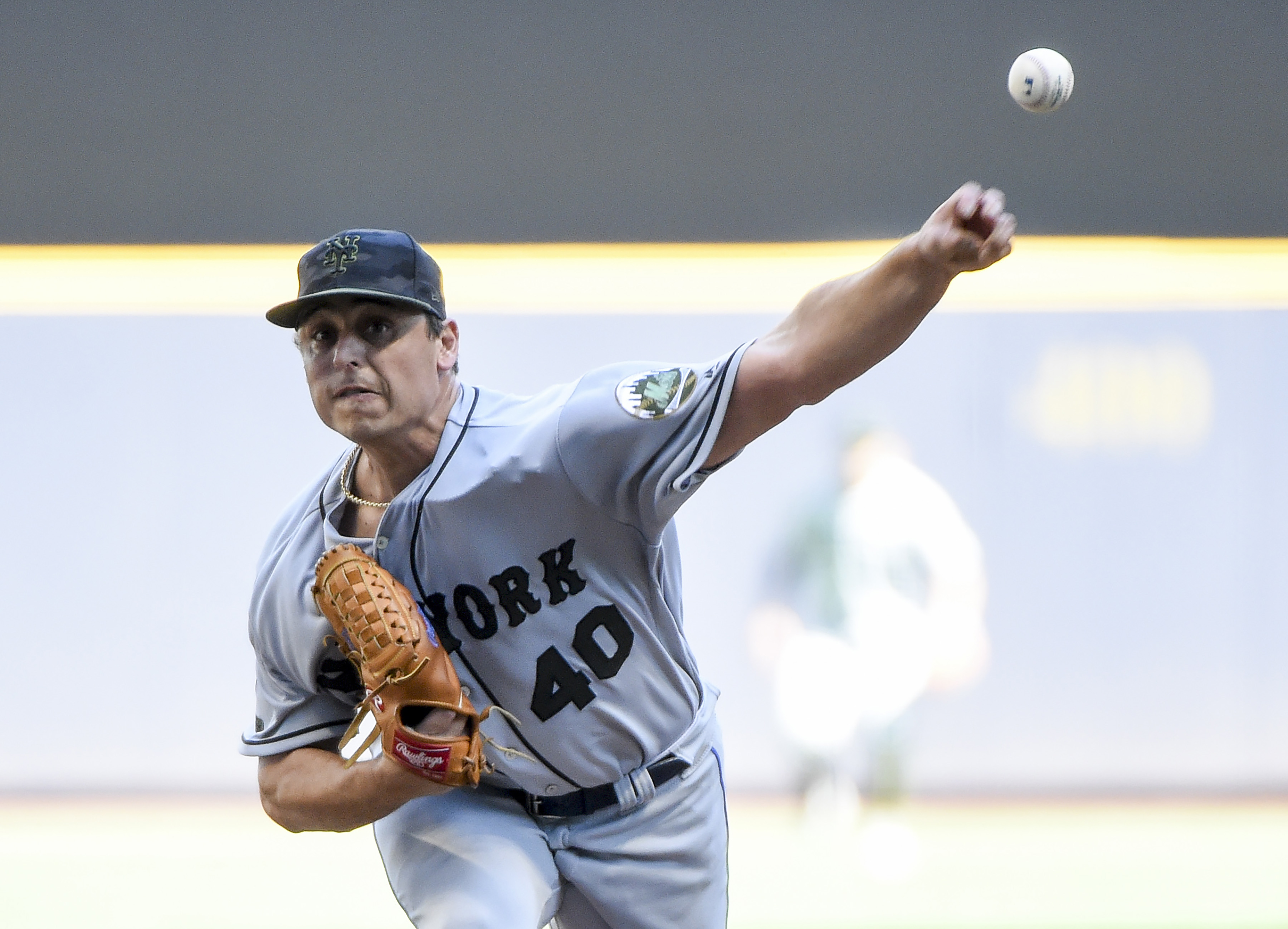 Milwaukee Gives Us Swiss Cheese Too

Even with a 3-0 lead after the top of the first inning, this game was doomed from the start. With Seth Lugo unavailable and Robert Gsellman having gone one and 2/3’s on Friday, this would have been the game to have a starter in place that had a reasonable chance to go six or seven innings. Forget Syndergaard or deGrom, Steven Matz or Zack Wheeler would have been decent options.

I mean, you hope that Vargas could have gone six or seven, but with his only good game as a Met this season being against the Marlins, it was just hope and not reasonable expectation. Sure enough, Vargas gave back the 3-0 lead immediately in the bottom of the first, and that was your ballgame right there.

Yes, make a big deal about A.J. Ramos spitting the bit again. Yes, make a big deal about Chris Flexen not being a major league pitcher. Because at 10-6 in the seventh I decided to give up and take a nap. When I woke up it was still in the seventh inning and the Brewers were taking Flexen out by the woodshed, and despite every effort by Mickey Callaway to let Flexen take one for the team, he still couldn’t finish the inning as a 10-6 deficit turned into a 17-6 disaster. So yes, get on Sandy Alderson for acquiring all of these relievers in 2017 to compete for jobs in 2018 and yet somehow we’re still seeing Chris Flexen in a major league uniform.

But the Sandy Alderson move you regret today was Vargas. Because the Mets needed a starter to take a 3-0 lead, hold it, and save their Lugo-less and Gsellman-less bullpen from being exposed. He couldn’t do it. Because of that, a team that lost two of the to the Marlins is having its holes exposed by a good team. I didn’t know Milwaukee did Swiss Cheese too.