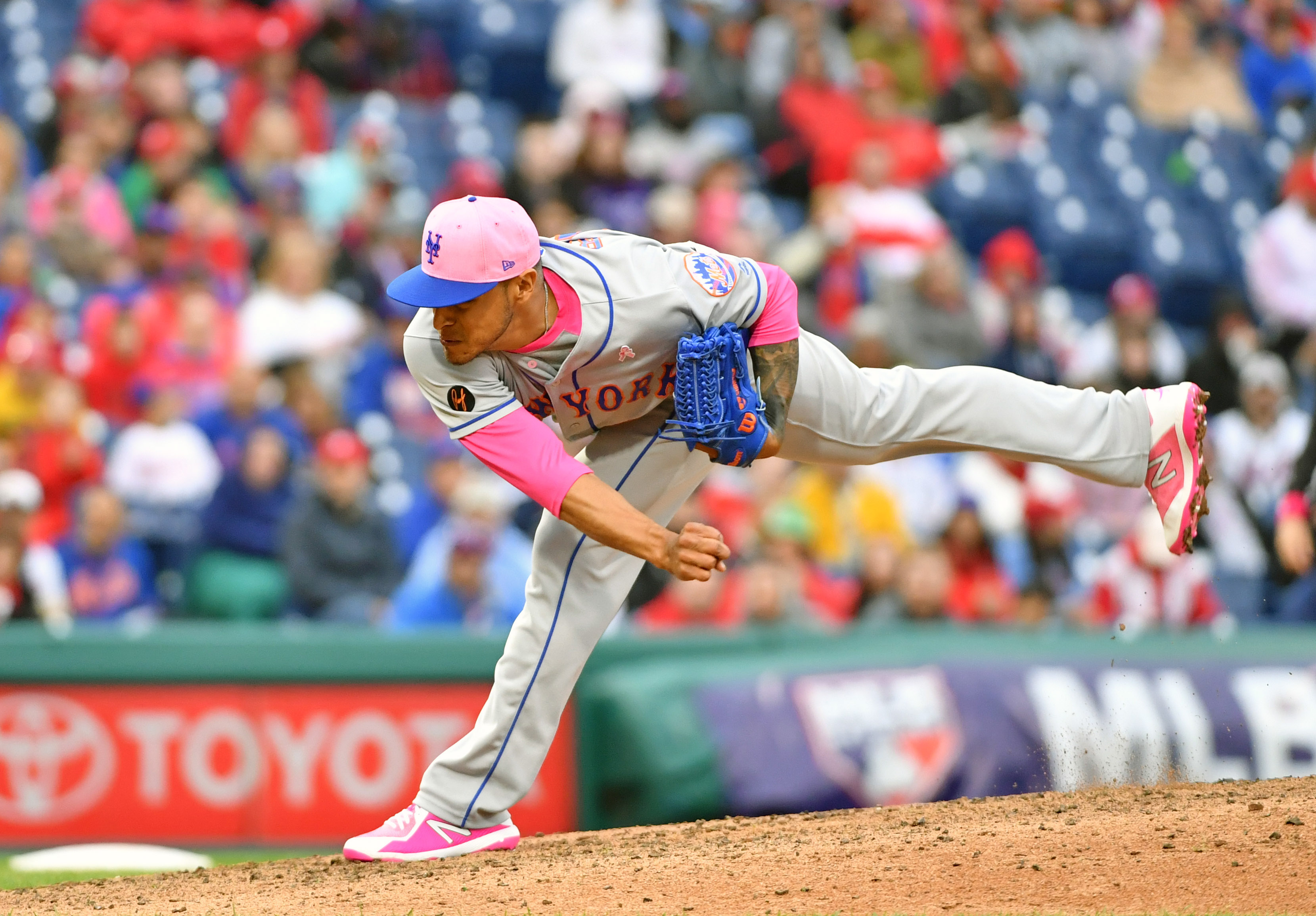 The New York Mets’ bullpen had a meltdown last night, with Jerry Blevins failing to retire a lefty and A.J. Ramos walking two batters to force in the winning run for the Milwaukee Brewers. Ramos has been wild all season, walking 14 batters in 19 innings pitched, but last night took the cake as eight of Ramos’ nine pitches were balls. This failure was the latest disappointment for Ramos, who has a 4.48 ERA since joining the Mets last summer. It is also the latest sign that Mets’ General Manager Sandy Alderson has no idea how to put together a bullpen.

Since he came to town after the 2010 season, Alderson has traditionally refused to invest significant money in the bullpen, believing that relievers are the most volatile commodities in the sport year to year. That is a perfectly reasonable attitude to have and is backed up by statistics, but the bullpen revolution has taken the sport by storm the past few years. The Kansas City Royals won the World Series (against Alderson’s Mets) in 2015 on the strength of their relievers, and the Cleveland Indians nearly duplicated the feat in 2016. The New York Yankees put together a super bullpen last summer that nearly carried them to the World Series despite questionable starting pitching, and that unit has been paying dividends again for them this season.

Alderson’s approach to building his bullpen since he arrived in New York has been a refusal to hand out multi-year deals, instead looking to acquire his relievers via trade, one year contracts, minor league deals, or developing them himself. This strategy has taken the Mets out of the market for the elite relievers that have hit free agency in recent years, such as Kenley Jansen and Aroldis Chapman, but it can work if your GM has a knack for identifying talent at a bargain rate. Alderson has consistently failed in that regard, leaving the Mets in bad situations with their bullpen time and time again.

Here is a list of some of Alderson’s greatest bullpen hits as Mets’ GM:

That is an awful lot of mediocre bullpen arms over an eight year period. Alderson has had his bright spots too, such as pulling LaTroy Hawkins off the scrap heap in 2013 and successful trades for Jerry Blevins, Tyler Clippard, and Addison Reed in 2015. The misses are far too frequent, however, and the common factor for most of the additions is that they were cheap. Alderson could get away with not spending a ton on his bullpen while the Mets were rebuilding from 2011-2014, but the fact he hasn’t put nearly enough resources into the bullpen since 2015 is shameful. The only multi-year deals Alderson has given relievers in his eight year tenure are two year contracts for Francisco, Bastardo, and Anthony Swarzak. The first two were utter disasters, while Swarzak has only pitched twice all season before being sidelined with an oblique injury.

This problem isn’t going to go away for the Mets with Ramos, Blevins, and Jeurys Familia all hitting free agency this winter. The Mets got extremely lucky that Robert Gsellman acclimated to the bullpen so well, especially since there was no part of the plan that involved him starting the year in the bullpen until Hansel Robles and Rafael Montero were awful in spring training. The odds of any of the free agent relievers re-signing with the Mets appear to be low, and Alderson may be hoping that some of his power arms acquired in deadline deals last summer help to fill in the gaps. Of that group, only Jacob Rhame has been in the major leagues for a significant part of the season, with guys like Gerson Bautista and Jamie Callahan getting cups of coffee at the big league level.

The free agent class next winter is loaded with elite relievers, including Craig Kimbrel, Andrew Miller, Cody Allen, Andrew Miller, and Kelvin Herrera. If the Mets aren’t going to bring back Familia, there is no excuse not to go sign a proven closer and another proven reliever to help Gsellman and Swarzak out of the bullpen next season. Alderson’s track record has shown he will go nowhere near that class, instead looking to sign guys like Ryan Madson, Joaquin Benoit, and Sergio Romo to short term deals while hoping his collection of young arms develops into cheap bullpen help. That approach may have been fine when the Mets were a rebuilding franchise, but if they want to contend now they should seriously re-evaluate how they build their bullpens going forward.