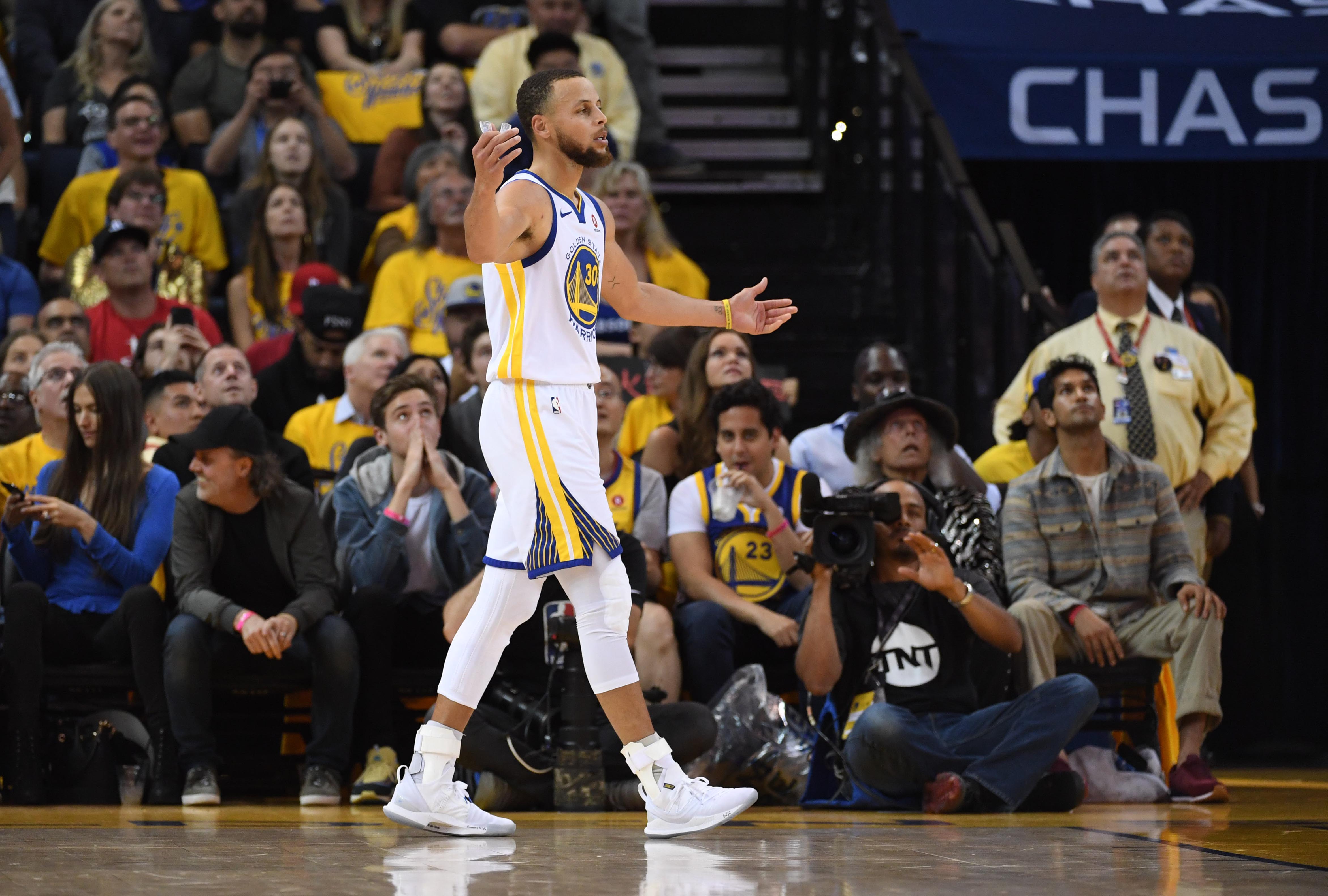 Rockets star James Harden could, very well, be named the league’s Most Value Player this season, due to his ability to score, as well as elevate the play of those around him.

He’s also great at drawing fouls — in fact, he’s arguably the best in the NBA at it.

Harden has been known to consistently get whistles on shot attempts, even, which is difficult to do. But he sells it well.

Also, he’s been known to flop, usually at least once per game, and Game 6 of the Western Conference Finals on Saturday night was no different. Harden missed a three-pointer in the second quarter of the game, but somehow was awarded free throws by flopping.

Two-time MVP Stephen Curry, who was guarding him at the time, was none too pleased about it, and understandably so.

It will be interesting to see what happens in Game 7, when the officials will likely swallow their whistles, more often that not.