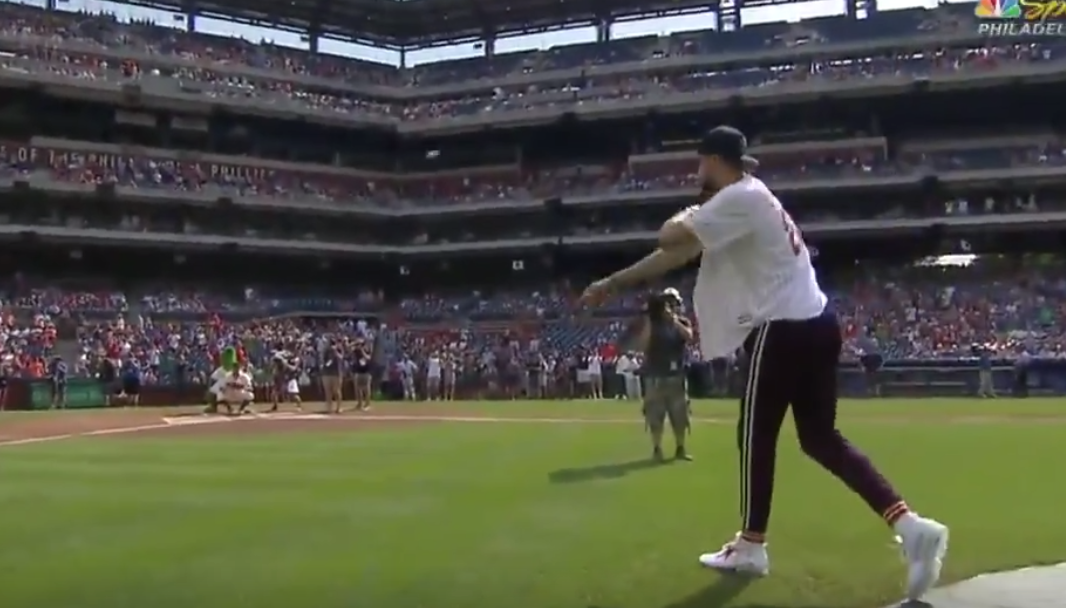 Sixers young star Ben Simmons appears to be the 2018 Rookie of the Year award winner, and he’s already becoming quite the celebrity in the Philadelphia area.

As such, he was invited to throw out the first pitch at Saturday’s Blue Jays-Phillies game at Citizen Bank Park.

Simmons was definitely up to the task, as he calmly stepped on the mound and fired a strike without even breaking a sweat.

The funny thing is that Simmons showed more poise on that pitch than he did during the majority of the Celtics series, but the 21-year-old will learn from the postseason experience, and he has a lot to build on following his impressive rookie campaign.