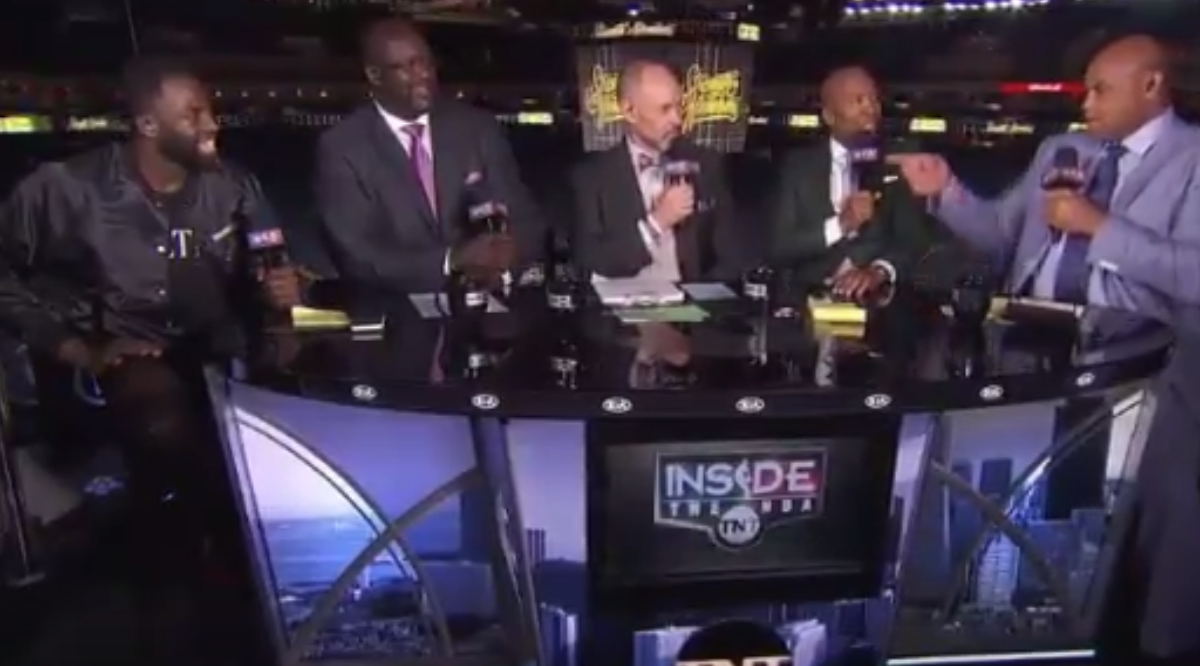 One of the NBA’s biggest current beefs didn’t even involve two players currently suiting up in the league.

Former NBA player turned “Inside the NBA” analyst Charles Barkley has stated on air that he doesn’t care for Draymond Green, but the two never went face-to-face on camera to talk about it.

Until Saturday night, that is.

Green joined the “Inside the NBA” crew after Game 6 of the Western Conference Finals at Oracle Arena was in the books, and he was wise enough to take the high road and squash the beef.

Charles Barkley and Draymond Green make peace and bury the hatchet live on Inside The NBA pic.twitter.com/TL2UIH6mxg

Props to Green for swallowing his pride — remember, Barkley recently said he wanted to punch the Warriors big man in the face — and nipping this in the backside, before it potentially became a distraction.

As for the Warriors, they clearly have their eyes on the prize and are focused on the task at hand — emerging victorious by a 115-86 margin in the elimination game.