Game 7 Recap: Celtics save their worst for last 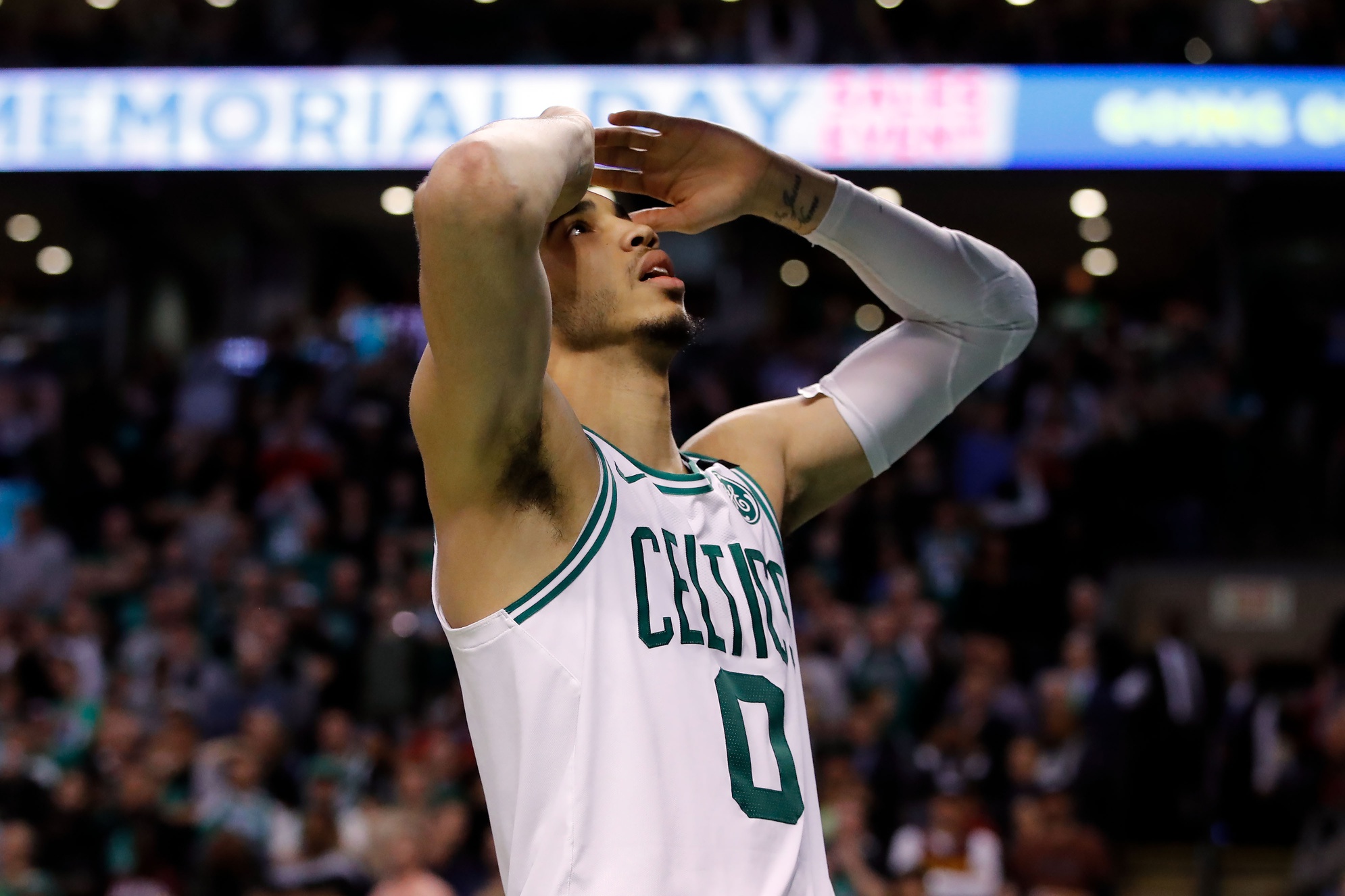 Game 7 Recap: Celtics save their worst for last

I love this team. Just a gritty bunch of blossoming youngsters and gutsy players. The future is ridiculously bright for this team.

But… tonight was BRUTAL.

The Celtics offense – an Achilles heel all season long – bottomed out tonight in Game 7 of the Eastern Conference Finals. The Celtics fell to the Cavaliers, 87-79, in a game that was right there for the taking.

It wasn’t just about the horrible shooting (35% FG, 18% 3 FG). It was about the lack of movement and passing. And the dribbling. Oh my god, the dribbling. This stat (from some point in the 3rd quarter) pretty much summed it up:

Al Horford started great (14 points) but could muster just 3 points in the 2nd half.

Now let’s talk about JAYSON TATUM. The rook (24 points, 9-17 FG, 7 rebounds) was magnificent. And despite this gut-wrenching loss we’ll always have this moment:

OH MY GOD JAYSON TATUM JUST KILLED LEBRON JAMES AND LET HIM KNOW ABOUT IT pic.twitter.com/PlM0WXXJA0

LeBron’s the greatest player in the history of civilization on this planet and all others. Now let’s talk about something else, ok?

This “block” by LeBron was actually a foul. And despite repeated slow-mo replays, neither Mike Breen, Jeff Van Gundy or Mark Jackson had the balls to mention that it was an obvious foul.

LeBron just tossed Rozier into another galaxy and stared his ass down the entire court lolllllll pic.twitter.com/NoIv4ME2qG