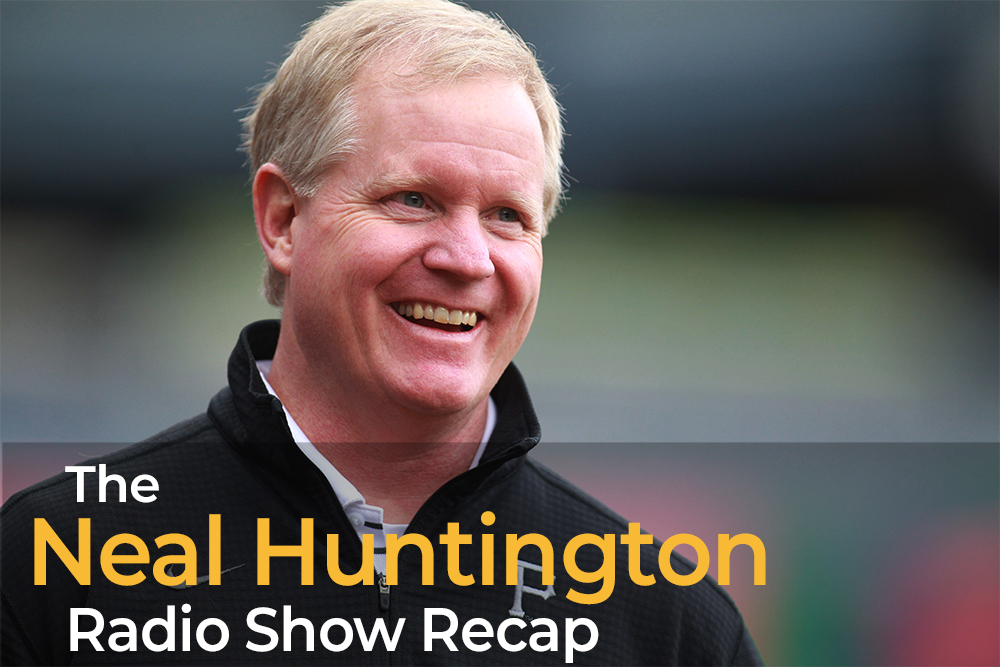 Pittsburgh Pirates general manager Neal Huntington makes a weekly radio hit on the team’s flagship radio station 93.7 The Fan. Each Sunday, Locked on Pirates will bring you a recapping of Huntington’s show, picking out the best tidbits from the show, hosted by Greg Brown. Let’s get started.

All quotes are direct from Neal Huntington as told to host Greg Brown:

On the tough decision to DFA George Kontos:

It was very tough, and Geroge came in last year, traded Tony Watson and then acquired Kontos, really helped to stabilize the bullpen. Unforutnately, it just didn’t work the way we wanted it to. At the end of the day, we felt it was the right move to keep these guys that had been throwing much better and let them continue to grow.

On the decision to keep Austin Meadows in the major leagues:

He needs to play. It makes zero sense to have a young prospect on your club, if he has development remaining, it makes no sense to have him here and not play. The thought that we could use Meadows to give Gregory Polanco some off days; we need to be cognizant of the fact that Starling Marte is coming back from injury, we need to be smart..and Corey Dickerson, as well as he played, has never played 100 games in the outfield before, which he is on pace to do. So, for a stretch of time, we can get him [Meadows] consistent playing time…we don’t know how long this may last…but we will play it out as long as we can. This is not a “fourth outfielder” type of situation, this is a “four outfielders” situation.

That was about as efficient of a start as we’ve seen in a long time. I heard that it’s been decades since someone’s gone seven in less than 70 pitches. He kept making pitches, kept using his weapons, was out in the middle of the plate but got soft contact. He attacked the zone, showed velocity, showed command. That was a fun outing. The signs of what he can be showed up that day.

Reacting to the outcry for Polanco to be sent down to AAA:

The AAA players can’t counteract what that player needs to get better. Gregory Polanco is not going to get better against AAA pitchers, because they can’t do what major league pitchers can do. To just say “send him to the minor leagues to get right” …sometimes it takes the major leagues to help someone get right.

On how Austin Meadows has been able to see success so early since joining the Pittsburgh Pirates:

He’s simplified his approach here; he’s up and competing in the batter’s box. It’s a simpler approach, it’s quiet mentally because he’s just trying to compete..there were times in the minor leagues that; guys hit the narratives so he kept hearing that he had no power, so he started to press. Austin missed a lot of hittable pitches that way.