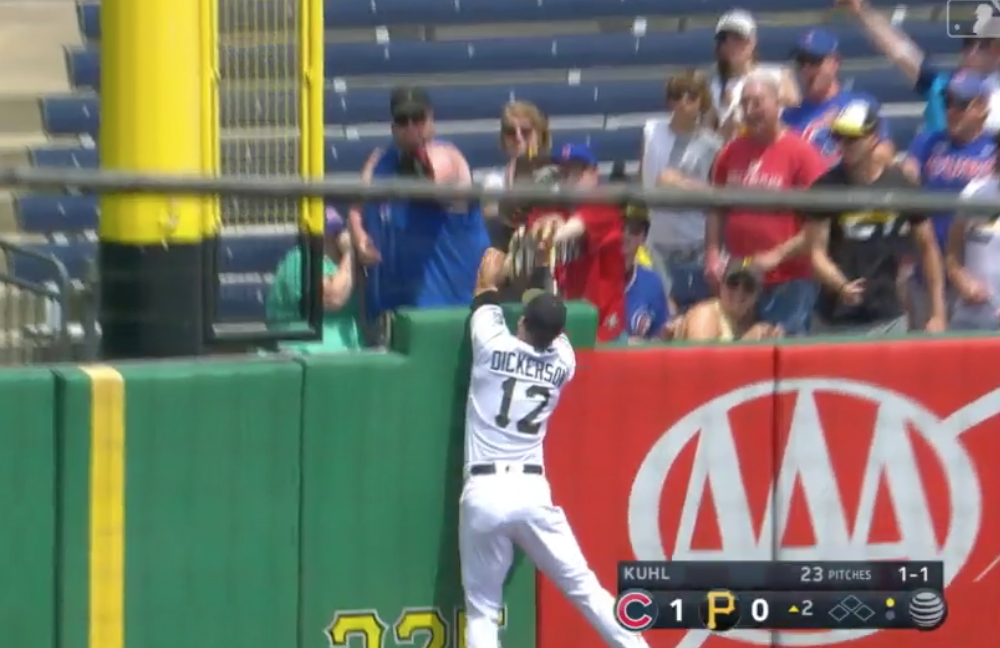 Pirates outfielder Corey Dickerson flashed the leather in front of the home crowd at PNC Park on Memorial Day.

The Cubs destroyed the Pirates, 7-0, but it could’ve been even worse, had it not been for Dickerson.

Cubs slugger Kyle Schwarber came to the plate in the top of the second inning, with his team already up 1-0, and he crushed a pitch from Chad Kuhl down the left-field line.

It appeared headed for the stands, but Dickerson timed his leap perfectly, reached out and snagged it — robbing Schwarber of a home run.

COREY DICKERSON! WHAT A CATCH

There was a bit of luck involved there when he reached out with his glove, but it was still a fantastic catch nonetheless.