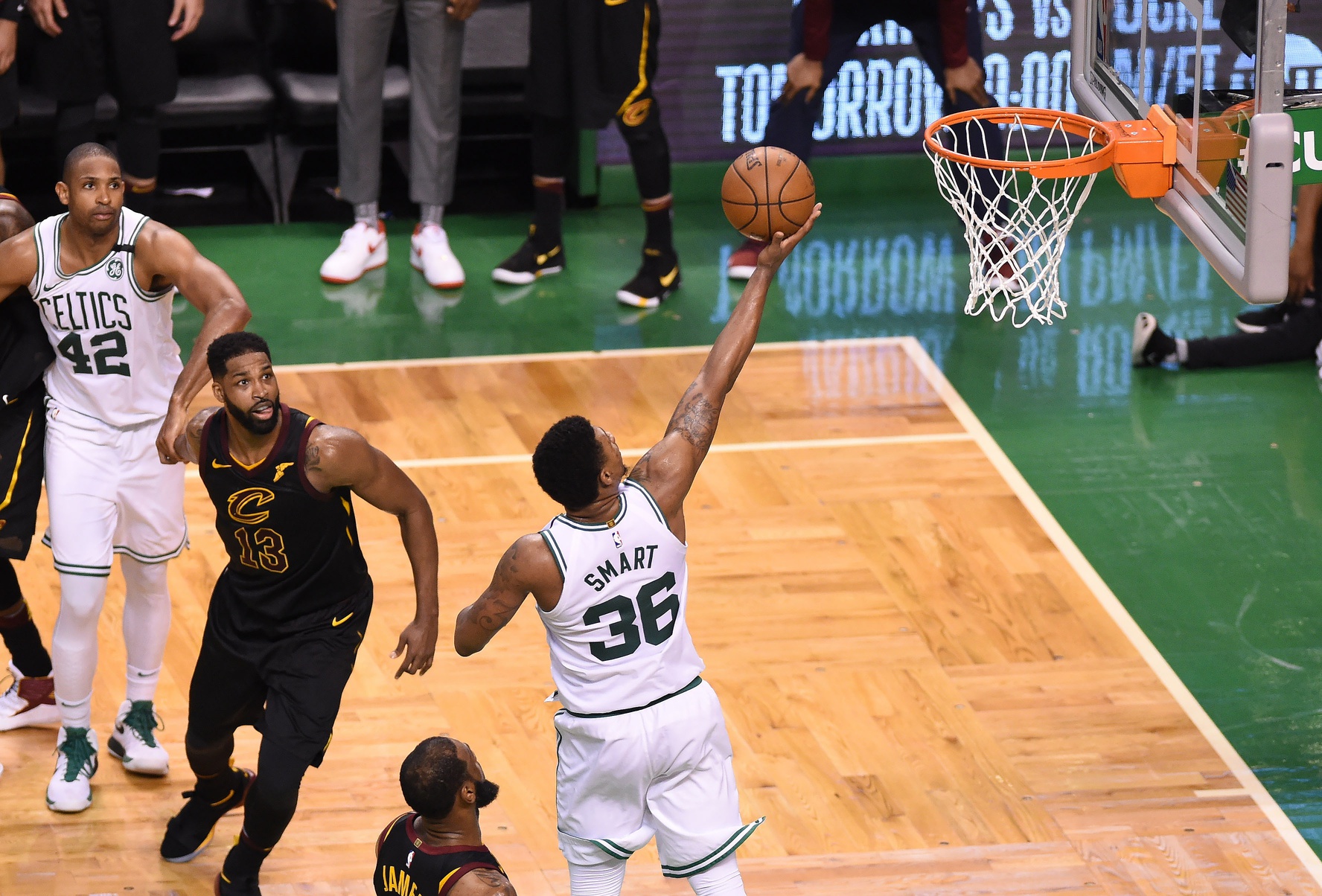 Asked about how Marcus Smart fits into the “big picture,” Danny Ainge doesn’t skip a beat: “Other than the big picture in his bathroom in LA, it was a pretty good year.” pic.twitter.com/te6EgCLviG

Ainge is, of course, referring to the picture frame that Smart punched back in January that resulted in a severe laceration that kept him on the sidelines for about two weeks.

Danny is never shy when expressing his adoration for Smart and his style of play. But that doesn’t mean he’s going to overpay Marcus.

While Smart is dreaming of a new contract with an AAV in the $12-$14 million range, ESPN Insider Bobby Marks believes he’s at least a year away from such an offer:

Smart will meet with teams this summer but could be hard-pressed to see offers north of $8.6 million.

The guard is impacted by three factors: the lack of teams with cap space, depth at starting point guard and the finances of the Celtics in the future. Will another team invest $10 million to $12 million on a player to come off the bench?

Maybe in 2016 when the cap spiked, but not two years later.

For the reasons above, don’t be surprised if Smart signs his $6 million qualifying offer and enters free agency in 2019 as an unrestricted free agent. Unless, of course, Boston makes an offer with the intent of using the contract as a tradeable asset.

FWIW, Smart sounds like a guy who expects to be back.

Smart said that, during exit interviews, Celtics brass talked as if he’d be back next season. Smart: "They’re already planning for me to be here."

A possible four-year, $107 million extension is $80 million less than what Irving can receive from Boston as a free agent and $30 million less than another team could offer. Coming off left knee surgery in 2015 and this past April, there is a risk for Irving to play out the remainder of his contract. While there is a safety net in his $21.3 million player option in 2019-20 in case he suffers another injury, locking in $107 million guaranteed reduces the risk in case of another setback.

If he has another knee injury, it is unlikely that a team would pay him a starting salary of $32.4 million in 2019, especially with the unlikelihood that his knee is insurable.

While we might not be expecting a blockbuster trade this summer, there’s still plenty to shakeout in the off-season.