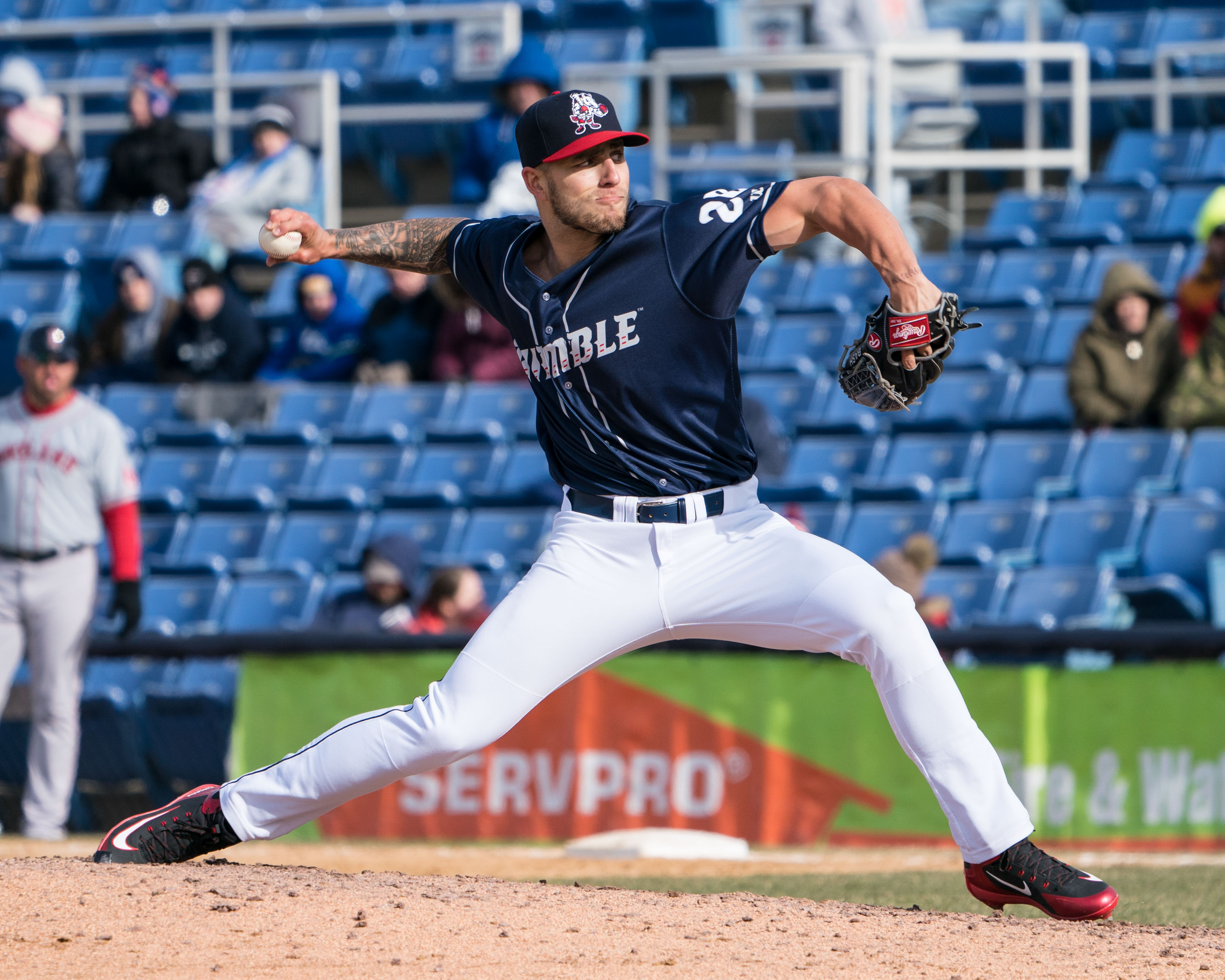 The New York Mets have clear bullpen issues right now. A.J. Ramos has been awful, pitching to an ERA north of six, while Jerry Blevins can’t get lefties out. The bullpen’s most reliable arms are closer Jeurys Familia and three multi-inning relievers: Robert Gsellman, Seth Lugo, and Paul Sewald. That group may get weaker if the Mets are forced to put Lugo back in the rotation due to the continued struggles of Jason Vargas, so the Mets need some of their younger relievers to step up and force their way to the majors. One guy to watch in this regard is Tyler Bashlor, and he is the focus of this week’s edition of Minor League Mondays.

Bashlor, the Mets’ 11th round draft pick out of South Georgia State in 2013, was a pretty non-descript minor leaguer until last season. Between Single-A St. Lucie and AA Binghamton last season, Bashlor was 3-2 with a 3.44 ERA, compiling a ridiculous 84 strikeouts in 49.2 innings pitched. Those numbers caught the attention of Mets’ General Manager Sandy Alderson, who protected Bashlor from the Rule V draft over the winter. Bashlor spent spring training with the big club in camp before being sent back to Binghamton to start the season, where he has gone 0-1 with a 2.60 ERA in 14 appearances, striking out 23 batters in 17.1 innings pitched. Opponents are batting just .186 against Bashlor so far this season, who has used his lethal fastball (which can touch 98 miles per hour) to rack up the punch outs.

Bashlor should be a factor for the Mets’ bullpen soon, especially with guys like Hansel Robles and Jacob Rhame failing to take advantage of their opportunities to earn more responsibility with manager Mickey Callaway. That chance could have come as soon as this week, but Bashlor recently landed on the 7 day disabled list. Once Bashlor’s injury heals, he could make himself a strong consideration for a big league promotion if he continues to make Eastern League hitters look silly.