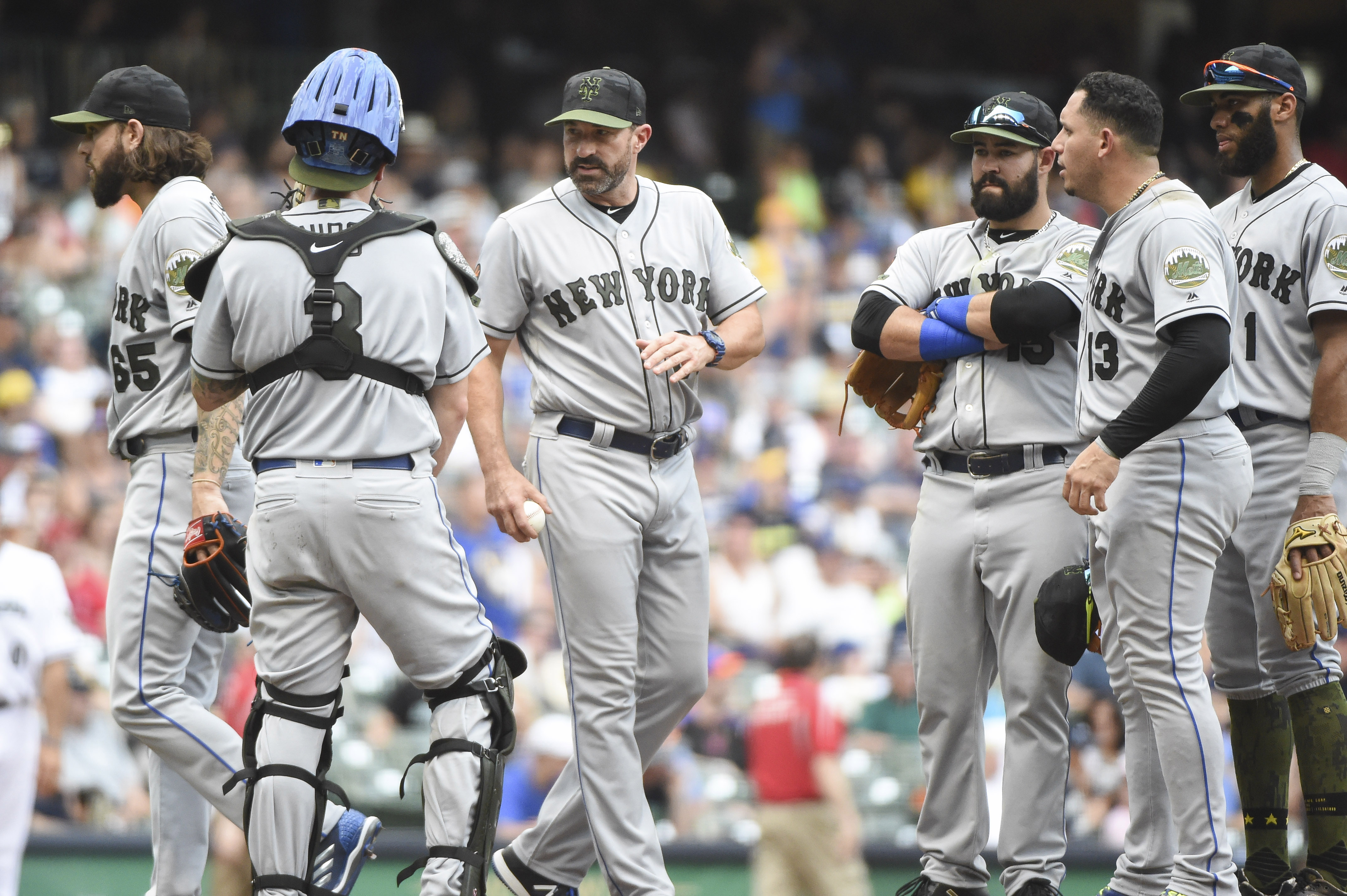 First off, it’s fair to say that this is all Rob Drake’s fault. Robert Gsellman’s 3-1 pitch to Jesus Aguilar was a strike, and Gsellman should have gotten at least one more pitch to get him out. But once Aguilar walked to put two runners on, Mickey Callaway had a familiar decision to make. On Friday, after Gsellman threw 1 and 2/3’s innings, Callaway brought in Jerry Blevins to face Christian Yelich because it’s Blevins’ job to get lefties out. Blevins, who hadn’t been doing this job all season, didn’t get Yelich out either.

So on Sunday, after Gsellman pitched two-thirds of an inning only giving up an infield single and a walk, Travis Shaw was coming up. Callaway had the choice of doing the same thing as Friday, which didn’t work, or … he could have attempted to reverse the curse of Friday’s immunity idol, and kept Gsellman in the game and try to do something different. Instead, the tiki idol remains cursed and Callaway gets to spend the night at Ghost Island. Blevins came in to face Shaw, gave up a run scoring single, left the game, took the loss, and put an arrow through my heart.

Trust me, I’ve heard all the arguments for bringing Blevins in:

I doubt the next seven days will be ruined by Robert Gsellman facing one more batter.

While this may be true, I think you can stick with Gsellman for one game rather than letting Blevins work out of his problems in a game the Mets had to have … and do it all without taking the drastic measure of DFA’ing Blevins yet. If you’re managing to win and managing the situation, as was advertised by the Callaway hire, then Gsellman stays in after what happened on Friday. But Callaway managed by the book and it burned him.

I’m not going to use this one moment to make declarative statements on the competence of Mickey Callaway. Not after two months. But I’m not thrilled with seeing how many times it’s going to take bringing a struggling Blevins into a key situation before we come to the conclusion that he’s a liability. I get that Blevins has been an overwhelming positive in the past couple of seasons and deserves the benefit of the doubt, but for how long? And at what expense?

All that said, Callaway’s decision on Sunday, while I don’t agree with, is simply a byproduct of what’s left in the pen. There aren’t a lot of options, and if the options that are left don’t get the job done, there’s nothing Callaway can do. Also, Mickey probably didn’t want to dry hump Blevins at that point. I get it. But I wasn’t crazy about going to that well again. There has to be something, anything, different that the Mets can try.

Oh, and stop resting Brandon Nimmo, please? A 25-year-old (with a .429 OBP) should be able to play three games in a row. Thanks.