Trey Burke Reestablishes Himself As NBA Guard With Westchester Knicks 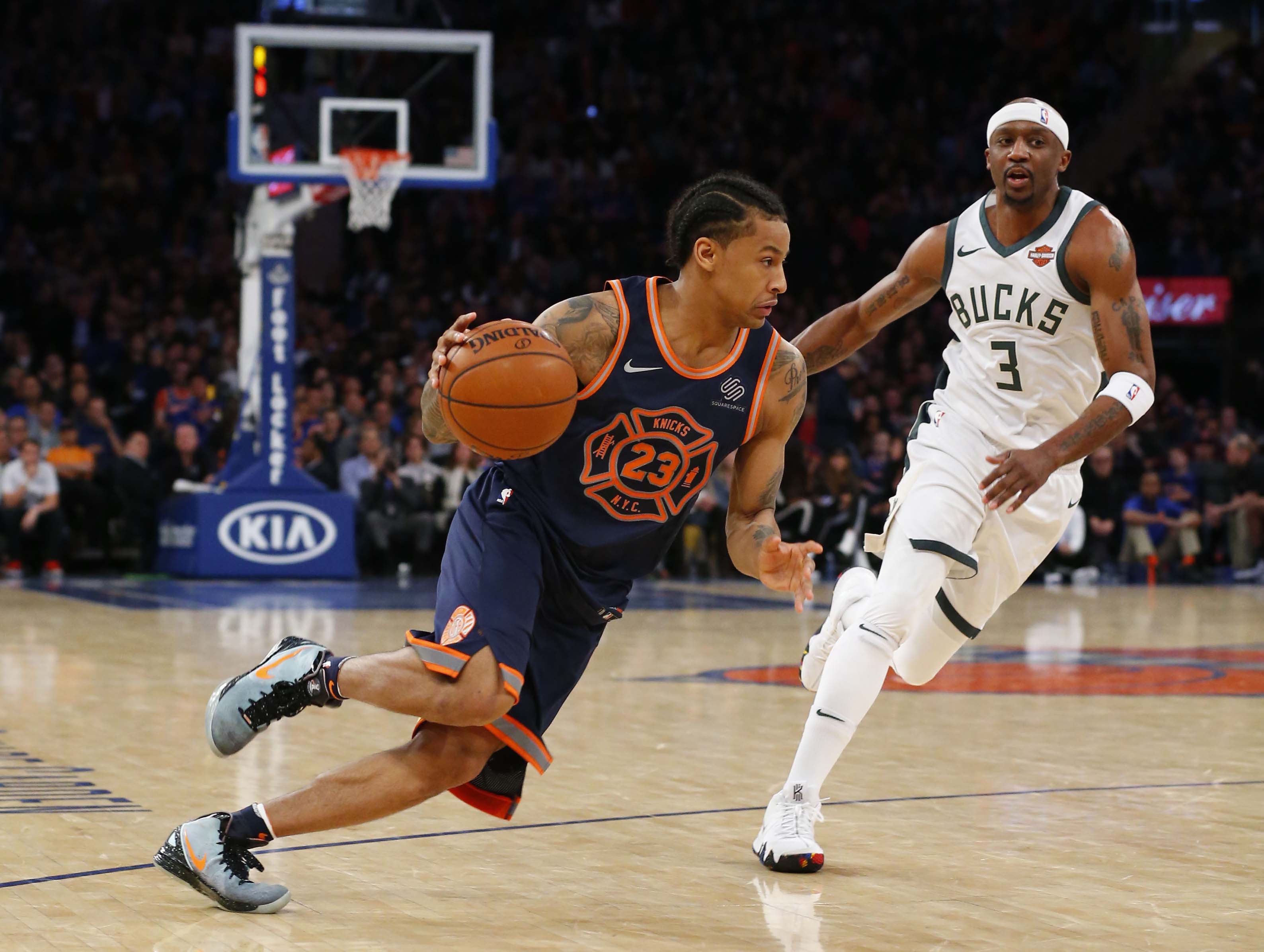 Trey Burke Reestablishes Himself As NBA Guard With Westchester Knicks

Trey Burke had the option to start his fifth year in the NBA, but opted to head the G League route. He had an opportunity with the Oklahoma City Thunder, Houston Rockets on a two-way contract, and New Orleans Pelicans, but opted to reestablish himself with the Westchester Knicks.

Throughout his tenure in Westchester, Burke established himself as a veteran amongst a talented core of young players. He, along with Xavier Rathan-Mayes, formed one of the top backcourts in the G League. Both players were able to play off of each other, which also included Burke establishing an improved perimeter game. The 25-year-old guard was able to establish more confidence in his game through his high level production he showed on a nightly basis.

The former Westchester guard finished with a franchise record 43 points against the Delaware Blue Coats in his second G League game. The offensive firepower he displayed against Delaware helped push the Knicks to the win. His 39 point and 43 point performances rank in the top five scoring games in Westchester’s franchise history.

Not only did Burke make an improvement in his three-point game, he started to show more on the defensive end. He had several segments against the Canton Charge where he was able to show his intensity on that end.

The guard finished third in the G League Most Valuable Player voting. He was named to the Midseason All-G League Team and secured a spot on the G  League Third Team. Burke became the first Westchester player to claim a G League Player of the Month honor and earned the Player of the Week awards.

Burke signed with the New York Knicks on January 14 and became the fifth Westchester Knick to earn a call-up. In 36 games with New York, he showed to be a valuable acquisition since he was able to add scoring and his ability to be a facilitator. The Knicks guard recorded a career-high 42 points against the Charlotte Hornets and tied his career-high in assists in a game with 15 dimes. Burke is under contract with New York for next season.