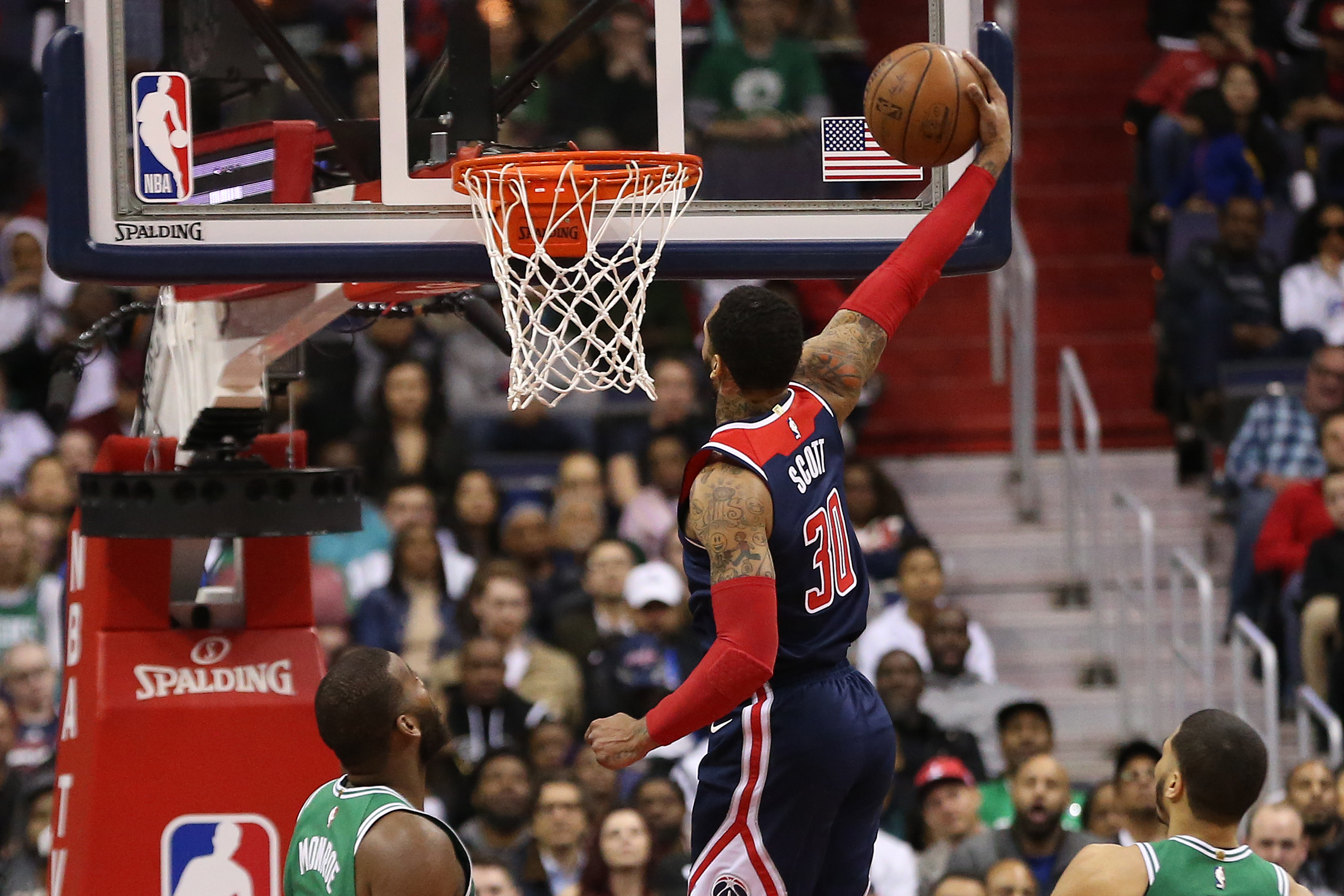 Out of all of the offseason moves that the Washington Wizards last year, only one was a success by signing Mike Scott to a veteran’s minimum $1.7 million contract. At least it was a home run signing as they bought low and received high production. After a disappointing season the prior year with Atlanta that saw him deal with injuries, legal trouble, and eventual waiver, Scott was one of the feel-good stories of the year in D.C.

Although there is some good faith that Washington took a chance on Scott and the power forward enjoyed having hometown friends and family in the area to unwind with, the former Virginia star will likely not be back with the Wizards. If Scott is trying to cash in with a nice contract, which no one would blame him for, then he will be priced out of Washington’s range as they will likely only be able to offer another veteran’s minimum contract or a tax-payer’s mid-level exception.

The Best of Mike Scott Off The Court

Mike Scott thanks the #Wizards for the opportunity. Last year at this time he was: "Laid up at home, not doing shit.

The sad part is that he is going to be the one guy Washington won't get back next season. pic.twitter.com/W5kD7TSDYl

The Best of Mike Scott On The Court

Please stop leaving Mike Scott on the bench at times.

Your daily reminder that Mike Scott is playing on a $1.7 million veteran minimum contract. pic.twitter.com/3bIdohbtLD