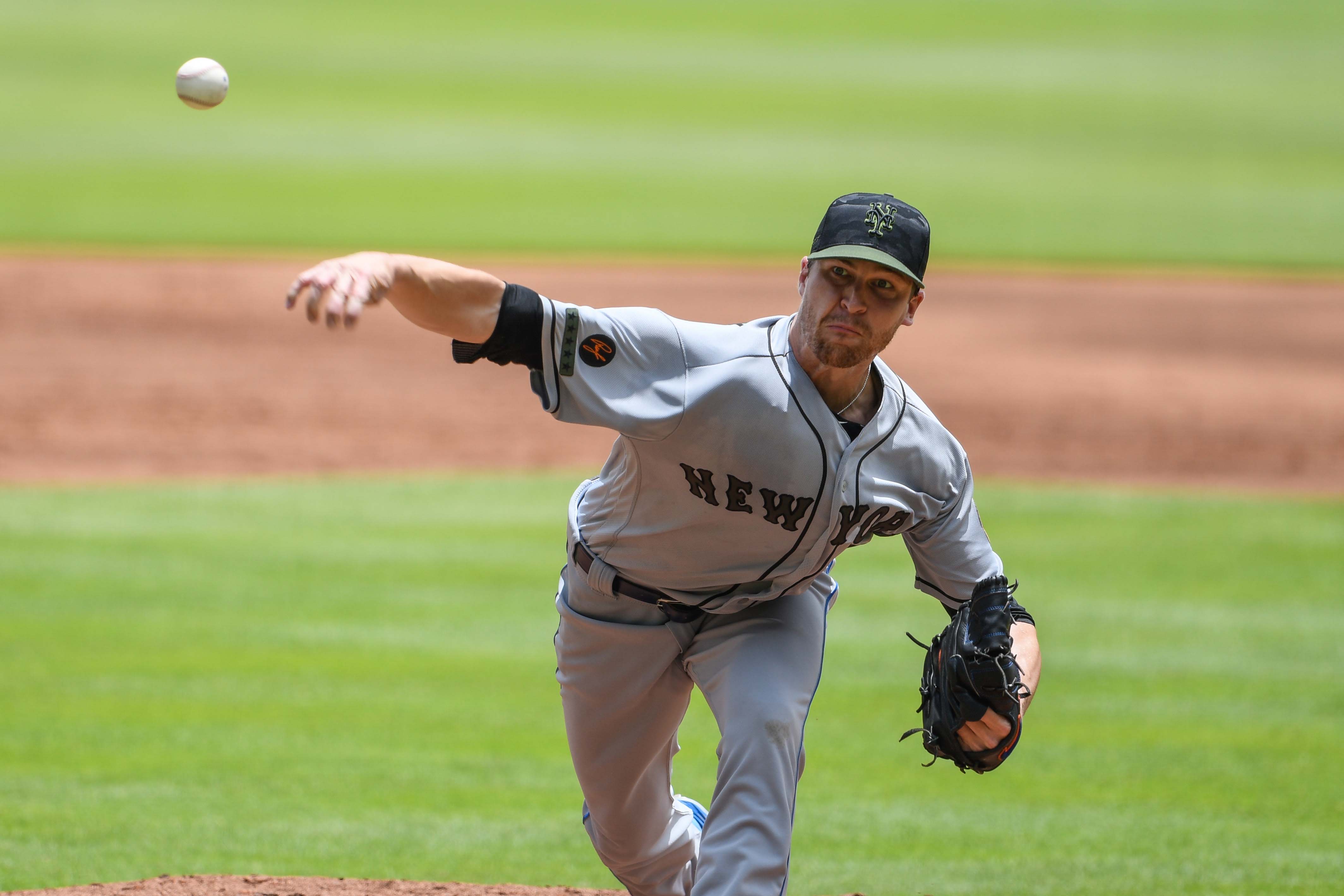 In case you’ve been living under a rock for the past two months, the National League’s best pitcher in 2018 works in Flushing. New York Mets’ ace (and he is the ace, MLB Network) Jacob deGrom has been sensational this season, leading the National League with a 1.52 ERA. deGrom has also posted a 1.01 WHIP, struck out 85 batters in 65.1 innings pitched, and has held opponents to a .200 batting average against him. The one negative for deGrom is that his record is only 4-0 as a result of the Mets’ complete ineptitude in games where he pitches.

In spite of deGrom’s brilliance, the Mets are just 5-6 in games that he has started this season. This is not deGrom’s fault in any way, especially since he is on a tear of late, allowing only two earned runs in his last 40.1 innings pitched dating back to April 21st. That amounts to an ERA of 0.45 over his past seven starts, and the Mets are a whopping 2-5 in those games. Let’s take a look at why the Mets have been so terrible when their ace is turning in dominant performance after dominant performance:

deGrom has received little to no run support from the Mets’ offense. Over his last seven starts, the Mets have scored just 17 runs, giving deGrom on average just 2.42 runs per game in support. That number drops to two if you take out the April 27th start in San Diego, where the Mets scored five runs in a victory for deGrom. deGrom has received only one win and five no decisions over the other six starts, and the Mets are 1-5 in those games.

The Mets’ bullpen hasn’t been great this season, but they are particularly bad when deGrom pitches. Since the start of deGrom’s career in 2014, he has left the game with a lead only to watch the bullpen blow it for him 22 times. This season has been particularly problematic, with closer Jeurys Familia blowing three of his four saves in games that deGrom has started, including having a hand in the bullpen meltdown against Washington back on April 16th. Seth Lugo was the guilty party yesterday, giving up two runs in the eighth to hand deGrom a no decision and taking the loss in the ninth.

If you combine both of those factors, it’s easy to explain why deGrom has been the best pitcher in the National League and only has four wins to show for it. deGrom could easily be 7-0 and a Cy Young favorite, but the Mets’ failure to support their ace could cost him the award when all is said and done. Nationals’ ace Max Scherzer is putting together a strong case for the Cy Young himself, going 8-1 with a 2.13 ERA and striking out 108 batters in 71.2 innings pitched. Philadelphia Phillies’ righty Aaron Nola is also having a solid year, going 6-2 with a 2.27 ERA in his first 11 starts. Those two and deGrom figure to be the top three contenders right now, and if they keep up their respective performances wins may be the deciding factor.

It would be a travesty if deGrom finishes with an ERA nearly half a run better than Scherzer or Nola but loses the award because they end up with 19 wins as opposed to the 12 he’ll get at his current pace. One would hope that the Statcast era would help deGrom’s candidacy, but a lot of old school voters emphasize the win-loss record, which will hurt deGrom because the Mets have blown a bunch of his chances to win games. This also hurts the Mets as a team because they are getting dominant outings from a tremendous pitcher but failing to win the games, which they will look back on and regret if they miss the playoffs by a handful of games. deGrom has done his job, but the other 24 players on the roster haven’t done much to help him out.