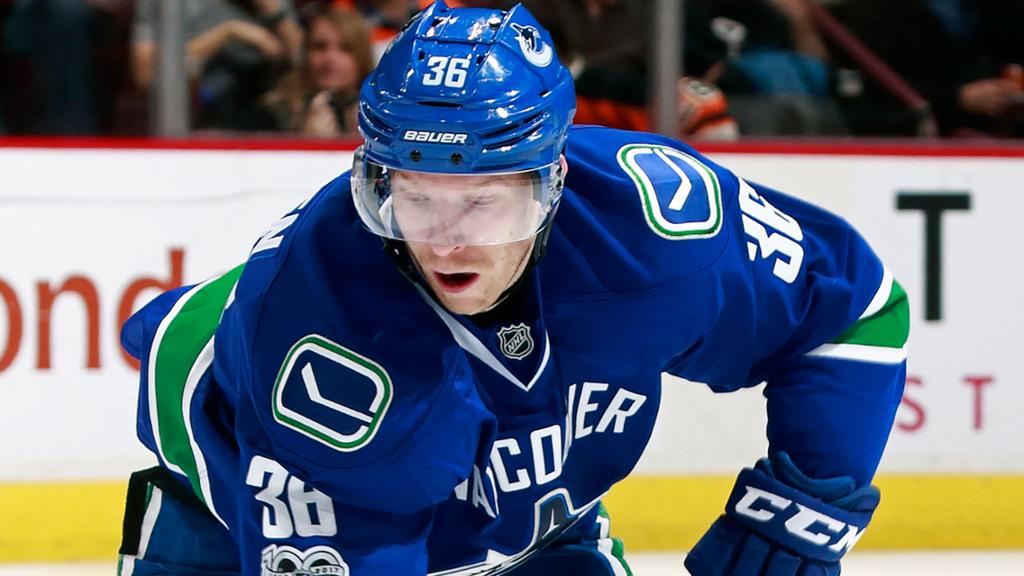 Sometimes, players simply don’t fit with a particular team or system. For Jannik Hansen, the San Jose Sharks were a terrible fit for him and his skill sets. A strong two-way winger with offensive pop during parts of ten seasons with Vancouver, Hansen was dealt to the Sharks at the deadline in 2017. He never adapted, and struggled through parts of two seasons.

Now, Hansen will be heading to free agency looking to repair his image and re-establish himself as a middle-six NHL forward. It’s players like this, good but coming off of a bad year and needing a second chance, that the Oilers should be targeting this summer.

Could Edmonton get Hansen on a value deal? More importantly, is the veteran a fit for the Oilers?

The Vancouver Canucks were selling at the 2017 deadline, while the San Jose Sharks were buying and looking to bolster their forward group. The club gave up a conditional draft pick and prospect Nikolay Goldobin to acquire Hansen. Unfortunately for player and team, Hansen never filled the desired role.

He posted 2-5-7 in 15 regular season games to end the 2016-17 season, then added one assist in six playoff games against Edmonton. This past season, Hansen played in only 46 games, often finding himself as a healthy scratch. He posted just 2-12-14, the worst numbers of his career.

He never fit with the club, and now finds himself on the outside looking in as his contract expires.

Hansen is a very strong skater and would help improve the team speed of the Edmonton Oilers. He’s a smart player too, excelling at the two-way game when he is at his best. On top of that, Hansen is a strong checking forward and isn’t afraid to play physical, something that would appeal to the Oilers and their fans.

Offensively, prior to this nightmare season, Hansen was always a fine point producer. You would never count on him to drive a line or be the focal point, but he was a capable secondary producer. In 2015-16, his last full year in Vancouver, he posted 22-16-38 in 67 games. The Oilers would be thrilled to get that off their second or third line after this past season’s results.

Hansen averaged just 12:02 TOI-per-game when he got into the lineup in 2017-18, indicating he was nothing more than a bit-part for the Sharks. He did post a Corsi For % of 50.7%, which indicates he sawed off possession. Not everything was bad for this player in ’17-18.

Here’s a look at Hansen’s scouting report via The Hockey News.

Assets: Skates really well and can be a great checker. Possesses good hockey sense. Produces offense in chunks. Is quite defensively aware and makes his linemates better. Can play either wing position effectively in the NHL.

Flaws: Has a tendency to pass up too many quality shots in order to distribute the puck. Could stand to have more strength so as to better compete with bigger defenders in the corners, since he is often a target for opponents.

When he is on his game, I think Hansen is a very serviceable third-line right winger in the NHL. Should he return to form, he would fill that hole for the Oilers. He’d join Zack Kassian as the only veteran options on the ride side.

If Hansen returns to form, a bet I’d be willing to make, then he’d end up playing exactly where he should in Edmonton; third line right wing on a two-way trio.

Hansen will be eligible for a Seattle expansion draft. I can’t see him getting more than a year on a contract this summer, however, so it isn’t something teams should worry about just yet with regards to him.

Hansen is coming off of a four-year contract that paid him $2,500,000 on the cap each season. After a disastrous tenure in San Jose, I could see the 32-year old taking a one-year deal to extend his NHL career and potentially setting up for a better payday next summer.

Could a one-year deal at $1,500,000 get it done for this player? I think it very well could as questions begin to rise about a potential decline in his career.

The Edmonton Oilers are in need of wingers, preferably cheap ones that can be considered value contracts and contribute offensively. Jannik Hansen isn’t perfect, but he’s a low-risk, high-reward kind of option.

If he returns to form, he’s a strong two-way winger that can contribute offense. He’d help the team speed, the defensive awareness of the forward group, the penalty kill and the offensive issues this winger group had a year ago.

There’s also a chance he truly has flamed out, much in the way that Jussi Jokinen did. It’s a risk that I’m okay with the Oilers taking, mainly because the contract shouldn’t be an issue.

Peter Chiarelli alluded to fixing the bottom-six when he spoke last week. If that truly is his goal, then looking at Hansen would be a wise decision.