Terry Rozier is ready to challenge Kyrie Irving... from the bench 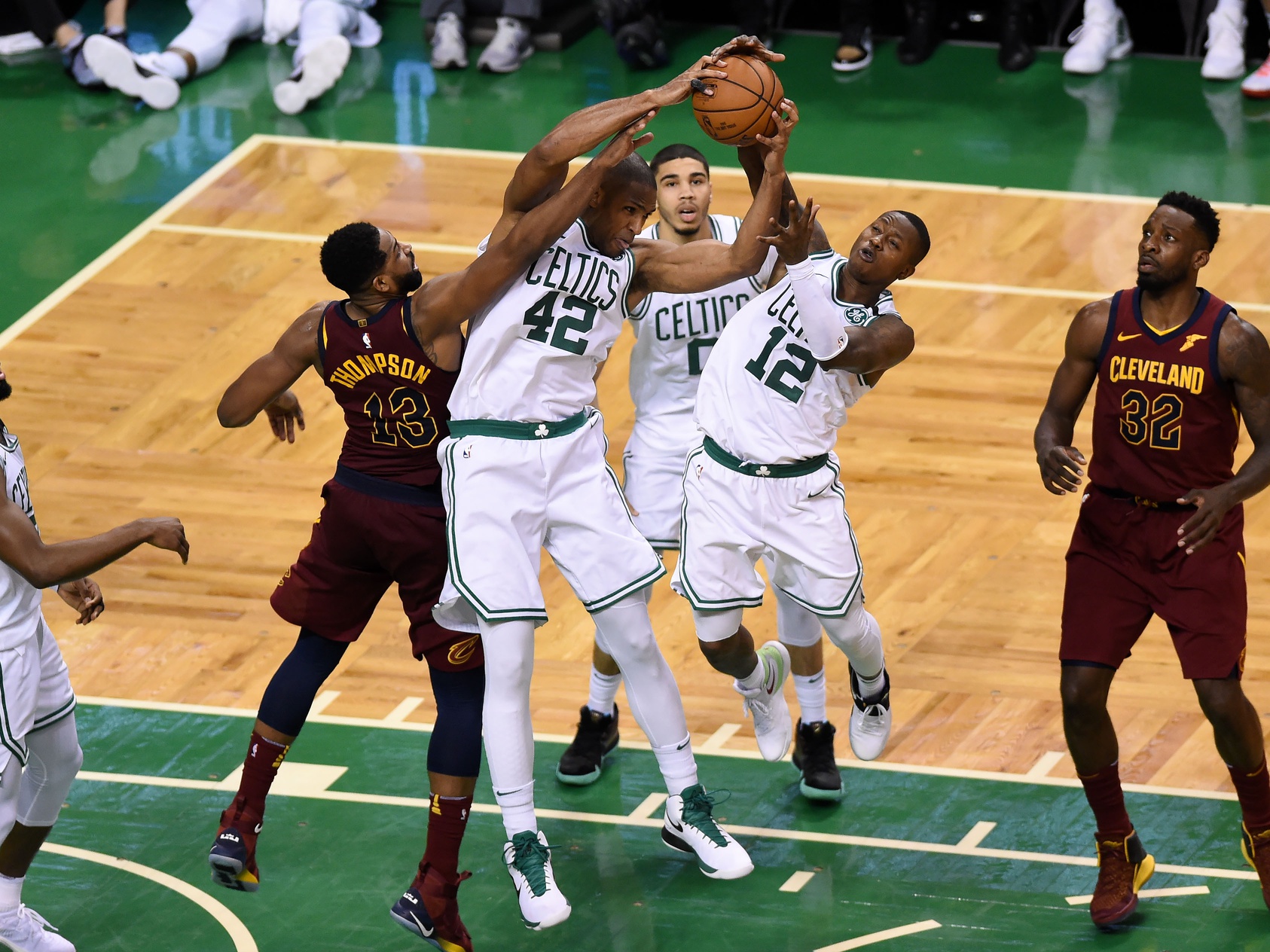 Terry Rozier is ready to challenge Kyrie Irving... from the bench

We’ve gathered up some excerpts from the players exit interviews on Monday.

Terry Rozier handled the Celtics game 7 loss in the Eastern Conference Final professionally, although he was still bothered by it Monday morning.

I did a lot of reflecting. I barely slept last night. It was tough. We had big goals. We all had the same goals this year, so it sucks to come up short. If we had lost Game 7 to Milwaukee, when we played Milwaukee, obviously it wouldn’t hurt as bad as this one. But it’s a game we feel like we could have won, we should have won.

Boston Globe: Here’s what Danny Ainge and the Celtics had to say at their exit interviews

It’s cool to see that even after most people had written this team off with all the injuries, the team’s goal never changed. The goal is to win championships, regardless of the players on the roster. A lot of players would have checked out as soon as the stars went down, but not Terry. With the help from guys like Terry Rozier, the Celtics were able to will their way further than any of us could have hoped, and it still wasn’t far enough for him. Winning. Mentality.

Terry was honest when asked about his role next season with the return of Kyrie Irving.

Obviously, Kyrie Irving is Kyrie Irving. And I would never take nothing away from that. I’ll never go out and try to step on no one’s toes. But I’m going to challenge him every day. And it’s going to be a lot of fun. And I’m going to pick his brain every day just like I did as much as I could this year. I’m looking to make him work and I know he’s going to make me work.

Terry is right, Kyrie Irving is Kyrie Irving. And Kyrie Irving is one hell of a basketball player. Terry knows the deal. He knows when Kyrie Irving makes his return next season, he will likely be moved back to a second unit role. His best shot at becoming a starter in this league, which at this point seems incredibly likely, is to do exactly what he said he’s going to do. Try and pick Kyrie Irving’s brain and challenge him daily. We’ll see how that goes.

When asked about getting blocked by Lebron in the fourth quarter, Terry Rozier laughed it off.

Any time you see LeBron at the hoop, your eyes should light up, especially watching him at a young age, somebody that — you know, LeBron James, everybody knows who he is. Next year I’m going to catch him. I’ll get him next year. [Smiles.] But he blocked me a lot.

Terry Rozier will put Lebron James on a poster next season. You can bet on that.

The ever so calm Jayson Tatum did not have much to say about the Game 7 loss against the Cavaliers.

It was tough. We had something special this year, so when it ends like yesterday, everyone took it pretty hard.

Well, that is something we can all agree on. The 2017-2018 Celtics were something special. Though tough, losing in the conference finals should not demean anything the team accomplished this season.

Most would have expected a 20 year old kid to be over the moon about throwing down a dunk on Lebron James, but like his thoughts on the Game 7 loss, he just made a brief comment and moved on.

Not too many people say they can do that.

When asked about what his off-season plans were, Jayson Tatum told us exactly what we all wanted to hear.

A stronger Jayson Tatum is a scary thing to think about… if you’re a fan of any other NBA team besides the Boston Celtics. Once his body fills out more, there really will be nothing holding him back from being a legitimate superstar in this league.

On the return of Kyrie next season and what it will be like to play together again, Tatum tells us he is excited about the future but also appreciative of the opportunity to play alongside him and continue learning from him.

I can’t wait until next year. He is one of the best players in the league. It was incredible watching him play, playing alongside of him and just learning from him each and every day.

Kyrie and Tatum, together on the basketball court again. None of us can wait until next year, Jayson.

Al Horford knows the deal about what it’s like playing for the Boston Celtics, and what the expectations are.

Obviously those expectations are there, but when you play for the Boston Celtics, you’re always thinking winning a championship. That’s why I came here — to be in the position to play in those types of games like yesterday. Kyrie and Gordon know that, and it’s something we’re all looking forward to.

He’s right. The expectation of the Boston Celtics year in and year out is for them to win the championship. Nothing short. With what the team achieved this season, Al is looking forward to what this team is capable with a healthy roster. With Kyrie Irving set to return next season, Al reminds us of what we’re going to get to see yet again with his return next season.

Kyrie is an unbelievable player. You can’t think about what could have been, but when he’s with our team, we’re at another level. That’s just the reality. We didn’t have Kyrie now, but we can count on him moving forward.

In terms of Al’s thoughts on the Celtics roster moving into the off-season, he feels strongly that this group is primed for success.

To be honest, you would be insane if you disagreed with anything Al Horford says here. This group plays and feeds so well off of each other, and it would seem crazy to consider breaking it up at this point. Like he says, roster moves are above him so he doesn’t know what will happen… but Big Al is aware of the heights this group is capable of reaching.

Some #celtics left overs from a great season. This was a fun group to be around! pic.twitter.com/8BzuOfs1U0