The Philadelphia Phillies' plan is working even better than expected 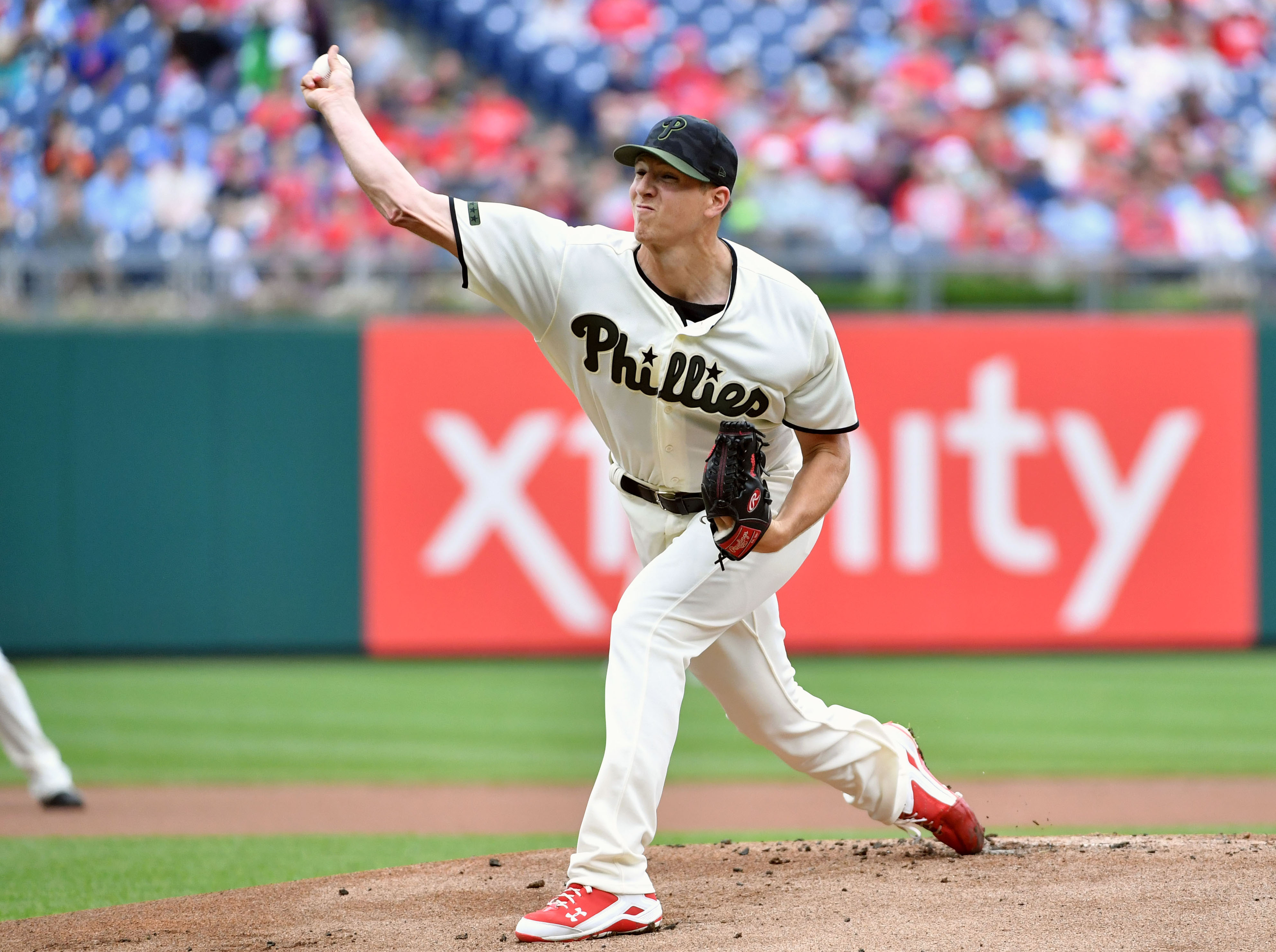 The Philadelphia Phillies' plan is working even better than expected

The Philadelphia Phillies accomplished something over the weekend they hadn’t done since 2011 — they had the privilege of calling themselves a first-place team in the National League East.

For the first time since 2011, the Phillies are in first place in the NL East. 🙌 #BeBold pic.twitter.com/3kli9dTpW2

That 2011 season was the final of five consecutive division titles. Philly has been in the midst of a lengthy rebuild where they haven’t won more than 73 games in a year since 2013. Still, it’s crazy to think the organization hasn’t been in first place for even a day between now and then.

Finally getting over that hump probably felt pretty good. As it currently stands heading into Wednesday’s action, first-year manager Gabe Kapler has seen his squad produce a 29-22 record and are just one game out of first place.

They’ve been one of baseball’s most pleasant surprises despite being just one of the surprises in the NL East (*cough* the Atlanta Braves *cough*). The front office made certain moves this past winter with a certain plan in mind, and things appear to be coming together much better (and faster) than expected.

The Motivation Behind the Spending

The Phillies’ capacity to spend hasn’t come into question in recent years. The actual question, though, was when they were finally going to start investing in the on-field product again.

Based off what we saw this past winter, the groundwork has been laid for what’s ahead. The front office spent a total of $169.25 million to bring in Carlos Santana ($60 million), Jake Arrieta ($75 million), Tommy Hunter ($18 million), and Pat Neshek ($16.25 million) into the fold. That’s a lot of money — especially when considering how dead the winter was overall — but none of these deals are currently on the books for more than three years.

Even with this significant spending, their present-day payroll stands at just under $97 million, which ranks 25th in baseball. That’s a stark contrast from just four years ago, when their $178 million payroll was third-highest in the league. Clearly, spending money when the time is right shouldn’t be a problem.

What about this past winter signaled the time was indeed right, though? Well, they did it with next winter in mind. It’d be hard to convince big-name free agents to join an organization if there’s no sign of progress in a rebuild or a willingness to invest in the team.

Where Is the Production Coming From?

With a home like Citizens Bank Park, one would imagine the Phillies are mashing their way toward early-season success. Not so much.

Odubel Herrera (152 wRC+ in 206 plate appearances) is enjoying what appears to be a true breakout year. Rhys Hoskins, Cesar Hernandez, and Santana have all been assets to the lineup. And heck, even Maikel Franco has been more of an asset than not with a 99 wRC+ in 176 plate appearances.

As a team, though, Philadelphia’s wRC+ sits at 95, which is among the bottom half of the league. They’re averaging 4.47 runs per game, but their current +37 run differential has been made possible by some terrific pitching. The 3.41 team ERA is fourth-best in the National League, and the collective 7.8 fWAR is second-best, looking up to only the Washington Nationals.

The bullpen has been solid, but it’s the starting rotation doing most of the heavy lifting thus far. Although Arrieta has been a welcome addition, his 1.2 fWAR actually ranks third among his rotation mates. Aaron Nola is proving he’s worthy of being in the NL Cy Young conversation (2.1 fWAR in 71.1 innings) and Nick Pivetta‘s surprising start (1.7 fWAR in 58.0 innings) has also helped this club reach unexpected heights through the season’s first two months.

This Winter Will Be Interesting

It remains to be seen whether Philadelphia is an actual contender or if they’ll slowly start fading as summer arrives. Even if they don’t maintain this current pace, the message to players about to hit the open market should be clear.

After a handful of years without seeing any legitimate progress in the win-loss column, Philly finally looks primed to consistently contend in the NL East with an interesting mix of young players and productive veterans.

They could very well be only a piece or two away from reaching yet another level, too. It doesn’t have to be such a monumental investment, like the one Harper or Machado will likely command. But as we’ve already established, the Phillies could easily absorb that kind of commitment due to their current financial status.

This upcoming winter’s free-agent class will be full of big-name players with the ability to make a real impact. Philadelphia will likely be making a splash or two based off their current trajectory as an organization. The plan for 2018 was to just show progress so they could get an invitation to the party. It’s gone so well, though, that they may end up being in the driver’s seat.

And who knows, maybe they’ll find themselves in the midst of a playoff race come August and September.