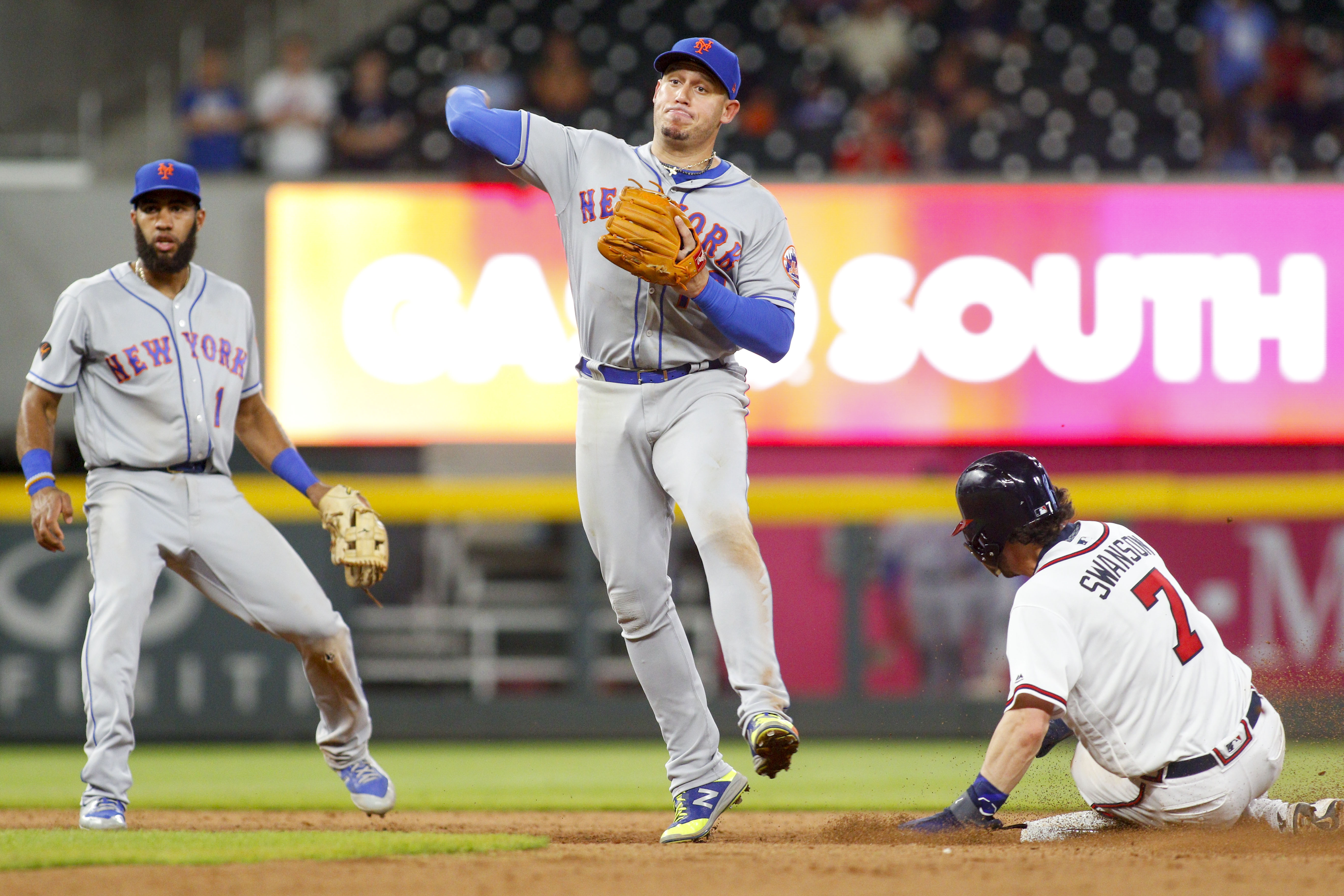 This road trip has become a never ending nightmare for the New York Mets (26-26), who have been ravaged by injuries and bullpen meltdowns. The latest instance for both cases came in last night’s loss to the Atlanta Braves (32-22), when Steven Matz left after three innings with an injury to his left middle finger and the overworked bullpen couldn’t make leads of 4-0 or 6-2 stand up. The Mets are now 2-5 on the road trip after dropping two of the first three games in Atlanta, but they have a chance to salvage a split in the series finale tonight. First pitch for the final game of this four game set is scheduled for 7:35 pm at SunTrust Park.

The Mets will send lefty Jason Vargas (1-3, 10.62 ERA) to the mound tonight. Vargas was awful again last Saturday, giving up five runs in three innings of work against the Milwaukee Brewers despite being handed leads of 3-0 and 5-3, but was spared from a loss because the Milwaukee offense exploded after he left the game. The Mets originally had Vargas slated to start tomorrow night against the Chicago Cubs, but they bumped him up a day to fill in for the injured Noah Syndergaard since Vargas only threw 67 pitches against Milwaukee. The Braves will counter with their ace, Met killer Julio Teheran (4-2, 4.20 ERA). Teheran delivered a quality start last Friday, allowing three runs in six innings against the Boston Red Sox, but got stuck with a loss due to a lack of run support.