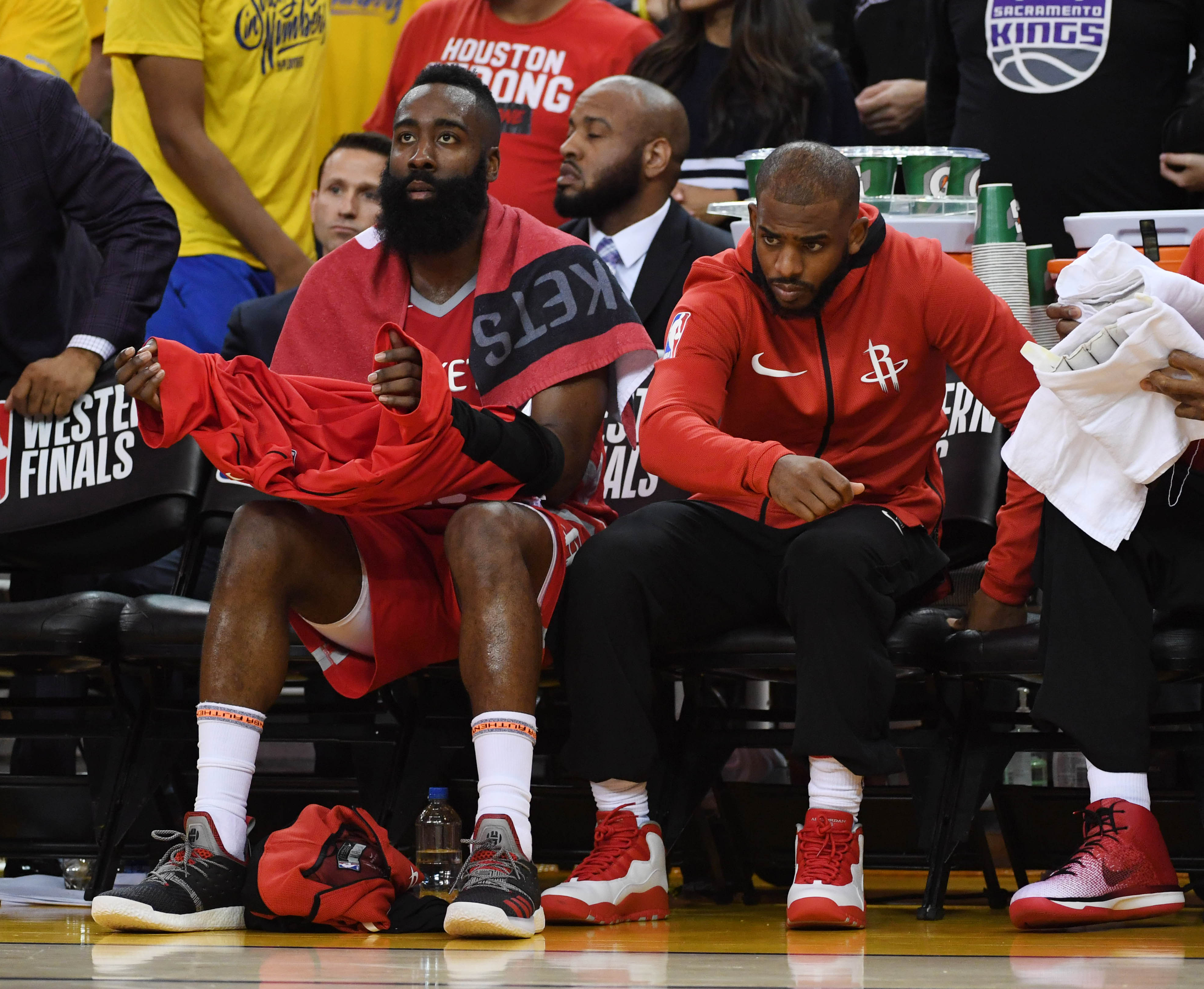 Rockets star point guard Chris Paul missed the final two games of the Western Conference Finals with a hamstring strain, and it was clear that he wanted to be out there on the court more than anything in the world.

All the Rockets had to do was win one of the games and they’d have punched their ticket to the NBA Finals, but it wasn’t to be. And Paul clearly was not happy about it, judging by his reaction while on the bench.

But he’s already trying to do all he can to make the team better, by attempting to recruit the best player in the world to Houston, which Marc Stein of The New York Times reported in his newsletter.

Rest assured that the Rockets’ understandably devastated Chris Paul — who made a fast exit from Toyota Center late Monday night after being forced to watch the biggest game of his life from the bench because of his hamstring injury — has already begun his recruitment of James to Houston.

The interesting twist would be if the Rockets got rid of Paul in a sign-and-trade, because of the salary cap implications. It would be extremely difficult to have James Harden, Paul and James on the books — unless the Rockets wanted to field a five-man team, with no bench. Harden’s max deal makes the situation difficult, but crazier things have happened.