Cincinnati Reds: Scooter Gennett has been on another level for a while 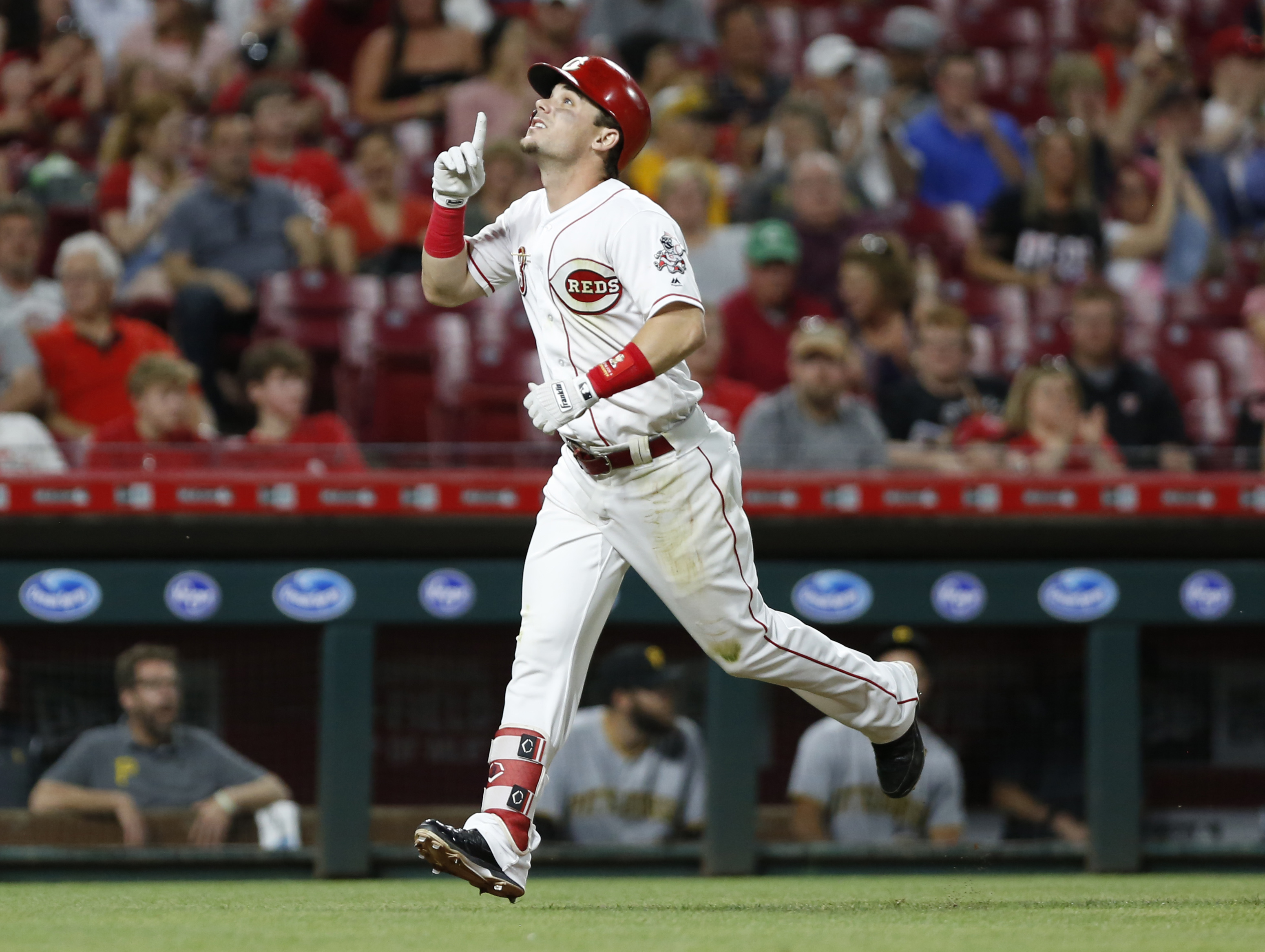 Cincinnati Reds: Scooter Gennett has been on another level for a while

The Cincinnati Reds have dealt with some tough times recently. The last time they enjoyed a winning record was 2013, and after winning 76 games the following year, they’ve failed to tally more than 68 victories in a season since.

With a 19-37 record heading into Wednesday’s action, there’s a good chance Cincy will fail to crack the 70-win mark once again. The pitching staff has been horrible throughout this rough rebuilding process, but the offense has featured some intriguing players.

Joey Votto is the first name anyone will think of when talking about Reds position players, but guys like Eugenio Suarez, Adam Duvall, and Scott Schebler have also flashed their potential at one point or another.

And then there’s Scooter Gennett, who’s been mashing since joining Cincinnati last season. He’s seemingly gone under the radar, though. If we use his four-homer game as a starting point, the numbers he’s put together are rather eye-popping (this doesn’t include his performance from Tuesday night against the Arizona Diamondbacks).

Since the start of 2017, his 4.2 fWAR ranks third among all qualified second baseman, while his 133 wRC+ ranks second.

Prior to that historic performance, Gennett had slashed just .279/.317/.422 with 38 home runs and 180 RBI through 1,754 plate appearances, which led to a .319 wOBA and 97 wRC+. So he was just about a league-average hitter during the first four years of his career before truly breaking out.

Although the second baseman’s walk rates and strikeout rates between these two periods (5.0% and 18.3% before, 6.0% and 21.5% after) haven’t changed all that much, his actual plate discipline has.

Looks like someone has been taking notes from Mr. Votto.

Gennett’s contact rate and swing rate on strikes are basically the same, but his chase rate has gone from 38.5% to 32.1%. While his fly-ball rate has increased from 33.4% to 37.6%, it isn’t as drastic as some of the other transformations we’ve seen lately — like with Yonder Alonso last year or Francisco Cervelli this year. That’s not the only shift in his profile that’s led to this tremendous change.

The sizable improvements in Gennett’s pull rate (34.3% to 40.7%) and hard-hit rate (28.4% to 36.8%) paired with that increased fly-ball rate have helped him discover unknown power en route to becoming a better overall hitter.

It’s clear the Reds will be sellers at the non-waiver trade deadline in July. The only real question is whether or not they’ll find offers that’ll make them feel comfortable enough to pull the trigger. Gennett is under team control through 2019 before hitting free agency, so now is a perfect time for a contender to acquire him and reap the benefits.

When he’s not hitting four home runs in one night, Scooter Gennett isn’t getting nearly enough love for the numbers he’s put up. If he finds a new home sometime this summer and lands in a playoff race, it’ll give us an opportunity to truly appreciate what he’s been doing.