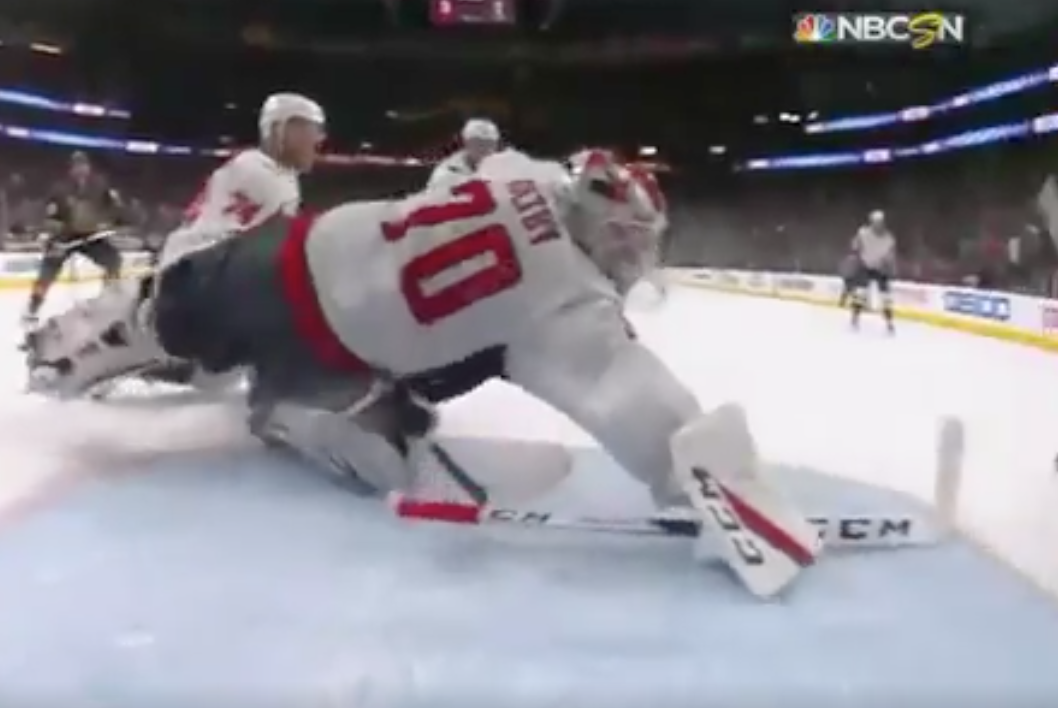 The recipe for success to win on the road in the NHL Playoffs is centered around having a hot goalie.

On Wednesday night, the Washington Capitals had exactly that, and it resulted in them winning Game 2 of the Stanley Cup Finals by a 3-2 margin.

The Capitals emerged from T-Mobile Arena with a victory — something that had happened to the Knights just once in their franchise history — in large part due to the strong play from goaltender Braden Holtby.

Holtby had 37 saves in the game, but none were bigger than the stop he made on Alex Tuch with under two minutes remaining — diving across the net to rob the Golden Knights forward of the equalizer.

SAVE. OF. THE. YEAR! #ALLCAPS #StanleyCup pic.twitter.com/OCBBQoEPMI

That’s easily one of the best saves of the postseason so far, and as a result, the Caps will go back to Washington sitting in an advantageous position — with momentum as well.