Your Morning Dump... Where Wyc is on fire (and his wallet will soon be) 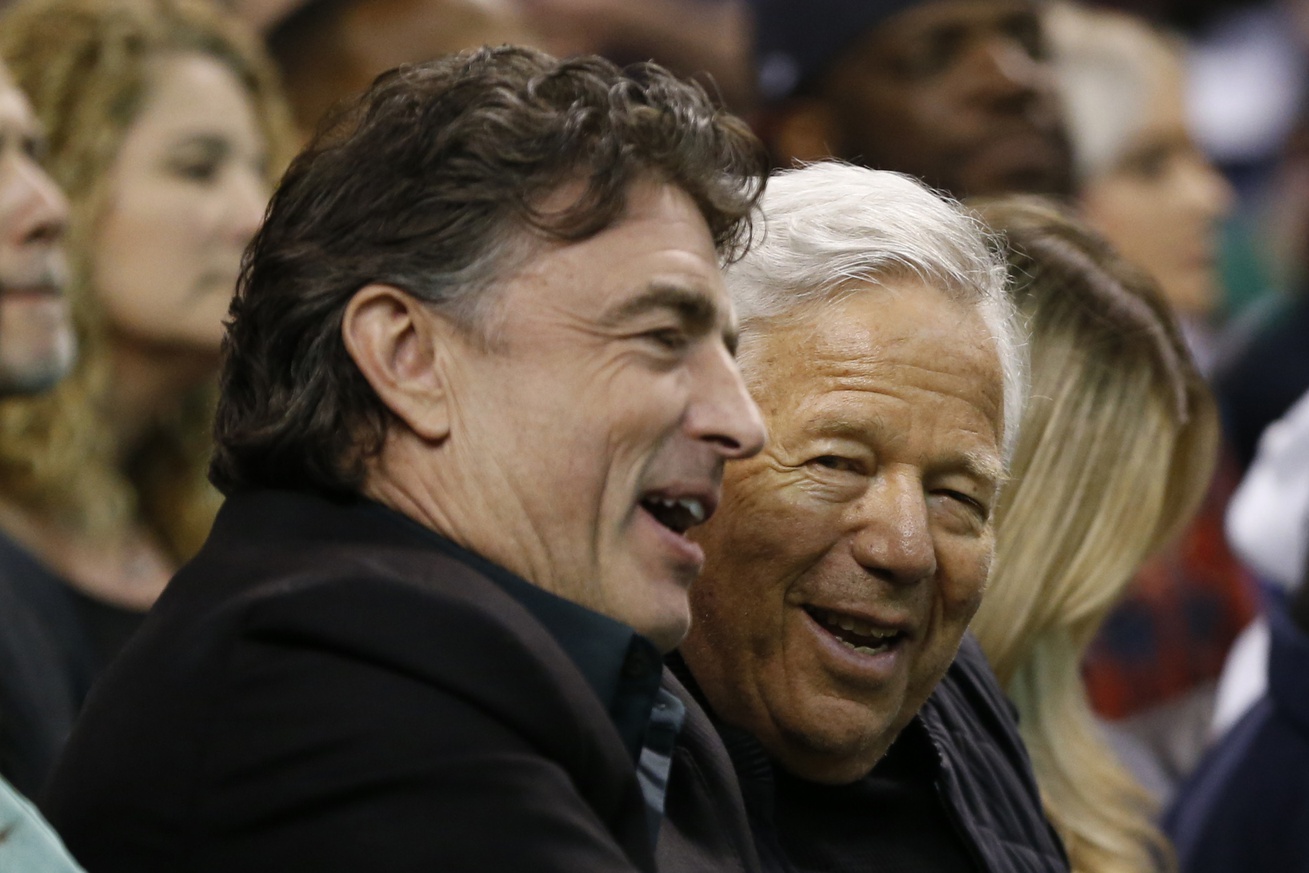 Your Morning Dump... Where Wyc is on fire (and his wallet will soon be)

CEO Wyc Grousbeck didn’t want to discuss dollars in a conversation with the Herald, but he let it be known with a good measure of clarity that ownership is willing to spend to keep this team together and bid for championships.

“This team, out of the 15 teams, might be my favorite in one way, which is the underdog spirit and the dive on the floor, do whatever it takes,” he said. “Marcus Smart obviously dives on the floor half the plays, but everybody in their own way is going over and above. And they’re all about each other. I haven’t seen one selfish play this whole season that I can remember.

“I’m on fire about this team. I couldn’t love them any more. I’m getting goosebumps talking about them.”

I love Wyc and have absolute faith that he will pay out whatever it takes to win banners 18, 19 and 20. That’s right, I’m counting on at least 3 titles from this core group.

The Celtics $115 million dollar payroll was 15th in the league this year. The two teams in the finals each paid out $135 million and about $30-40 million more in luxury tax. That’s the going rate and I don’t see it changing.

I guess the key to building a sustained winner is avoiding the repeater tax. There are reports the Cavaliers and Warriors could have total payrolls north of $250 million (!!) in the coming years.

Here’s a quick summary on the repeater, via the Athletic:

A team must be taxed that season and have paid the luxury tax in at least three of the previous four years. Luxury tax teams to pay $1.50 for each dollar they are over the luxury tax, but repeater teams have to pay $2.50.

The Celtics are currently paying two max salaries (Horford, Hayward), have Kyrie’s max looming in a year, and Brown and Tatum’s max deals in 4-5 years. There’s no break on the horizon.

Regardless, I have faith (there’s that word again) in Danny Ainge to pay the right players and stagger these contracts in the best way possible.

And lastly… Wyc loves the spotlight. There’s no doubt he wants to carve a path just like Bob Kraft.

If you really want to dive into the salary cap and projections (and have an unhealthy love for charts and graphs), I recommend reading Dangercart’s off-season preview on Celtics Hub.

Tweets from accounts — alleged by a source cited by The Ringer to be from (president of basketball operations Bryan) Colangelo — at various times questioned Embiid’s ego, blamed Fultz’s shooting woes on a former mentor of the No. 1 overall draft pick, pushed a theory that a possible Okafor trade fell apart because the big man failed a physical, and called Noel a “selfish punk.”

The same accounts also took shots at current Toronto Raptors president Masai Ujiri, who worked under and then eventually replaced Colangelo with the team, as well as previous 76ers GM Sam Hinkie, who began the Sixers’ arduous rebuild dubbed “The Process.”

Just moments ago, the Sixers announced they launched an investigation into this matter.

The evidence is damning. I’m willing to bet Colangelo gets fired or resigns in the next few days.

It pains me to see this happen to our old rivals. That had finally found some success after 15+ years of mediocrity.

Globe – Whatever happens, Celtics start in position of strength