Cardinals Can't Get Off The Hamster Wheel 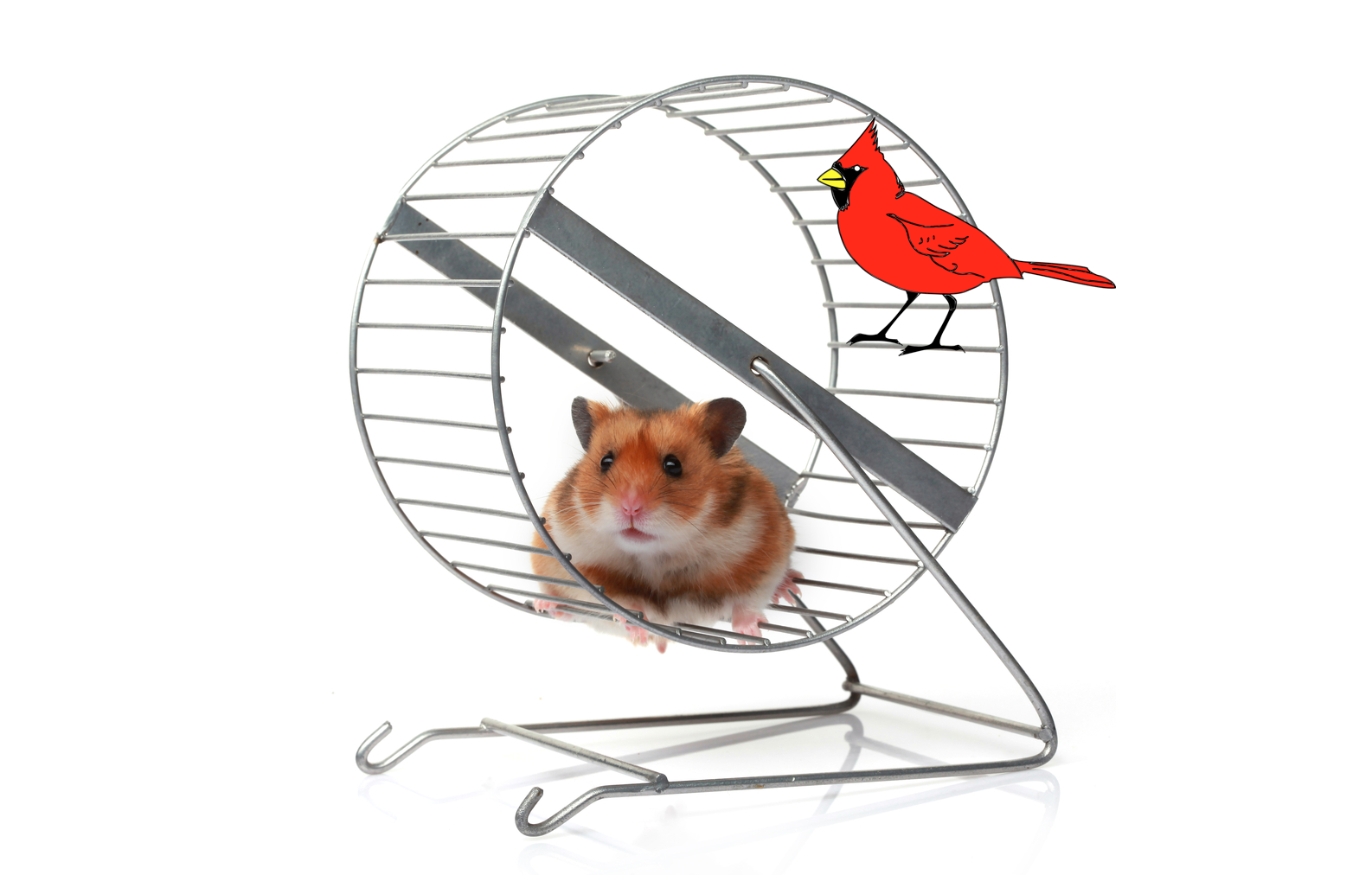 Cardinals Can't Get Off The Hamster Wheel

The end of May is here.

And while the month is known, please be kind and forgive Cardinals fans that can’t tell what year it is.

What if I gave you a hint?

It’s the year in which the Birds are currently (and seemingly perpetually) 5-5 in their last 10 games. Does that help?

The year they’re 5 games back in the division?

How about fewest runs scored in the division?

For the Cardinals, though, the hamster wheel spins the same.

Last week we said that the upcoming 10 straight games against the division rivals Pirates and Brewers would give us a good indicator of what the ’18 Cardinals would be.

3 wins and 3 losses later and the season is coming into focus.

Unfortunately what we’re seeing is more of the same from the previous two campaigns:

Despite having 9 pitchers with a sub 3.00 ERA on the season, the Cardinals have yet to win more than 2 games in a row since the first week in May.

Despite making moves in the off-season, the offense has failed to launch.

Harrison Bader has as many HR in the past 24 hours as Marcell Ozuna has in the past six weeks. #stlcards

Despite winning 7 early games agains the Reds and going 4-1 against the Cubs, the standings still show a team that wouldn’t be playoff bound if the postseason started today.

Of course it is.

I’m not suggesting so.

We got the ‘fire Matheny’ camp that wants skip gone to inject some life into a staid clubhouse. A close cousin to the ‘fire Mabry’ camp who are apoplectic about his teaching methods.

We’ve got the more positive people looking at a rotation that has been lights out and getting back arguably it’s two best assets (Martinez and Reyes) and are preaching patience. Pitching will carry the day!

Don’t forget about the salary hawks. Anytime Dex or Cecil or any other player making over 5M/yr doesn’t have a game to remember, they’ll let you hear about it.

You get the point…

You probably have your own corner. Your own talking points for the office or class. Your own solutions for lifting the malaise.

Problem is, we’ve been doing the one step forward, one step backward dance for 2.25 seasons now.

And here we are drifting into a repeat of the past two seasons.

It’s time for this team to get busy doing something.

Photo: A New Season of Insights