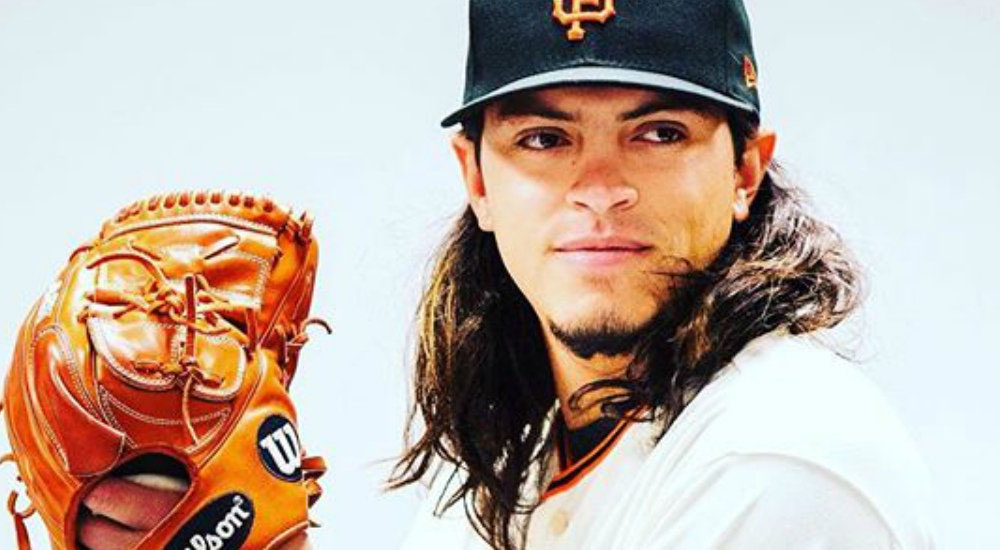 Tuesday night, Dereck Rodriguez made his long-awaited debut on the mound for the San Francisco Giants.

The 25-year-old son of “Pudge” pitched three and a third innings, giving up four runs (one earned) and striking out four.

Lost in the junior Rodriguez’s debut wasn’t the fact that his dad is a 14-time All-Star, 13-time Gold Glove Award-winning catcher and 2017 Hall of Fame inductee…every article, post, tweet and story mentioned that.

That’s right, the outfielder-turned-pitcher has a giant tattoo of Michelle Pfeiffer’s Catwoman from the 1992 film “Batman Returns” on his left arm. Coincidentally, the blockbuster hit theaters just eleven days after Rodriguez’s birth.

What bet does a guy need to lose to end up with tattoo of a Catwoman on his arm? Let’s just all be glad it wasn’t Halle Berry’s take on the iconic comic book villain.