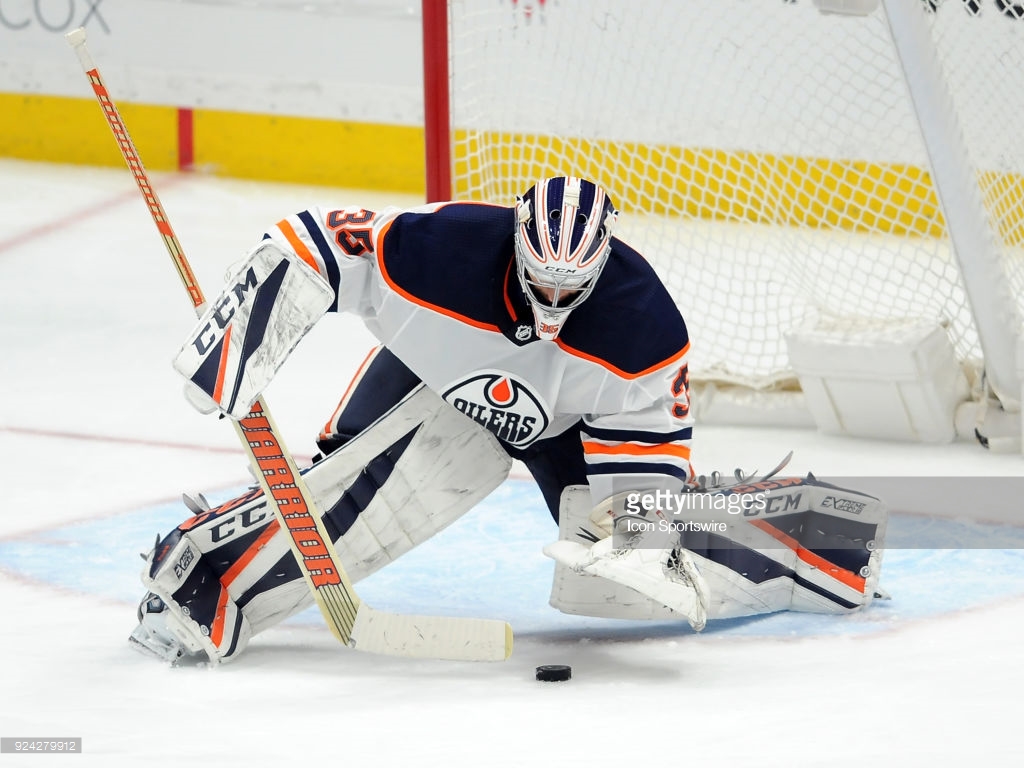 Cam Talbot will return for a fourth season as the Edmonton Oilers’ starting goaltender when the campaign opens up on October 6th. Beyond that, there are many question marks for the crease protectors of Northern Alberta. There is uncertainty, and there are too many bodies for too few spots in the organization.

Something, or more likely multiple things, will have to give between now and game one.

Talbot will be Edmonton’s number one during the 2018-19 season, and his success will largely dictate how the team performs this coming season. Outside of Connor McDavid, I firmly believe that Talbot is the player most important to Edmonton’s success.

His backup is likely to be Mikko Koskinen, who signed a one-year contract worth $2,500,000 on the cap earlier this month. Koskinen doesn’t have much in the way of NHL experience, but he’s posted solid KHL numbers the last few seasons and many believe he is ready to make the jump. I’d be stunned if he wasn’t the number two on opening day.

Al Montoya has an outside chance of making the NHL roster as well. If he vastly outperforms Koskinen, he still could win this job. On top of that, it isn’t guaranteed that Koskinen’s success in the KHL translates to North America. Montoya could go a few different directions, possibly the NHL backup, AHL starter or traded before camp breaks in October.

If I was a betting man, I’d place money on Montoya leading the Bakersfield Condors out for opening night in October. After that, there are a few options. The club could opt for a veteran duo, re-signing Laurent Brossoit. If not, last year’s ECHL starter, Shane Starrett, could get the nod as the backup.

CHL graduates Dylan Wells and Stuart Skinner, coming off of a tremendous run in the WHL, are candidates for work as the AHL backup. A starting gig in the ECHL could be on the table for Wells/Skinner as well in their first year pro.

We got word yesterday that pending RFA Nick Ellis is hanging up the skates and retiring. He’s heading back to New England to teach and coach at a prep school in Connecticut. That takes him out of the equation at the AHL-level, where I thought he had a decent chance of getting the backup job.

Brossoit, a pending UFA, probably isn’t coming back. We know he can perform in the AHL, but he has had a rough go of it in two of three NHL stints and lost the backup job a year ago. Sometimes, a player simply needs a second opinion. It’s that time for Brossoit, as I don’t think Todd McLellan or Peter Chiarelli trust him as an NHL option anymore.

As of right now, Cam Talbot and Mikko Koskinen have to be penciled in as the goaltenders on opening day for the Edmonton Oilers. They’ve invested a lot of money in those two, and they seem like the options that Chiarelli/McLellan trust.

At the AHL-level, I’d imagine Montoya gets the nod as the starter at first. The club could trade him, but it makes no sense to trade their only number three option with NHL experience. The Condors will need a veteran to lean on, while the Oilers will need a legit call-up option who they know can at least handle spot duty in the NHL.

It’s not the sexy option, but the club should hang onto Montoya and take their chances with him on waivers in late September.

I’d wager that Skinner, after a terrific run in the WHL, gets the AHL backup job to help expedite the development process. Dylan Wells or Shane Starrett would then get the ECHL starting job, with the other one likely backing up.

I also wouldn’t rule out a trade of either Wells or Starrett. I don’t think either of them are trending particularly well right now, and it doesn’t make sense to have both taking up a spot on the 50-man contract list. Dumping one of them, preferably Starrett, would make the most sense for Edmonton.