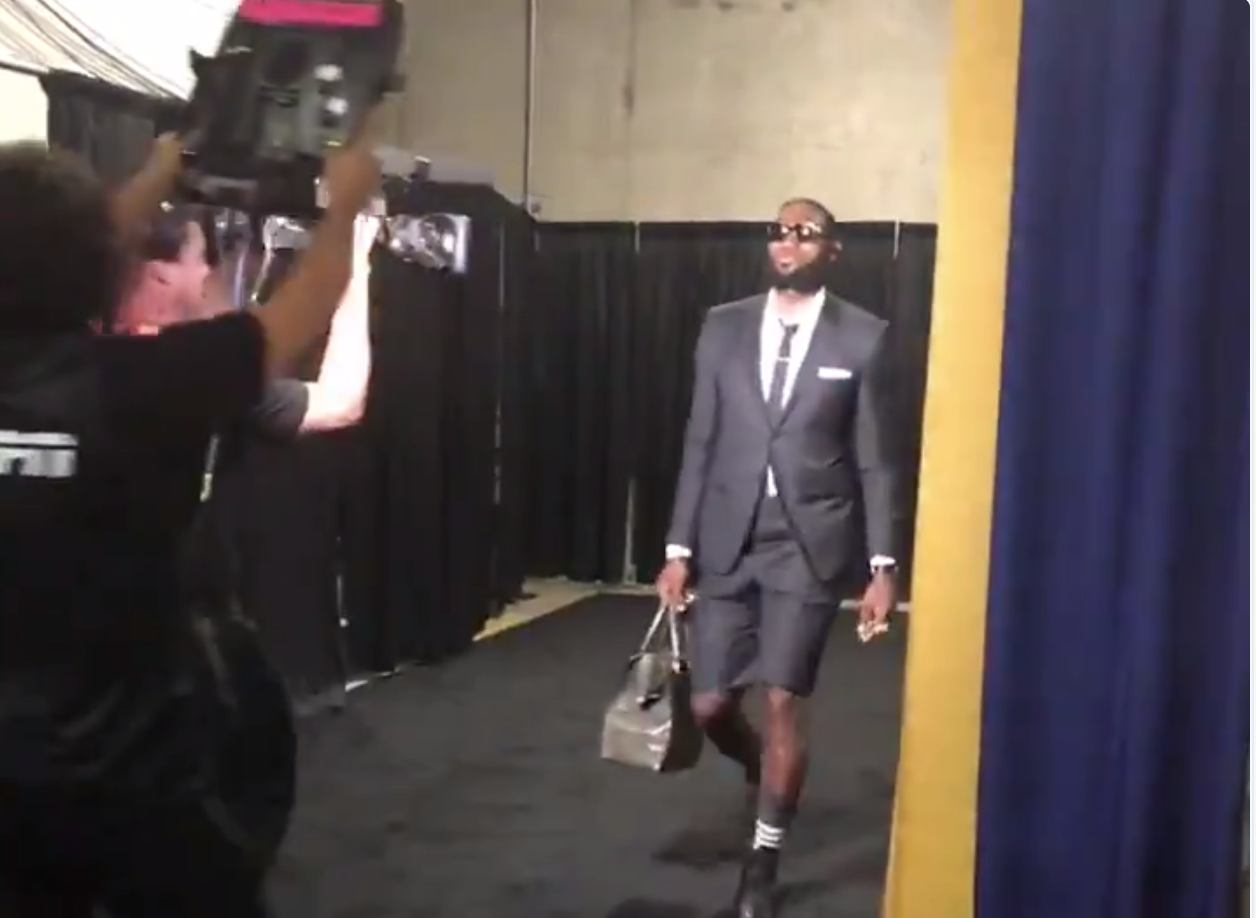 The Cavs players were all business as they rolled into Oracle Arena for Game 1 of the NBA Finals on Thursday night.

One particular player, however, chose to stand out among the rest of the pack, as he’s been known to do in the past.

LeBron James, arguably the greatest player in the world, showed up behind his teammates, rocking a suit jacket and shorts, a la AC DC.

The King letting everyone know he doesn't skip leg day. (via @cavs)