Your Morning Dump... Where it took 3 days for draft rumors to flare up 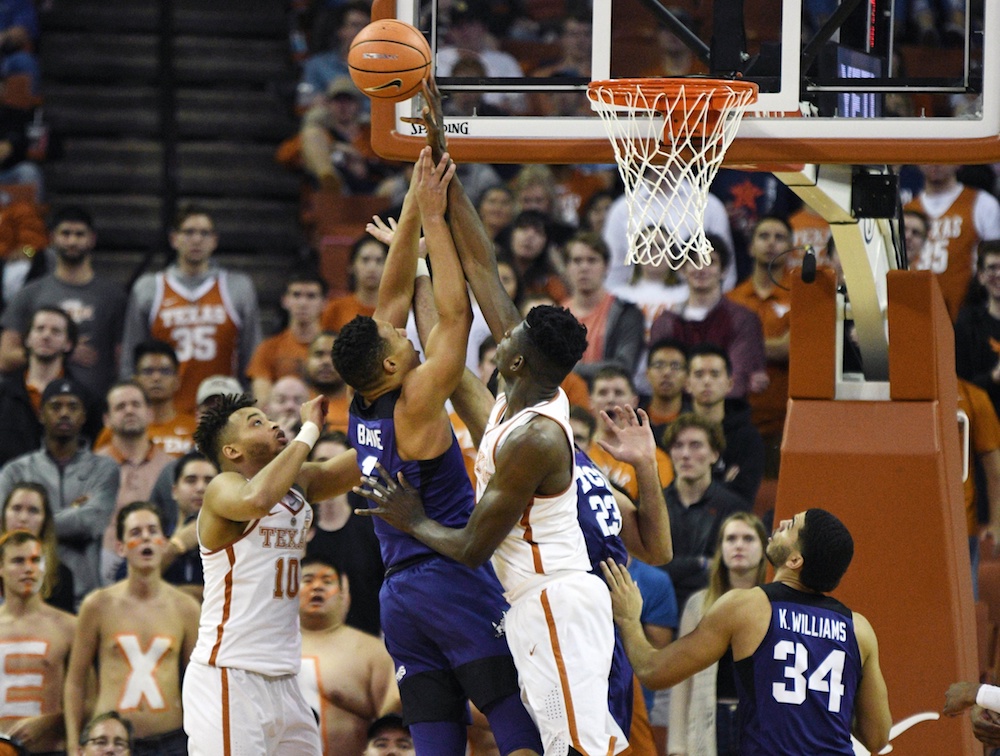 Your Morning Dump... Where it took 3 days for draft rumors to flare up

Sources told Sporting News that Boston has expressed interest in Bamba, including interviewing him at the Chicago pre-draft combine two weeks ago. Bamba measured in with a record wingspan of 7-10 in Chicago, reinforcing his status as the most ready-made rim protector in the draft.

Of course, the challenge is securing a pick that will be high enough to land Bamba. He could go as high as No. 3 to the Hawks, and there has also been talk that the Magic — picking sixth — are high on Bamba and won’t let him drop past their slot.

The Celtics have the No. 27 pick, but they have multiple assets on hand that could help them move into the top five of the draft, where the Grizzlies (No. 4) and Mavericks (No. 5) have made it clear they’re willing to make a deal.

It’s almost certain that the Celtics would not move rookie forward Jayson Tatum, who just wrapped up the postseason as the team’s leading scorer, at 18.5 points per game. Less certain, though, is what Boston might do with point guard Terry Rozier (16.5 points, 5.7 assists and 5.3 rebounds per game in the playoffs) or swingman Jaylen Brown (18.0 points per game in the playoffs).

The Celtics were without star point guard Kyrie Irving in the playoffs and major free-agent signee Gordon Hayward for all but the first five minutes of the season. Both players will return, reducing the the roles of players like Rozier and Brown.

Team president Danny Ainge has been aggressive in his attempts to build the Celtics into a championship-caliber team, so even as Rozier and Brown have become fan favorites, a deal involving either (or both) is not out of the question.

Sporting News — Celtics interested in Mo Bamba, could move up in draft

Run it back, they said. No big shake-ups to the roster this off-season, they said. That lasted 3 days.

The Celtics may very well choose to roll the balls out in training camp with nearly the same roster that got within minutes of the NBA Finals, treating the return of Kyrie Irving and Gordon Hayward as major internal enhancements while making only cosmetic changes. That would definitely be my first choice.

But we’ve heard lots of conjecture about how next season could become a case of too many players and too few shots to go around, and lots of forewarning about the inability of the Cs brass to pay every last one of the Celtics established all-stars and burgeoning youngsters when the time comes.

Enter cheap and promising talent — rookies. The right rook will want to join a championship contender and won’t worry as much about touches and shots. A 2018 lottery pick is cost controlled for the next three years, and by the time the Celtics would have to pay him, they’ll have a better sense of the core of the roster.

Mo Bamba, on paper, is exactly what the Celtics need. A rim protector with crazy athleticism who won’t care about how many shots he gets and wouldn’t need to get paid until 2021. If the Celtics still had their Nets pick (and could easily move up a few slots), or if that Lakers pick somehow landed at two or three, he’d feel like Ainge’s choice in a loaded top half of the lottery.

But at pick 27, Ainge can still consider going up and getting the guy he likes. The ’19 draft, in which the Celtics could have up to four picks, isn’t predicted to be all that strong. Maybe Danny wants to strike now.

I’m not sure Terry Rozier, the Kings pick and the number 27 pick does it. I also don’t know if a team like Memphis or Dallas wants a deal loaded with future picks, so even adding the Grizz pick to that probably doesn’t do it, either.

So, if it’s draft night and Bamba is there, and Chris Wallace or Donnie Nelson ask about Brown and the Kings pick, would you do it?

Remember that Danny Ainge is the same guy that offered four first round picks and a year’s supply of Chipotle to Pat Riley for the opportunity to draft Justise Winslow. If you watched the “Anything is Possible” documentary, Ainge was hellbent on taking Rajon Rondo in the ’06 draft, even considering doing so at number seven. When Danny locks in on a player, he really locks in.

Maybe I’m in the minority here, but I’d think long and hard about a Jaylen and Kings pick offer to climb into the lottery and take a promising rookie that fills a need and loosens the log-jam on the Cs roster. Not saying I’d do it. I’m more inclined to run this back and watch it all play out in a championship. But, decisions are going to have to be made at some point. Would you think about it?

On page 2, an update on Gordon Hayward

The Boston Celtics say forward Gordon Hayward had surgery to remove a plate and screws in his broken left leg and will be ready to start next season.

The team says his leg and ankle are sound, but the plate and screws that were implanted to help the injury heal were irritating his tendons. He is scheduled to resume basketball activities in six to eight weeks and be ready for training camp.

ESPN — Gordon Hayward has surgery, will be ready for next season

The Celtics can now put Gordon’s screws and plate right next to Kyrie’s wire and Daniel Theis’ mask in the 2017-18 Celtics’ season display case.

A second surgery sounds concerning, but according to Dr. Jessica Flynn of the Boston Sports Journal, it’s totally normal:

Surgery to remove hardware must wait until the fracture is fully healed and is generally done at a minimum of 6 months after the initial surgery. Athletes rest the ankle initially to allow the screw holes in the bone and incisions to heal, but the rehabilitation process can gradually be resumed over a few weeks. This is a great sign that Hayward is healing well and not a cause for concern.