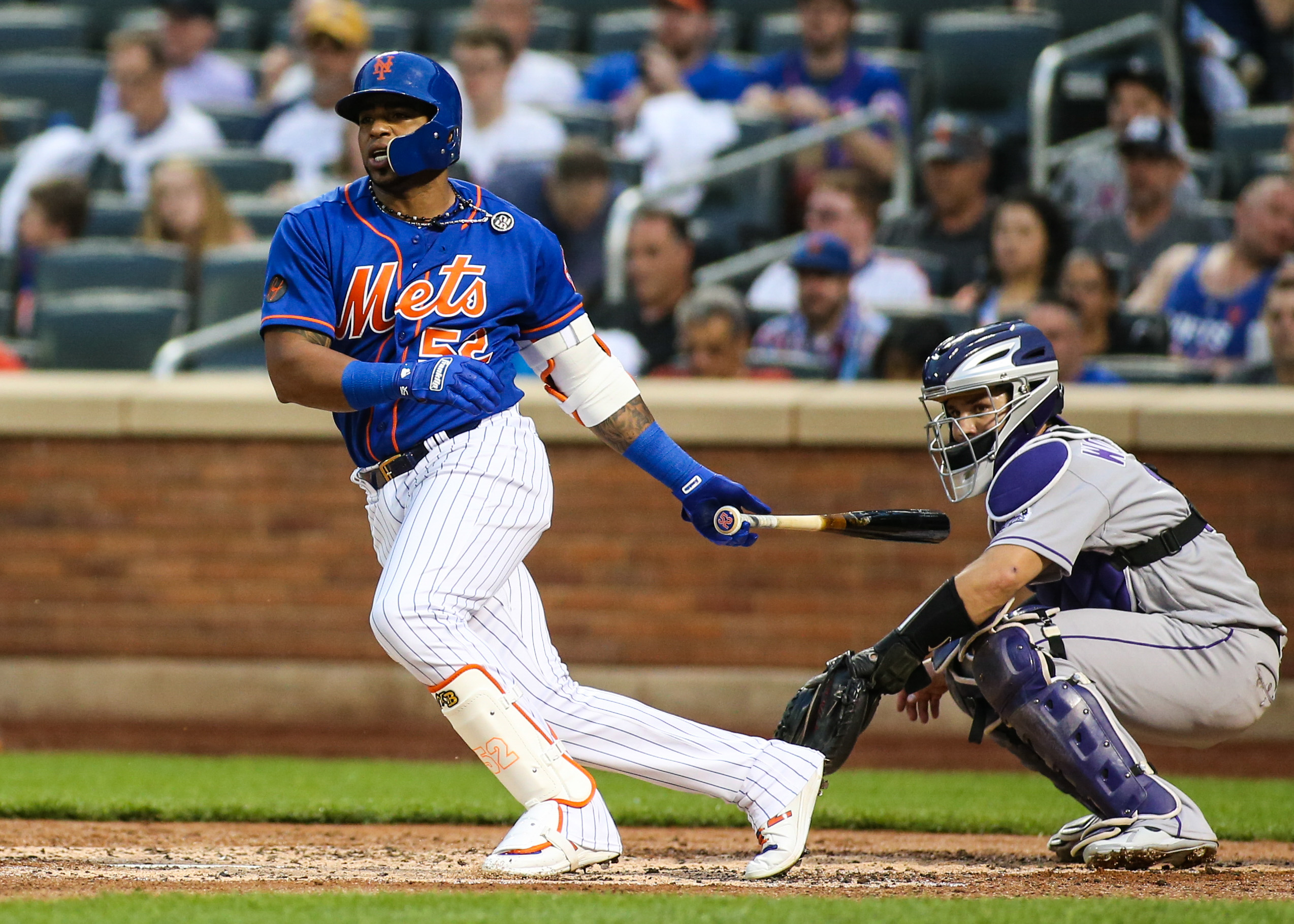 Before Thursday’s game, Sandy Alderson held a press conference to work on his comedy routine before he hits the circuit. He also had some injury updates on Todd Frazier and Yoenis Cespedes. Let’s focus on what he said about Cespedes, because his quotes were a little bitchy.

Sandy Alderson says Yoenis Cespedes (strained right hip flexor) isn't close to a return, but also isn't too far away. Read into that how you like. "I'm a little surprised that it has taken as long as it has," Alderson said. #Mets

Alderson also sounded like he was feeling a little bit of buyers remorse over that Cespedes contract. Can’t say I blame him for feeling that way. #mets

Say this for Alderson: He’s got some set on him, that’s for sure. But I’m sorry, but I call so much b.s. on this. First of all, while Cespedes has had a “history of leg injuries throughout his career, he played 152 games in 2014, 159 games in 2015, and 132 games in 2016. That’s pretty damn good. Then in 2017 and 2018, Alderson and the coaching staff leave him on the field, push him through injuries because the rest of the team stinks, and put him on the DL later than he should have gone. And he wonders why Cespedes is taking a while to come back from injury? Perhaps it was Sandy’s zest in trying to keep him on the field so that the rest of the team which was built on a foundation of bubble gum, sticks, and intangibles wouldn’t collapse?

In the very same article where he goes Mean Girls on Cespedes, he says this about Asdrubal Cabrera:

He pointed to second baseman Asdrubal Cabrera, 32, quite possibly the team’s most consistent hitter this season, who has successfully played through an occasionally balky knee.

“Will we lose him at some point? Maybe,” Alderson said. “Right now, we want to keep putting a winning team on the field.”

Sure, let’s worry about bad mouthing Cabrera when the time comes. But for now, we’ll focus on being passive-aggressive about Cespedes. I guess the Mets are being more transparent about their slander. I mean, next press conference just stroll to the microphone, say “you know, Carlos Gomez was my first choice”, then walk away. That will more honestly convey your message.