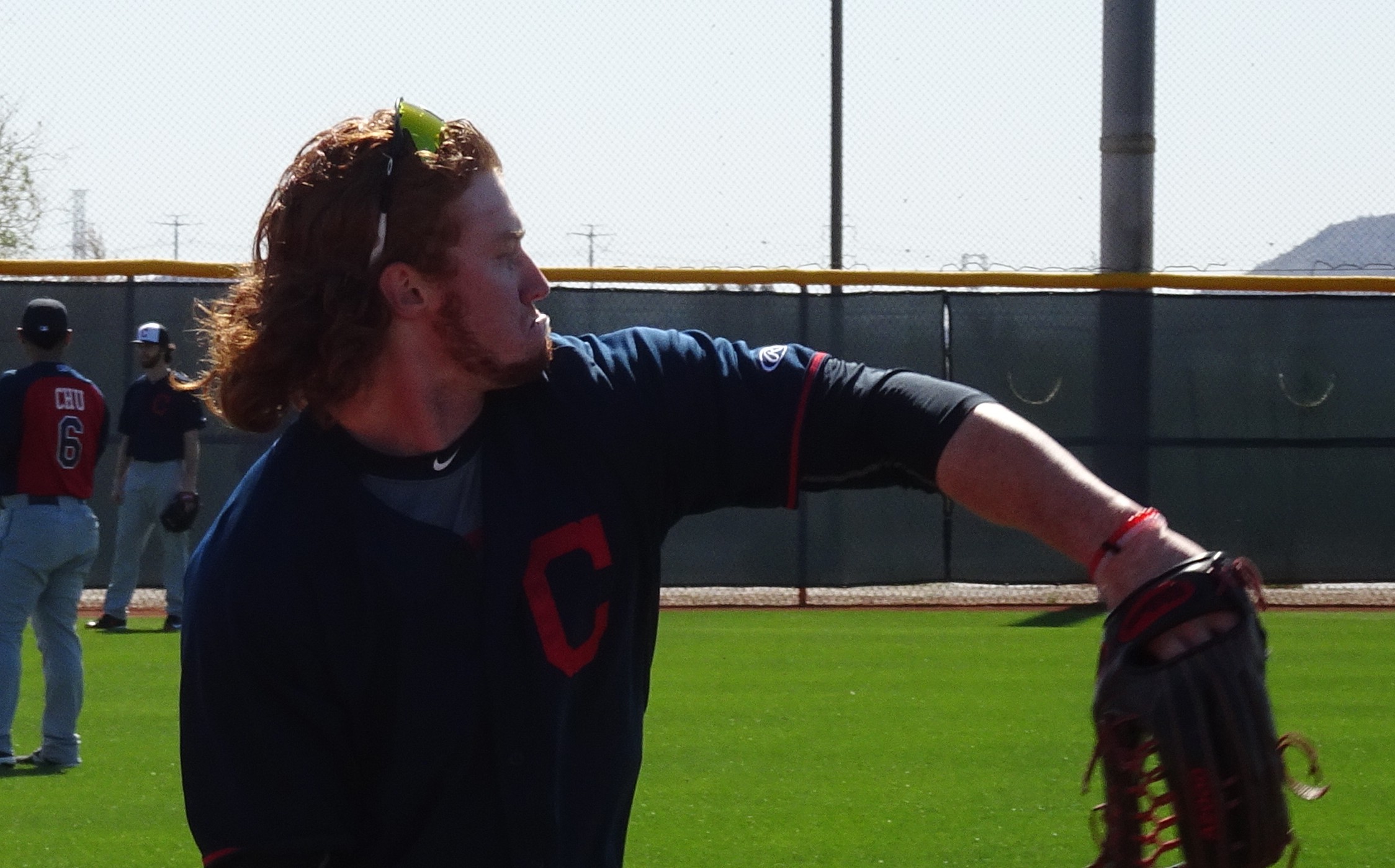 It’s draft time again, but before the Indians upgrade their minor league system with an influx of talent, let’s take a look back. It’s extremely hard to judge a draft class immediately after the draft takes place (you don’t even know for sure who will sign) and even a year or two later results generally aren’t clear. Instead, every year we travel back five years to see where that draft class is now. That gives us enough time to assess the class and give a reasonable projection.

Right from the start, we have to be clear that this is a look at the quality of the Indians draft, not the development process. Essentially, there were six players who could be or have already become decent or better Major Leaguers and four of those are no longer within the Indians system. Frazier and Heller were traded to the Yankees for Andrew Miller during the 2017 season while Crockett has already had a significant Major League career, run out of minor league options and been designated for assignment. The other player lost will be noted in the next section.

Frazier has had some injury problems since hitting New York, but did make his MLB debut in 2017 and returned shortly for 2018. As the fifth pick, Frazier represented the Indians earliest pick in any draft (tied with 2010) from 1992 through now and it still appears that Frazier is a potential superstar with five tool potential.

Heller was the second best player from the draft as a right handed reliever who can hit 100, had a K/9 above 12 and essentially never allows home runs. If he were on the Indians right now, there is no question that he’d be in the majors if healthy (he’s currently on the 60 day DL with bone spurs). Not only that, he would probably be the heir apparent to Allen, something that would give the franchise a lot more stability in the near future.

Crockett is the weirdest of the entire draft. The Indians obviously saw greatness in him as they took him in the fourth round as a reliever, then promoted him to the Majors after just 36 minor league seasons, less than a year after being drafted. While most of his classmates were working threw the low minors, Crockett had his MLB peak in 2014, struggled through injuries from 2015 through 2017 and was released at the end of last season. He’s now with Cincinnati, pitching in AAA. Ultimately, this has to be considered a good pick with bad usage and training.

Plutko is the only one of these four who remains with the club and is currently being used as a sixth starter for the Indians, bouncing between AAA and Cleveland. He had a poor season in 2017 in AAA, costing him the chance of a late season call-up, but has had consistent numbers throughout his career and should be a serviceable back end starter, although his ceiling is significantly lower than other pitchers who will likely debut within the next two years.

Pannone was the other top prospect from 2013 who is no longer with the team. He was traded along with Samad Taylor to Toronto last year for Joe Smith. Since then, Pannone has been suspended for PED use, but should still become a Major League starter at some point, even if that has been delayed. He’s coming off a career season in AA, where he really distinguished himself as a left handed control freak. With the depth of starting pitching the Indians have at the mid-high levels in the minors, losing Pannone wasn’t particularly difficult.

One of those pitchers was also from the 2013, Sean Brady. Brady had a good, but injury shortened 2017, ending with a fantastic turn in the Arizona Fall League. He is currently in Akron and could be a Major League option if needed by late 2019. More likely, he will be trade bait as he sits behind a ton of players who will be around for a long time in the organizational depth charts.

Loopstok broke out in 2017 with 17 home runs as the Indians experimented by moving the catcher around the field. Those experiments seem to have ended as he has only been behind the plate in Akron this year and he doesn’t have the bat to be worth forcing him into a different defensive position. The Indians are extremely top heavy within the organization at catcher with four Major League ready players and a pile of players who likely will never be. Loopstok represents a median player who has some MLB (back-up) potential.

Whitehouse is a left handed reliever, currently pitching extremely well for the Rubberducks. However, he has been far from consistent as he was dominant in his rookie season, terrible through 2015, incredibly in 2016 and awful again last year. At best, he’s a high swing and miss pitcher with solid control, but at worst he can have a BB/9 above 4.0. With a need for relief help in AAA and the Majors, he’ll likely at least get a shot to prove himself within the next two years.

While players no longer in baseball haven’t been included to this point, I think it’s worth noting that Grant Fink has stuck around. He was let go after 2015, then played independent ball in 2016 before coming back to the Tribe as a bench coach in AZL for the 2017 season. He’s currently moving up the season a second time and is now the Lynchburg Hillcats bench coach, a level he never reached as a player.

At the same time, his draft-mate Garcia is also in high A, pitching poorly as a reliever. Milbrath has pitched in Columbus and Akron this year in relief and has also had a bad time of it. Sulser is the best of this trio and he is currently having a really rough time with the Clippers. Ultimately, none of these are real MLB options and I wouldn’t be surprised if they were all gone by next season.

Other than Kime, it’s hard to say there were any real busts in this draft, and Kime is still with the organization with a slim chance of making it big. He has never had a good season and has missed almost all of 2016 and 2017 with injuries, only now coming back through extended spring training on a rehab assignment. As far as his pro career, he will likely be moved to the bullpen once he returns to the upper minors, something that could give his career new life.

Looking at the players from 2012 who haven’t quite made it yet, but still could doesn’t take long. All of the remaining starting pitchers have been converted to relievers and Mitch Brown, Kieran Lovegrove, Josh Martin have all had significantly better success out of the bullpen than the rotation. Louis Head is another future bullpen option, although he’s struggling in AAA. Of position players, only Nellie Rodriguez remains and his chance at a Major League career is extremely in doubt as he is playing extremely poorly in AAA for the second straight season.

The 2014 draft has quite a few players ahead of schedule, who have jumped their 2013 counterparts. The current Indians outfield includes the 1st (Bradley Zimmer) and 6th (Greg Allen) round picks while J.P. Feyereisen and Justus Sheffield have become two of the Yankees top pitching prospects. Julian Merryweather would likely be in the Majors right now if it weren’t for Tommy John surgery that will cost him all of 2018 and some of 2019. Finally, Bobby Bradley is still only in AA, but appears to be the first baseman of the future.