LeBron James says vision was 'blurry' after Draymond Green eye poke, could it affect him in Game 2? 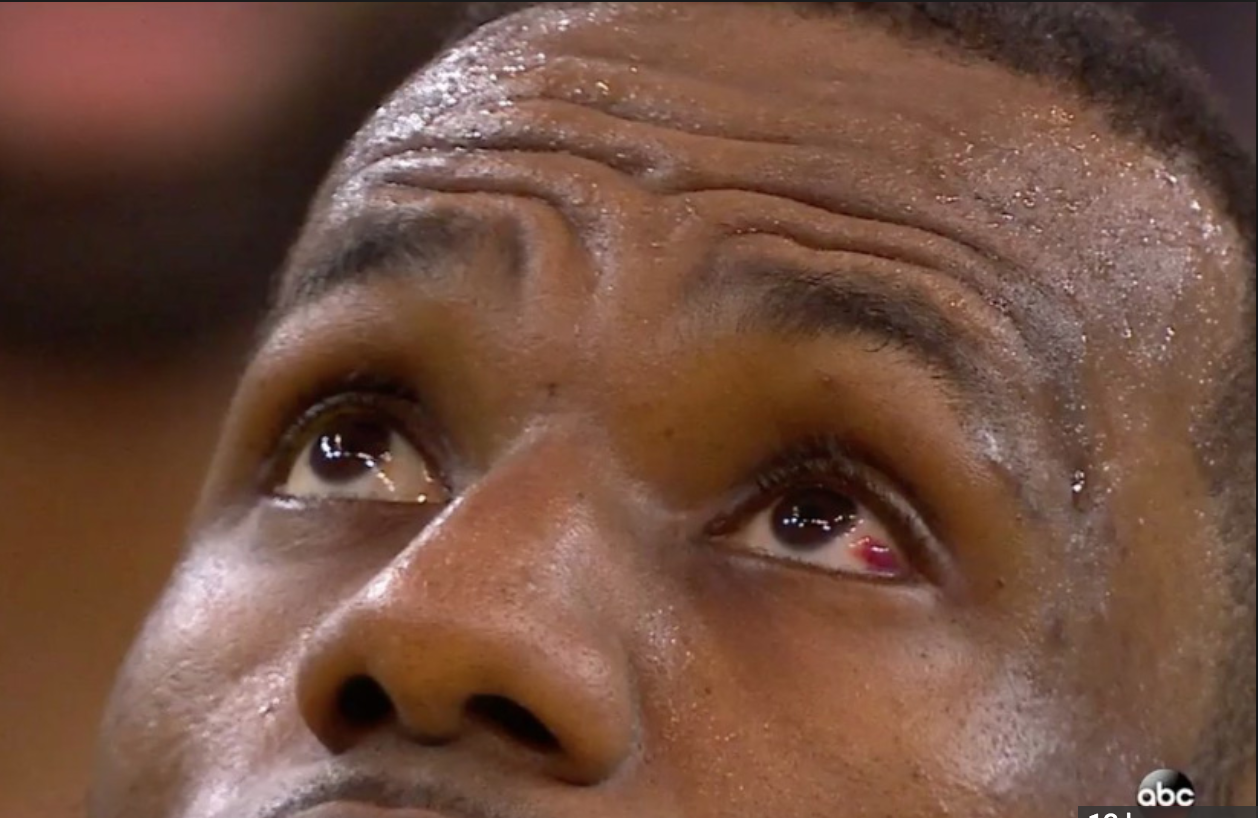 LeBron James says vision was 'blurry' after Draymond Green eye poke, could it affect him in Game 2?

Lost in the craziness of Game 1 of the NBA Finals was when LeBron James got poked in the eye by Draymond Green.

The contact was completely unintentional, though, and you can watch the play below.

LeBron James goes down after being fouled by Draymond pic.twitter.com/i2GL8C1WgD

And here’s the aftermath. You can clearly see James’ eye bleeding in the video.

James commented after the game that his vision was “blurry,” and that it got worse as the game went on.

LeBron at the podium, notes that “Draymond poked me right square in the eye. I'll deal with that over the next couple of days." Says his vision was “pretty much blurry, and it got worse and worse as the game went on.”

For a guy with blurry vision, he played pretty damn well. It will be interesting to see if his vision is still affected heading into Sunday’s game.