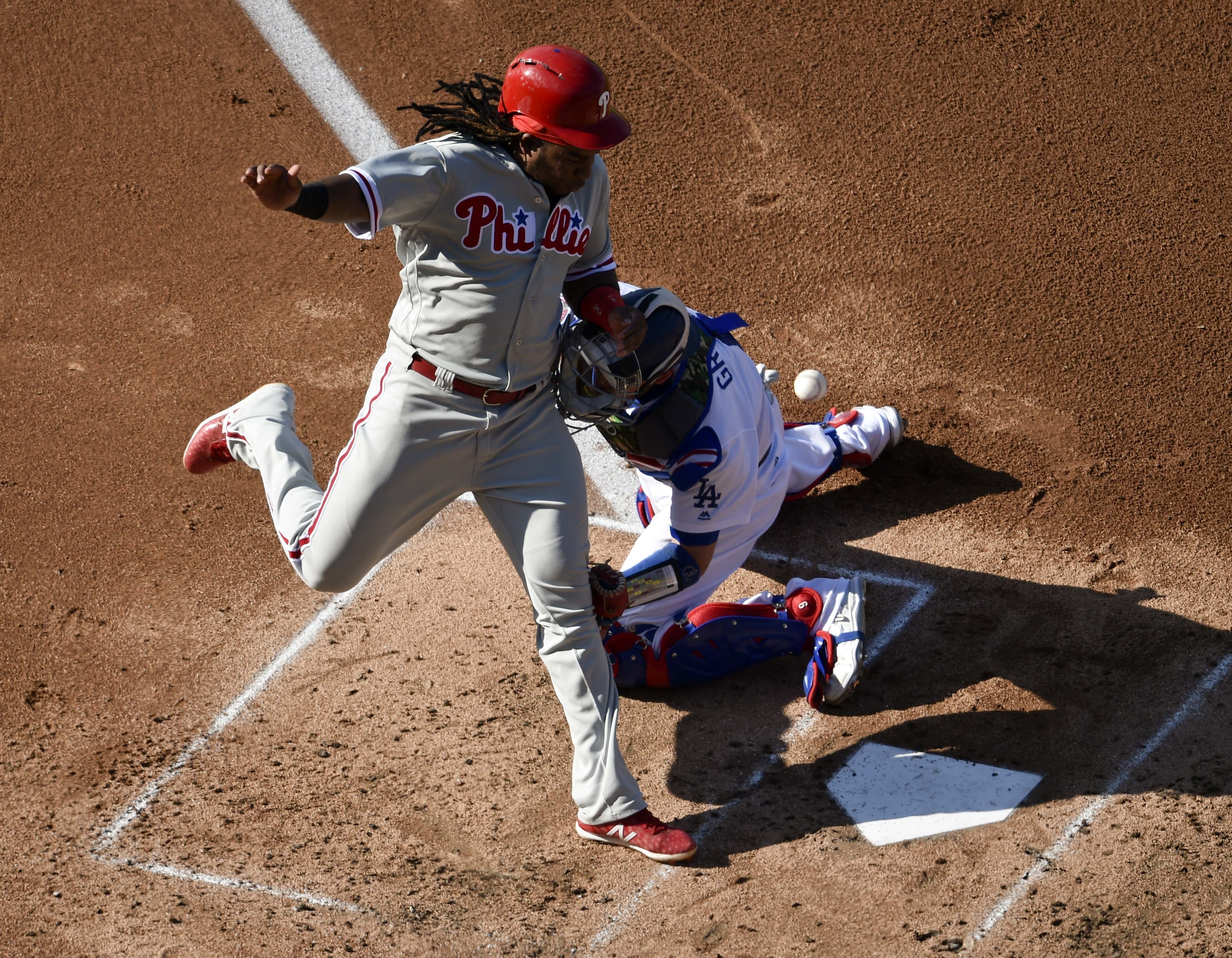 The Dodgers did not take advantage of instant replay in Thursday’s game against the Phillies, and cost them in a big way.

It was a big night for the team, as ace Clayton Kershaw was making his triumphant return to the mound after a stint on the DL. He pitched well, although some back tightness caused him to leave the game after five innings.

Kershaw gave up one earned run in his first start since returning, but really, he didn’t give up any, and you’ll see why below.

Jorge Alfaro hit what resulted in an RBI single in the second inning, scoring Maikel Franco. However, Franco didn’t actually touch home plate, so the run shouldn’t have counted.

It was a bad call, but the onus is on the Dodgers for not challenging the play, and it cost them, as the Phillies went on to win, 2-1.