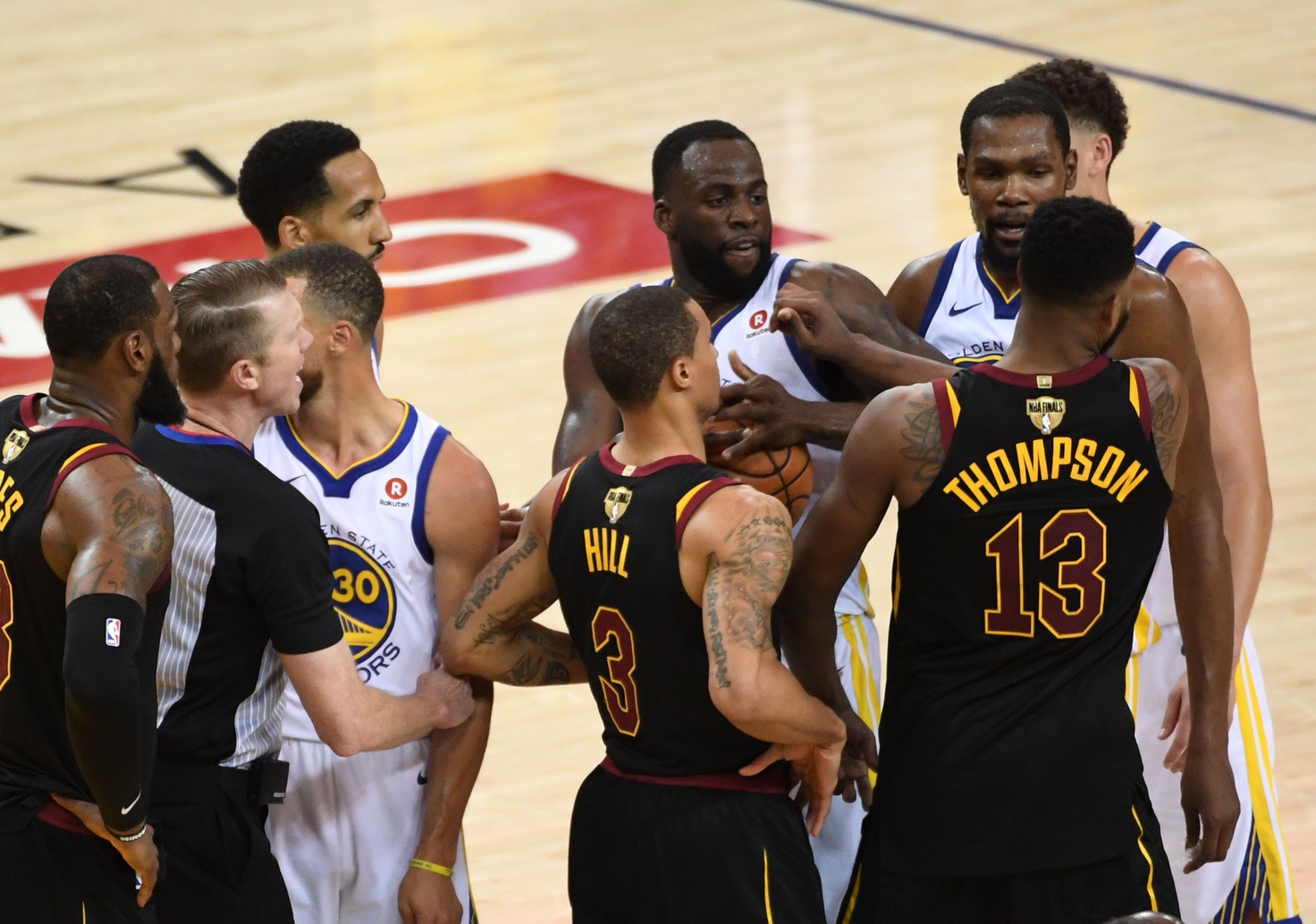 The beef between Tristan Thompson and Draymond Green at the end of Game 1 of the NBA Finals was, in part, sparked by the Cavaliers issue with Shaun Livington’s shot attempt with the game in hand.

Warriors’ coach Steve Kerr refuses to acknowledge this ritual and instructs his team to shoot the ball:

“I’m all for that,” Kerr said. “I’m on a one-man crusade to dispel these idiotic NBA rituals. If there is a shot-clock differential, you shoot the ball. The game is telling you you’re supposed to shoot. If anybody is offended because you’re playing the game the way the clock and the rules are telling you to play, then that’s silly.

“If the shot clock is off, you run the clock out,” Kerr added. “If the shot clock is on, you take a shot. I don’t know why there is any sort of ritual that tells you you’re supposed to stop playing. We’re going to shoot. We’re not taking a turnover. I’ve told our guys that for four years. We don’t take turnovers at the end of the game. You shoot, and then the other teams the ball and they can run it out or whatever they want to do.”

Can someone tell when this became unacceptable? I have no recollection of it being an issue in the 80s and 90s.

Taking the shot clock violation delays the conclusion of the game. I’d be more insulted that the opposition is dragging out the beating and forcing me to in-bounds the ball. Fire up the shot, keep the clock moving and let’s get the hell off the floor.

One of the biggest knocks on baseball is the silly, unwritten rules. Don’t go that route, NBA. Please. I’m begging you.