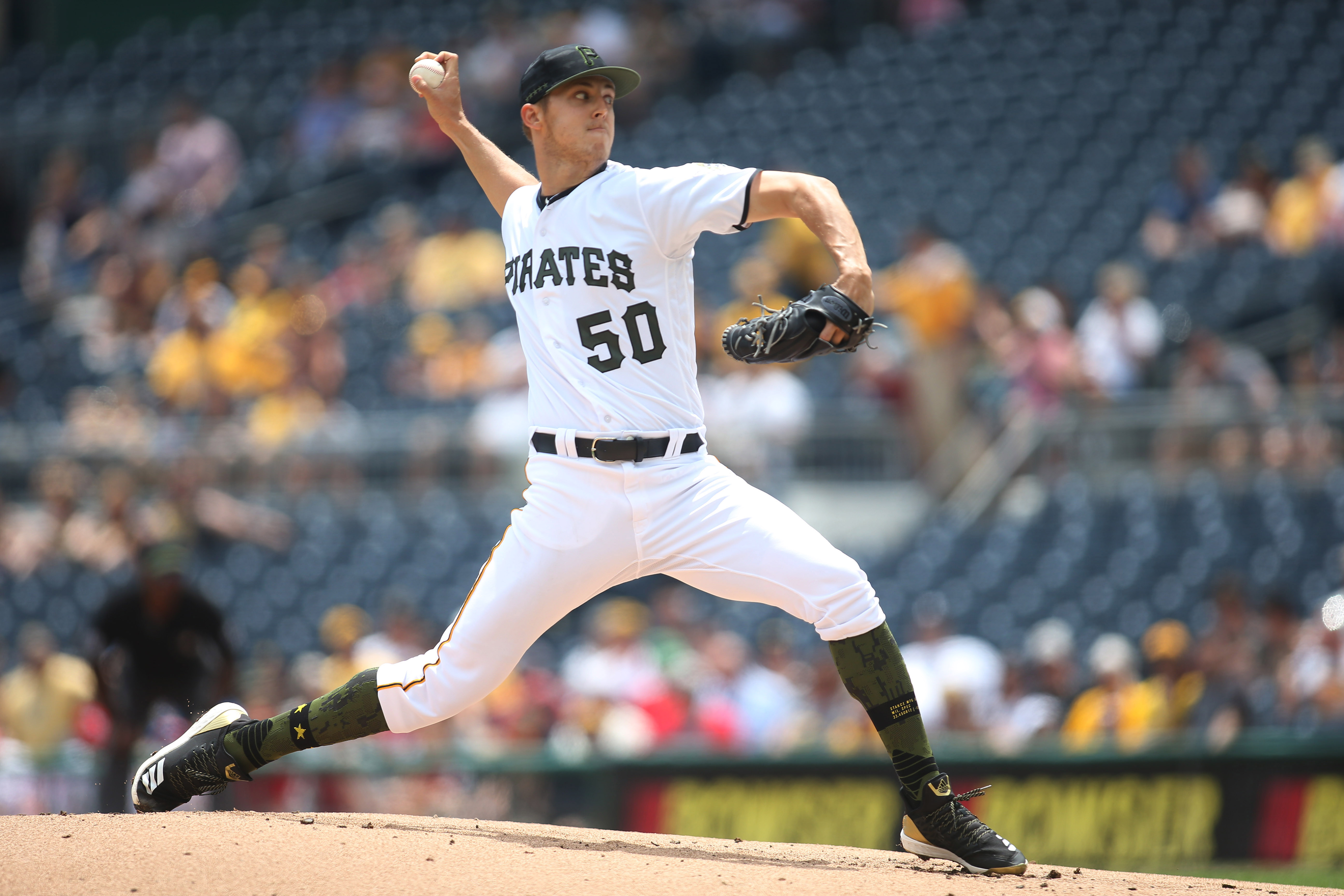 Pittsburgh Pirates starting pitcher Jameson Taillon has definitely been a let down so far this season. He sits at 2-4 on the year with a 4.53 ERA and a 1.25 WHIP, while striking out just 54 batters.

The moment Gerrit Cole was dealt to Houston in January, Taillon was immediately cast as the Pirates ace. Based on his performance the past two seasons and in the minors, did he deserve that tab and was he ready to be the stud the young staff needed?

The answer is two-fold.

Being the staff ace for a major league ball club brings on a lot of pressure, both from the team and especially the fans. But guess what, it’s becoming more obvious that the Pirates might not have an “ace.”

Prior to this season, Taillon had impressed in the bigs but never really wowed fans. He was fit into a spot in the rotation where he wasn’t the headline but he was still able to make a name for himself.

Now, Jamo is expected to be THE guy for the pitching staff. Unfortunately, his performance hasn’t stood out aside from his first career complete game shutout back in April.

Baseball is surely a mental game but the pitcher’s mound is the loneliest place in sports when things are going wrong. It is rather easy for a struggling pitcher to get inside his own head and try too hard to correct his woes. It’s possible this has happened to Taillon more once this year.

While it sounds simple and quite cliche, Taillon just needs to relax and not try to do too much.

Expectations are hard to escape

This rides hand-in-hand with a pitcher’s mentality.

Those supporting the Bucs this year expected a lot out of Taillon. After all, he was the number two overall pick in 2010.

It’s hard for Jamo to not feel those expectations rise after Cole was sent away. He knew that people would be looking for him to carry the load.

I think he has let that pressure get to him on the mound in certain situations. There have been times when he doesn’t have his best stuff and he seems to be forcing his pitches across the plate. While it’s hard to prove, it’s possible he might be frustrated with his mechanics.

Then again, his repertoire is strong and he has shown that in the past. We have seen a sharp curveball that many have been clamoring for him to throw more often.

Then all of a sudden he just started throwing a slider in his most recent start. According to Brooks Baseball, he threw 35 sliders with 40 percent of them for strikes with a 23 percent whiff rate. That’s impressive and probably unsustainable consistency.

Clearly he was working on something in the background and didn’t want to establish it until he felt absolutely comfortable.

Could we see this replace his curveball? The deuce has produced the lowest swing rate of all his pitches this year at 34 percent. He only threw seven curveballs in his last start; however he hasn’t relied on his breaking stuff nearly as much this year as he should.

If he continues to feel comfortable with the slider, expect to see that become his main breaking pitch which clearly caught hitters off guard.

At the end of the day, Taillon is still the best starting pitcher on this Pirates squad despite his struggles. In his start tonight, I expect his slider to be a prominent pitch again. I also see him coming out for revenge after the heartbreaking loss last night.

While the team needs a quality start out of him, I think Jamo will be just fine tomorrow and the rest of the year. He just needs to loosen up on the hill and let his ability do the talking.