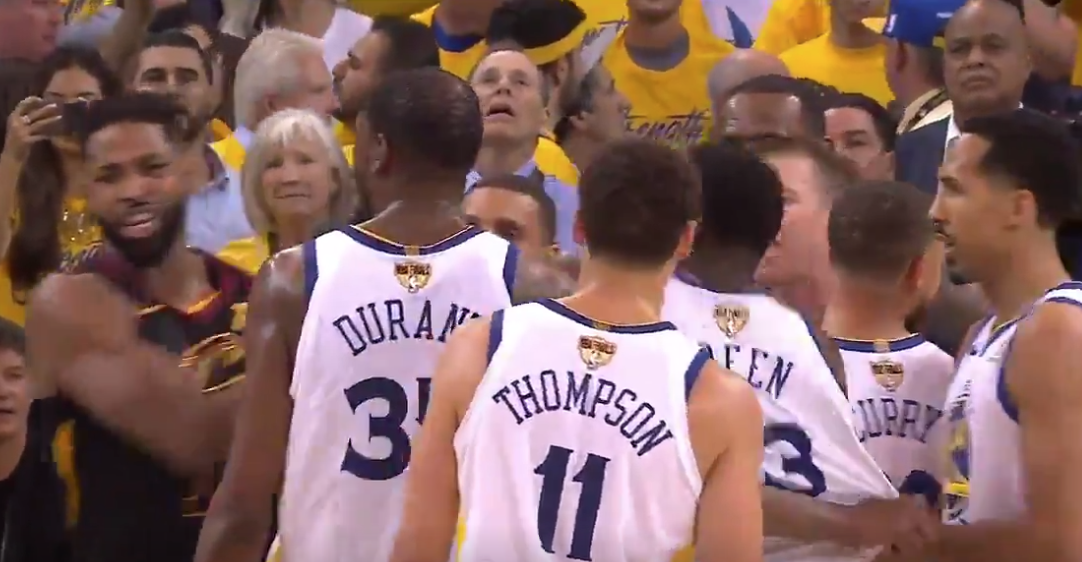 Tempers were flaring late in Game 1 of the NBA Finals on Thursday night, and we might see some suspensions handed down as a result.

The Warriors held an eight-point lead with just a few seconds remaining, and Tristan Thompson (Kardashian) appeared to have his frustration from the game — and possibly the reversed foul call on LeBron James — boil over.

Thompson was seen getting into it with Draymond Green, and he then shoved the ball in the Warriors big man’s face. Green clapped in his face, because he knew an ejection was coming for Thompson, and sure enough, it followed seconds after.

Tristan Thompson shoves Draymond Green after getting ejected…tells him to meet him after the game pic.twitter.com/zUIRnaZuGr

The interesting thing is that Kevin Love — who was on the bench at the time — stepped foot onto the floor during the skirmish that erupted, which could result in him getting suspended as well, by the rules. It appears unlikely, though, although Thompson could certainly miss a game in the future.