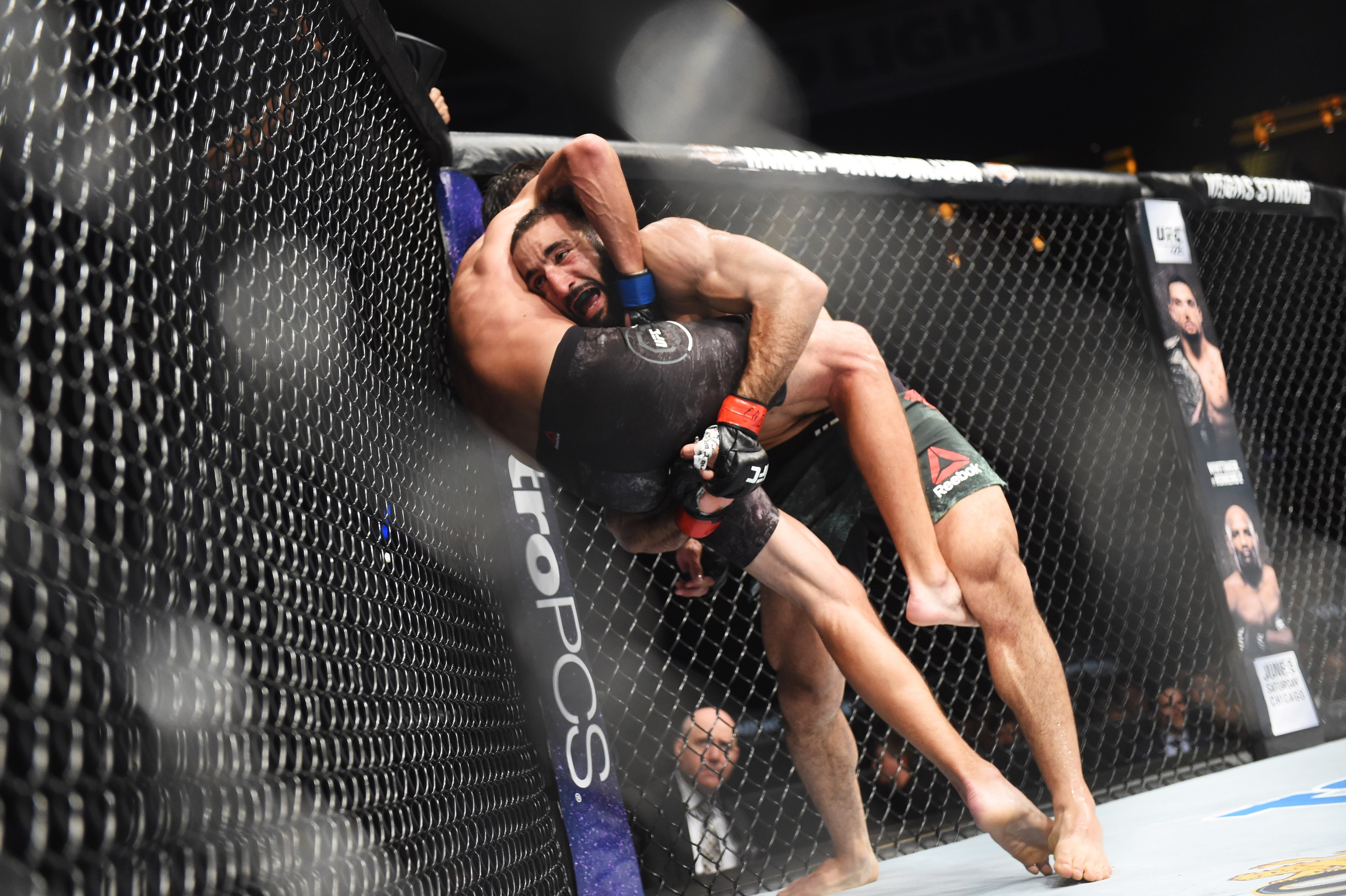 Jun 1, 2018; Utica, NY, USA; Belal Muhammad (red gloves) celebrates after defeating Chance Rencountre (blue gloves) during UFC Fight Night at Adirondack Bank Center. Mandatory Credit: Gregory J. Fisher-USA TODAY SportsMixed martial arts may not have reached its statistical revolution stage like other sports (and perhaps it never will given its primordial nature), but there is still plenty of good data out there.  So, following each UFC event, The MMA Manifesto will parse the numbers provided by FightMetric and target which pugilist enjoyed the best statistical night.

Belal Muhammad made sure Chance Rencountre would “remember his name” after the beatdown he gave him last night in Utica.