Luke Has No Father In Flushing 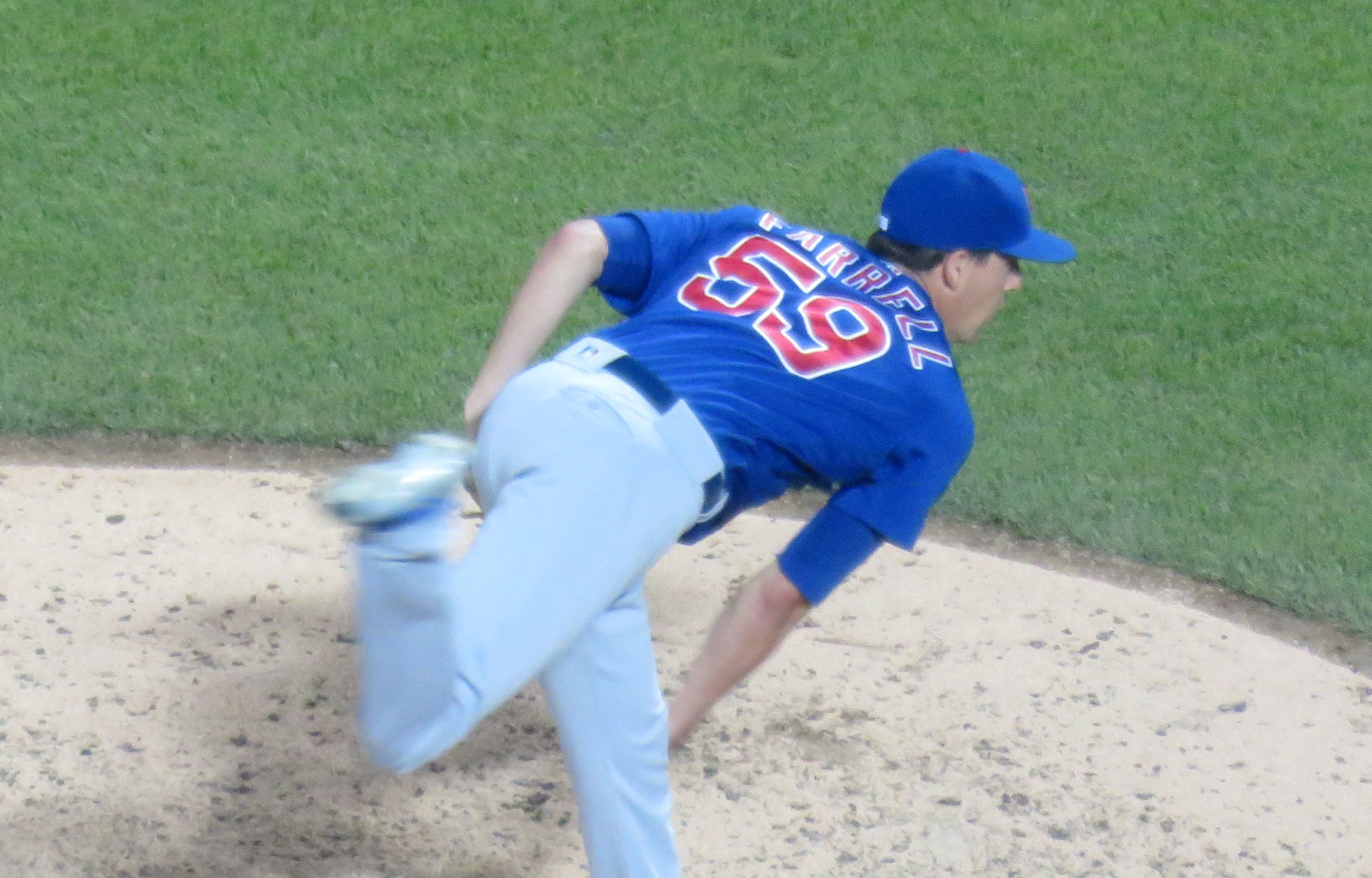 Luke Has No Father In Flushing

My wife turned to me at the game tonight and asked me a very interesting question.

“Do you miss yelling at d’Arnaud?”

“Yes I do. But the good thing about baseball is that there’s always somebody else to yell at.”

And now, I think I’ve found d’Arnaud The Sequel. But back to that later.

I know that this is a Mets-centric blog and this is probably something for Bleacher Nation or something, but in all honesty the Cubs should be ashamed of themselves. The first nine innings were one thing. After all, there’s no shame in getting tied up by Jacob deGrom, Robert Gsellman, and Jeurys Familia. But their all-star lineup couldn’t just end it against Jerry Blevins, Hansel Robles, and Tim Peterson? Full marks to those three for getting the job done for four innings while I’m sitting in the stands biting my nails wondering which at-bat Kyle Schwarber was going to hit the Coca-Cola sign in right field. The Mets struck out 24 Cubs batters in the first 13 innings, which is either a testament to deGrom and the struggling relievers, a worrisome moment for the Cubs lineup, or a sad state of affairs as to how Major League Baseball has drifted towards the three true outcomes and slammed into them head first.

Now, a disclaimer: Besides Luis Guillorme and Amed Rosario, everyone deserves a part of the blame offensively. Guillorme and Rosario had two hits each, Jose Bautista and Adrian Gonzalez had one. Everybody else took an 0-for-5 or 0-for-6 in a 14 inning game. That’s an embarrassment, especially against Montgomery who has been relieving all season until last week, and Luke Farrell, who came in with an ERA of 6.75 and hasn’t gone more than one and 2/3’s innings since August 23rd of last year. (Plus, they couldn’t take advantage of the fact that Farrell actually got two at-bats in extra innings.) The Mets could barely touch him in his first four innings of work, and maybe it was because everybody was swinging for the downs against him trying to end it. (Brandon Nimmo’s 0-for-6 was especially disappointing considering he could have caused some havoc on the basepaths, as he noted in his very sad and stand-up post game interview.)

But the guy who killed me tonight was Kevin Plawecki … or as he is now known, d’2 The Sequel. First off, his at-bat leading off the 12th was atrocious. Three pitches: looks at a fastball and a slider, then swings at an outside slider he had no chance at because the count was in Farrell’s favor at 0-2. Then in the 13th as I’m trying desperately to will the Mets to victory from the stands because it’s very late and we were very tired, the Mets try to rally with two outs. Bautista doubled in the gap, then Michael Conforto was intentionally walked to force the Mets to send up Jose Lobaton (the last catcher left), to bat for Peterson. Lobaton, for being cold off the bench at about 11:35 PM, put together a great at-bat to walk and load the bases for Plawecki. Farrell, who was 75 pitches deep and 24 pitches deep in the 13th, was cracking.

So what does d’2 The Sequel do? He swings at the first freaking pitch and grounds into a 6-4 force play to end the inning. Heaven forbid he waits for a pitch he can drive or at least get good wood on. No. 6-4 force out to end the inning with the last two guys in the Mets bullpen waiting. I’ll bet you any amount of money that at the very least, Jonathan Lucroy would have at least taken a pitch in that spot. Instead, we get a terrible effort at the plate in a very important spot from d’2 The Sequel.

What happened in the 14th was predictable. Expecting Buddy Baumann to shut down the Cubs after Blevins and Robles took care of them is like expecting to win Mega Millions on Saturday after you already hit Powerball on Friday. After Baumann got Anthony Rizzo out, Willson Contreras and Schwarber singled to set up a two run double by Albert Almora Jr. We could have left then, but after one intentional walk and one unintentional walk, Gerson Bautista came in to face Ben Zobrist. I said “let’s stay. I want to see how far this ball flies.” It turned out to be a little grounder down the line that Gonzalez looked like he was in quicksand as he was moving towards it. Two runs scored and a third run was thrown out at the plate. I had seen enough.

Jose Bautista takes a knee for our season (Metstradamus)

Then, while our cab was rolling away, I saw a ball land in the left field stands from a television monitor. So, I didn’t miss anything. The Mets, despite striking out a franchise record 24 Cubs, lost 7-1 in 14 innings. Somehow, the Mets made everyone forget about screwing up the Todd Frazier giveaway they had planned for the game in a mere four hours and 53 minutes. Jacob deGrom has two wins in eight starts with an ERA of 0.57. Keith Hernandez is the happiest person on the planet right now not to have to had called that monstrosity. I’m sure the weather is lovely in Sag Harbor. Let’s go live to Mickey Callaway’s press conference: