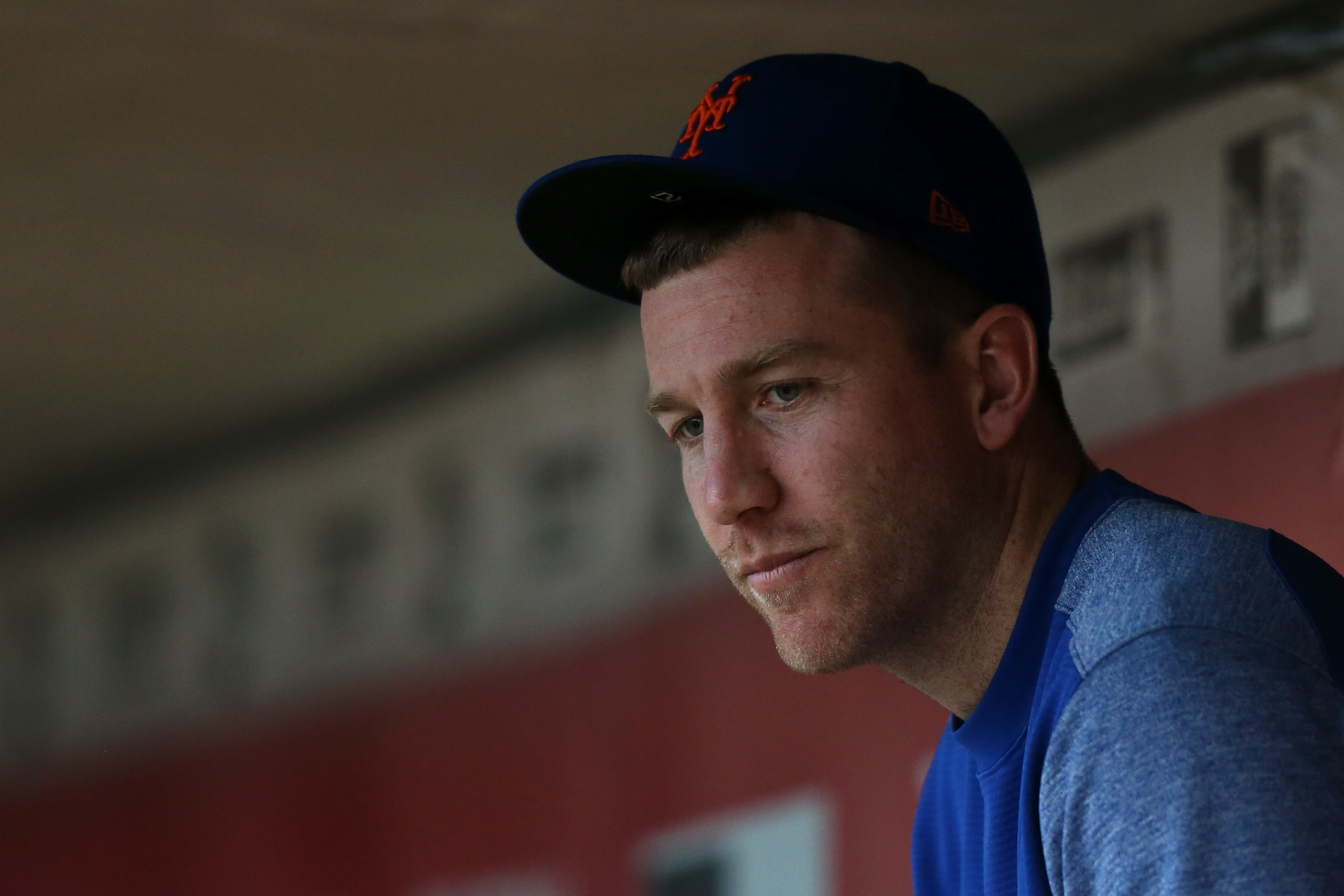 Just three days after General Manager Sandy Alderson noted that he saw a silver lining for the New York Mets’ recent play, the team has gone 0-3 and scored just four runs in 26 innings against the Chicago Cubs. The Mets’ injuries have really taken a toll, as a punchless lineup and battered bullpen have played direct roles in the recent losses. There is some good news for both units as the Mets are expected to get a pair of key players back in time for Tuesday night’s game with the Baltimore Orioles.

Frazier, who has spent the last three days on rehab with Triple-A Las Vegas, is likely to return against Baltimore on Tuesday, Matt Ehalt of The Record reports. The Mets have been without Frazier since May 8th, when he landed on the disabled list with a hamstring injury that he attempted to play through for three weeks. Frazier is hitting .237 with five homers and 21 RBI’s in 140 at bats this season, but his average had plummeted from a high of .313 back on April 16th, which makes sense since he was playing through an injury. The Mets have had to piecemeal the position in Frazier’s absence, with Jose Reyes, Wilmer Flores, Luis Guillorme, and Jose Bautista getting starts at third.

The other big return should be Swarzak, the Mets’ big offseason signing for the bullpen. Swarzak appeared in only two games for the Mets before injuring his oblique on March 31st, an injury absence that became prolonged when the issue morphed into a rib problem. The Mets have also had Swarzak on a rehab assignment with Triple-A Las Vegas, with his final appearance slated to come today. Assuming Swarzak gets through the outing without any setbacks, he should be activated from the disabled list on Tuesday as well.

The Mets will need to make a pair of roster moves to accommodate the returns of Frazier and Swarzak, including a 40 man move to activate Swarzak from the 60 day DL. Ehalt is also reporting that Mets’ manager Mickey Callaway indicated that Frazier would take the place of a reliever on the roster, with the likely candidates to go to Triple-A either Buddy Baumann or Gerson Bautista. The other move could be the other reliever, with Baumann being a candidate to get designated for assignment to clear room for Swarzak on the 40 man roster. Another option would be to designate Jose Lobaton for assignment again, but that may depend on how Devin Mesoraco is feeling on Tuesday afternoon. Mesoraco was double switched out of last night’s game with a hamstring injury, and if its not better by Tuesday the team could opt to keep Lobaton around in order to try and get Mesoraco healthy for the Subway Series next weekend.