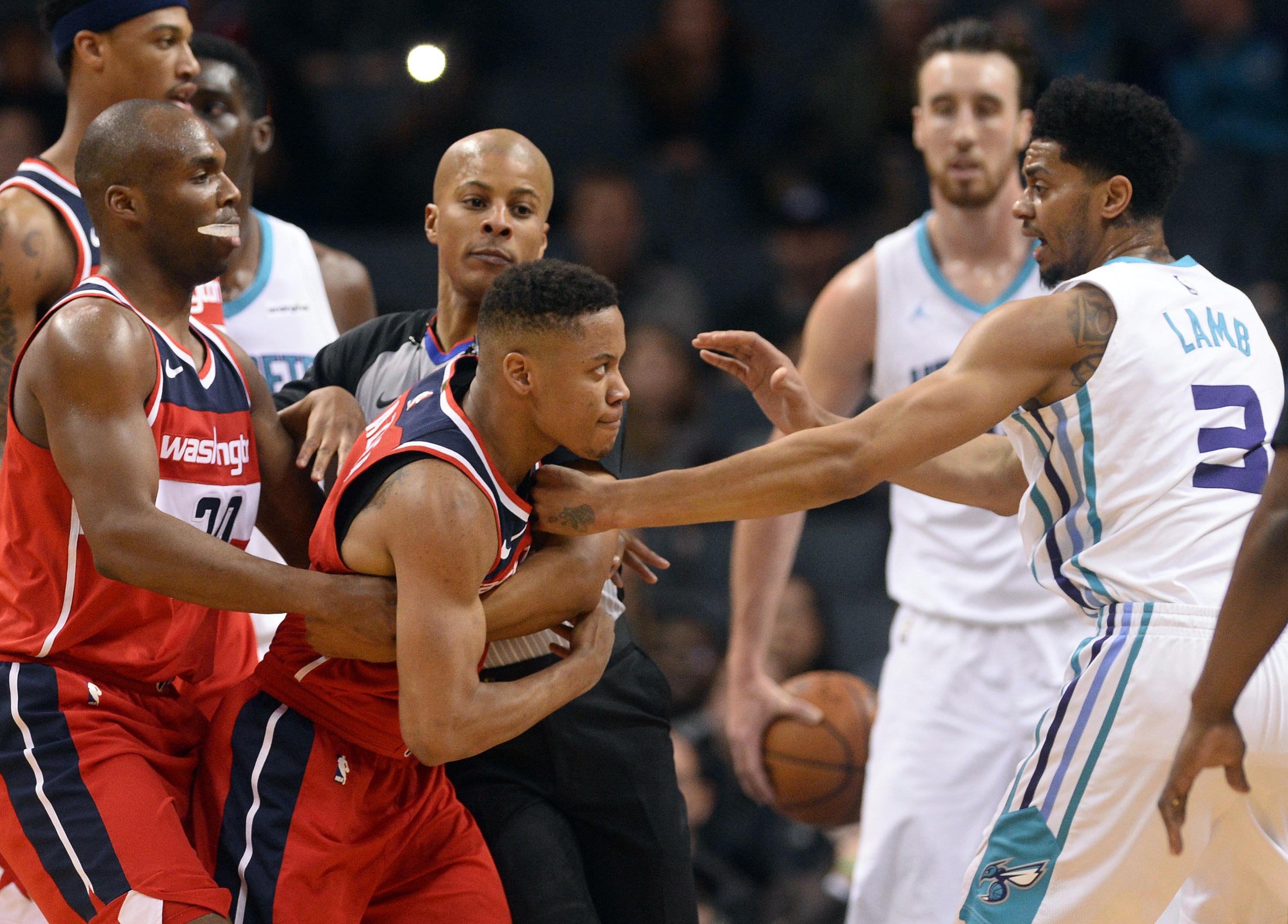 Add the name Tim Frazier to the long list of backup point guards that have failed to sufficiently support five-time All-Star John Wall. After a stellar career in the D-League and successfully backing up the likes of Damian Lillard and Jrue Holiday, the Washington Wizards spent a second-round pick to see if he could do the same for Wall. Unfortunately, that was not the case and Frazier fell out of the rotation as Washington added multiple other point guards before the end of the season.

Frazier is in the good graces of John Wall, Bradley Beal, and many of his other teammates off the court as a funny guy that keeps the mood light. He has also been continuing to work out at Capital One Arena ahead of free agency. However, unless he is looking to return on a veteran’s minimum contract, I do not see the Wizards expressing interest in his game for him to return next season.

The Best of Tim Frazier Off The Court

Congrats is in order for these two on their All-Star bids!!! Much deserved you two!!!

Tim Frazier got jokes and Bradley Beal is amused. pic.twitter.com/vTrSZ1hj6i

The Best of Tim Frazier On The Court

Mike Scott loaded up for this one, but shout out to Tim Frazier for the heart! pic.twitter.com/fIShRMrZ1e

Seriously, did not know that Tim Frazier could dunk, but add it to the resume. The bench was so hype. pic.twitter.com/Ok34RxfWjV