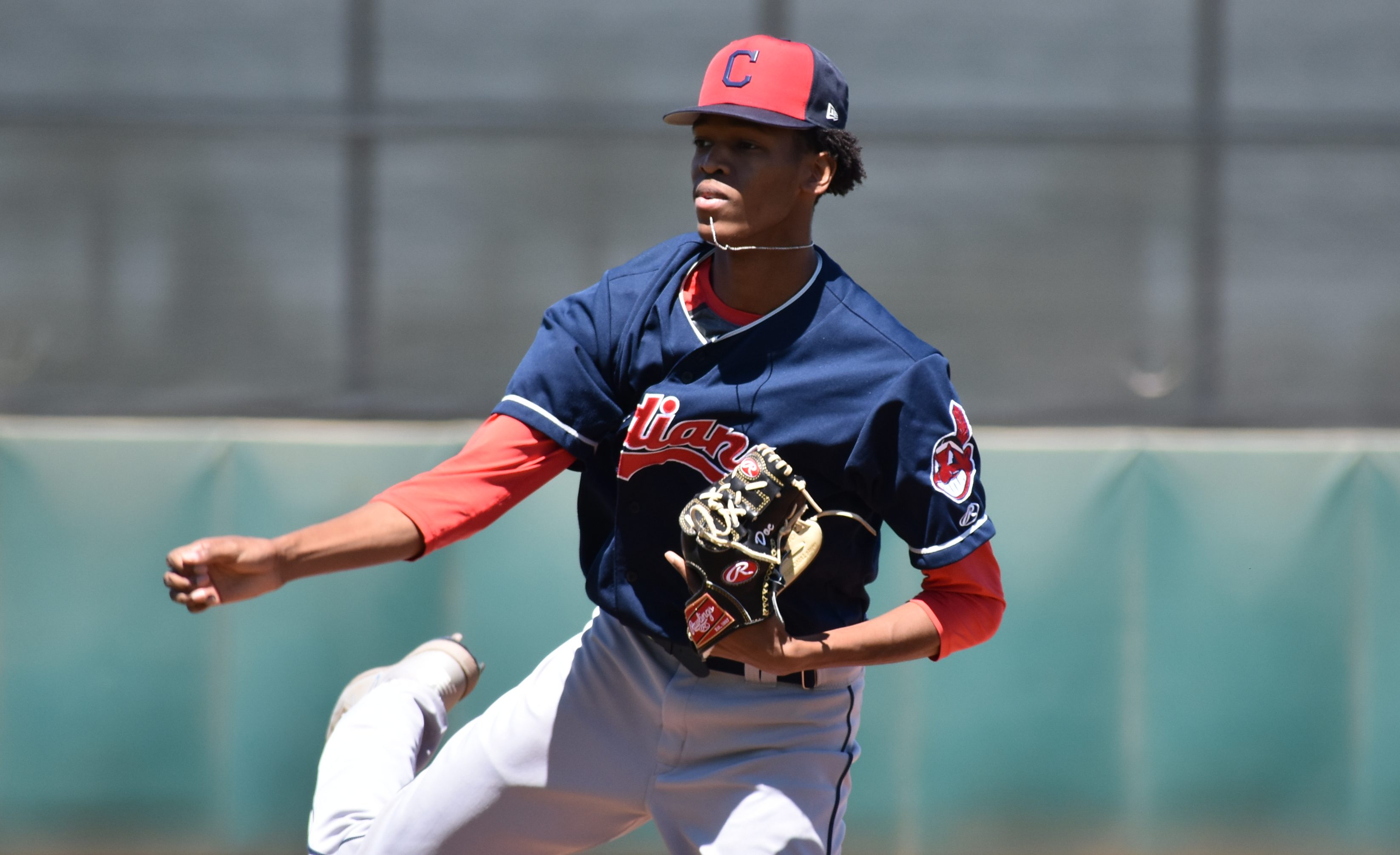 The Indians wrapped up their extended spring season on Saturday and will now enjoy a well deserved break until the Scrappers begin their season on June 15th with the AZL and DSL Indians starting shortly after. This was a particularly rough extended spring as the weather in Arizona never really cooled off this winter and players have been on the field with temperatures above 100 regularly in the last couple weeks.

While the season being over is great for the young players, it isn’t the best for those rehabbing from higher levels. Some, like Dace Kime, Rob Kaminsky and Triston McKenzie are probably far enough along that they can rejoin their regular clubs shortly, but others, like Danny Salazar and Cody Anderson, never got started. They will have to wait until the AZL ramps up to get into real game action in Arizona.

Based on the regular line-ups used when two games were played at once, it definitely appears that the Indians have already separated the groups out of who will go to Mahoning Valley and who will stay in Arizona. For the most part, everyone from previous AZL teams should be promoted with a few exceptions, including players like Cristopher Cespedes and Wilbis Santiago, who haven’t had a full season in AZ yet. It appears at the moment that many of the 2017 signings may also skip DSL and go straight to AZL, in particular the trio of George Valera, Brayan Rocchio and Aaron Bracho, although Bracho is currently recovering from an arm injury.

Since stats aren’t counted officially for extended spring, I’ll exclusively base my analysis on what I saw as outstanding talent rather than results. Two pitchers that blew me away were Nick Gallagher, who started the extended season with the club, but quickly moved to Lake County, and Raymond Burgos. Gallagher is a college pitcher, who was selected in the draft in 2017 and made his pro debut this season thanks to injury last year. He has an excellent fastball and slider which in one appearance allowed him to throw three perfect innings with four strike outs.

Burgos joined the squad later in the spring after recovering from Tommy John surgery. He was taken in the 2016 draft, but is just now making his professional debut. He has an electric fastball that is already in the low 90’s and could improve as he continues his trek back to full strength. While he didn’t feature a knockout breaking pitch, he had enough of a discrepancy between his fast and change to keep hitters off balance.

Offensively, there were few stand outs, but a couple players already on my radar continued to play well after good starts in the AZL, particularly Michael Cooper, Mitch Reeves, Tyler Freeman and Tre Gantt, who should all be in Mahoning Valley shortly. On the lower level, Henderson De Oleo looked a lot better than his DSL numbers would indicate while Jhon Torres remains an interesting prospect. Pablo Jimenez has speed worth noting, although he also had poor numbers in the DSL in the past two seasons. This has been a common theme the last few years, but overall the 2017 DSL Indians and Indians/Brewers were extremely poor in every facet of the game. Most of these players have had significant faults and it will be up to the coaching staff in Arizona to improve upon these.