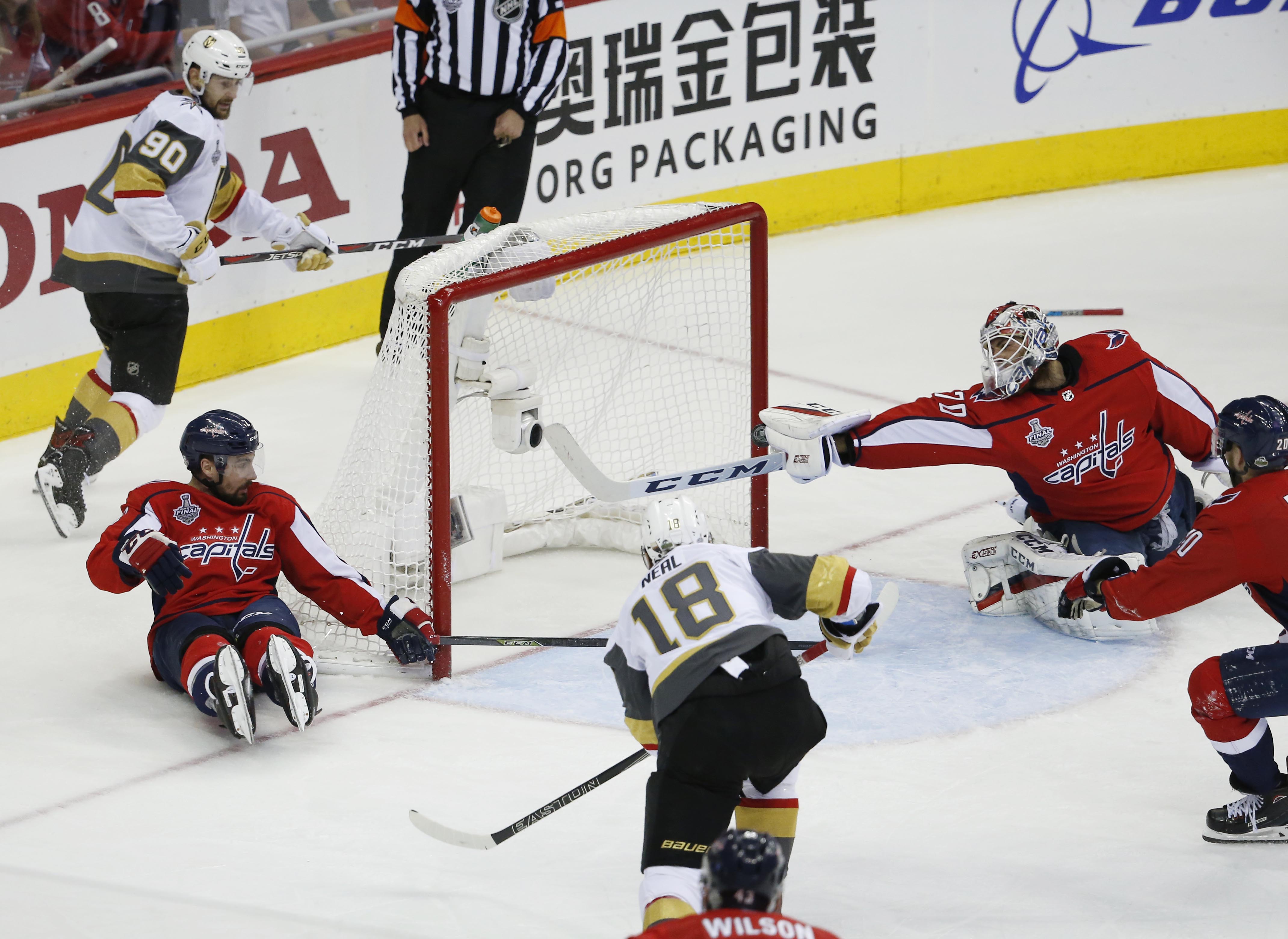 Vegas Golden Knights leader James Neal had a chance to completely shift the momentum in the Stanley Cup Final in Game 4 on Monday night, but he came up short.

The Knights were trailing 2-1 in the series, with the Capitals having home ice and the momentum, and Neal had a chance to steal it back in the first period of Game 4.

But even though a perfect pass was saucered his way, with Holtby on the opposite side of the goal, he couldn’t hit the net.

Instead, Neal’s shot hit the post, and then bounced off Holtby. All in all, it resulted in a failed opportunity on the power play.

James Neal had a yawning net on the PP. Instead his shot hits the post and the puck bounces off Holtby and out. pic.twitter.com/lApQGvFuHr

The Caps would go on to score the next four goals of the game, so yes, that miss loomed large. Washington emerged with a 6-2 victory over Las Vegas, and the Capitals are now one win away from their first Stanley Cup win in franchise history.

As for Neal, he continues to struggle, with just one point (1 G, 0 A) in his last five playoff games.