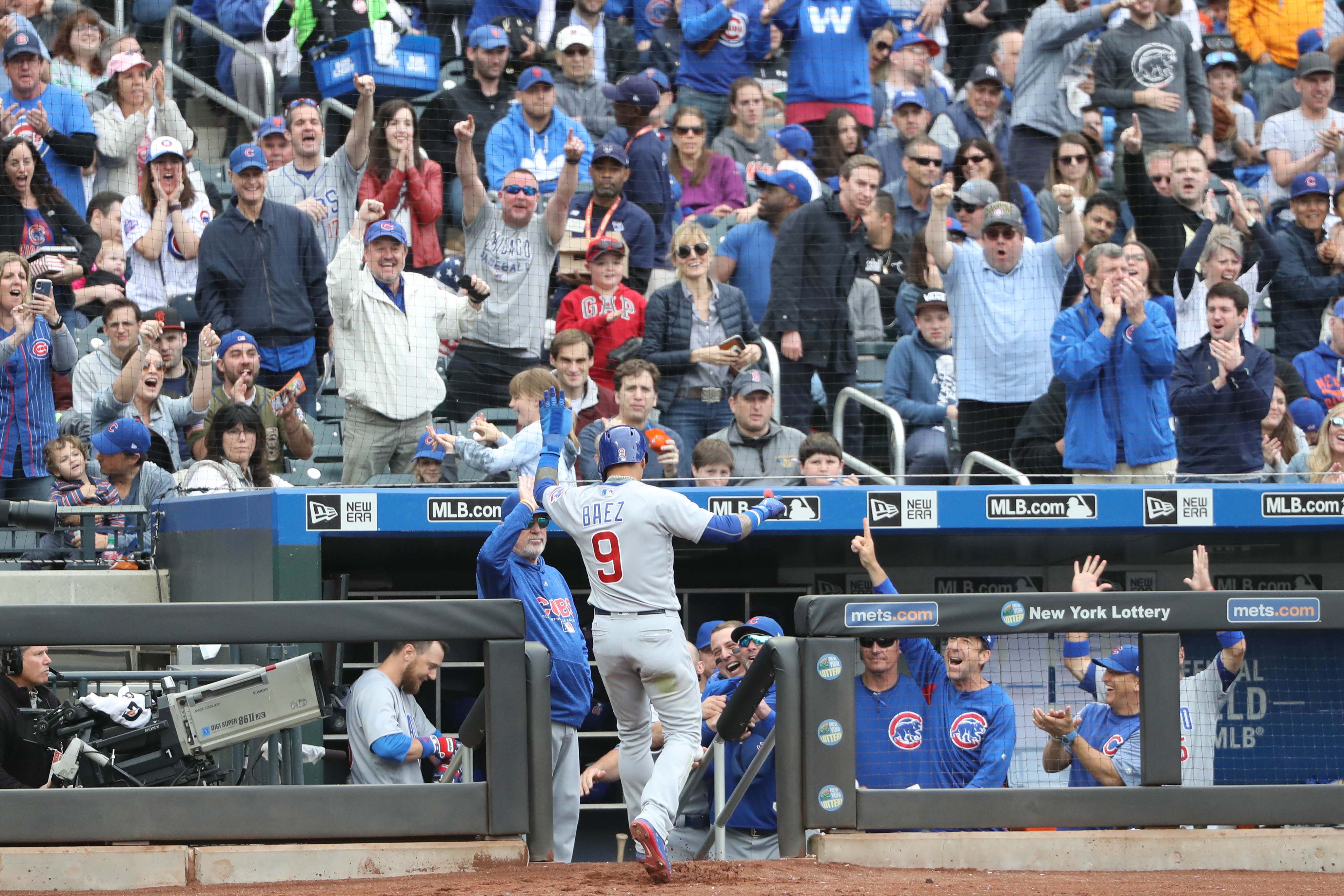 Things are getting better for the New York Mets.

On Sunday, they lost in two hours and 30 minutes. That’s a full two hours and 23 minutes less than the time it took them to lose on Saturday.

The bad news is that they wasted another good effort by a starter. Steven Matz pitched six scoreless innings before getting tricked into a steal of home by Javy Baez (and Joe Maddon, who the Mets should have callously replaced Terry Collins with), and then gave up another run on a sacrifice fly because Jay Bruce let Luis Guillorme try to throw out a runner at home after doing a pirouette and a triple salchow while catching a pop-up, presumably because Bruce wanted to raise the level of difficulty for Guillorme so he can impress the French judge.

Easily overcome? Sure. But not for the Mets, who got three gotdamn singles off Jon Lester and Brian Duensing, which clinched the Cubs’ sweep of the Mets, and showed the wide gulf between the Mets and a good team. I’d rather a team that plays up or down to their competition. Then at least they’d be frustrating enough to lose to bad teams while beating some good teams every once in a while. Now, they can’t beat good teams, or bad teams. Now the Mets get to play an atroctious team … the Baltimore Orioles … twice in the next three days that will only mean something if somehow the Mets lost to them despite getting Todd Frazier and Anthony Swarzak back.

I’d love to put this Cubs sweep in a deeper context. But sometimes there is no deeper meaning. The Mets are terrible. They’re managed terribly, they’re constructed terribly, and they’re owned terribly. There’s nothing deeper or simpler than that. The worst part is that it looks for now like the Braves and Phillies have caught and passed them with younger teams who will be torturing the Mets for the next ten years long after this current team is dismantled. The Mets couldn’t even catch the air bubble between the breakup of the Nationals and the rise of the Braves and Phillies, because there is no air bubble. The Mets are screwed until further notice.

Or until Cespedes comes back and plays three months in a row.