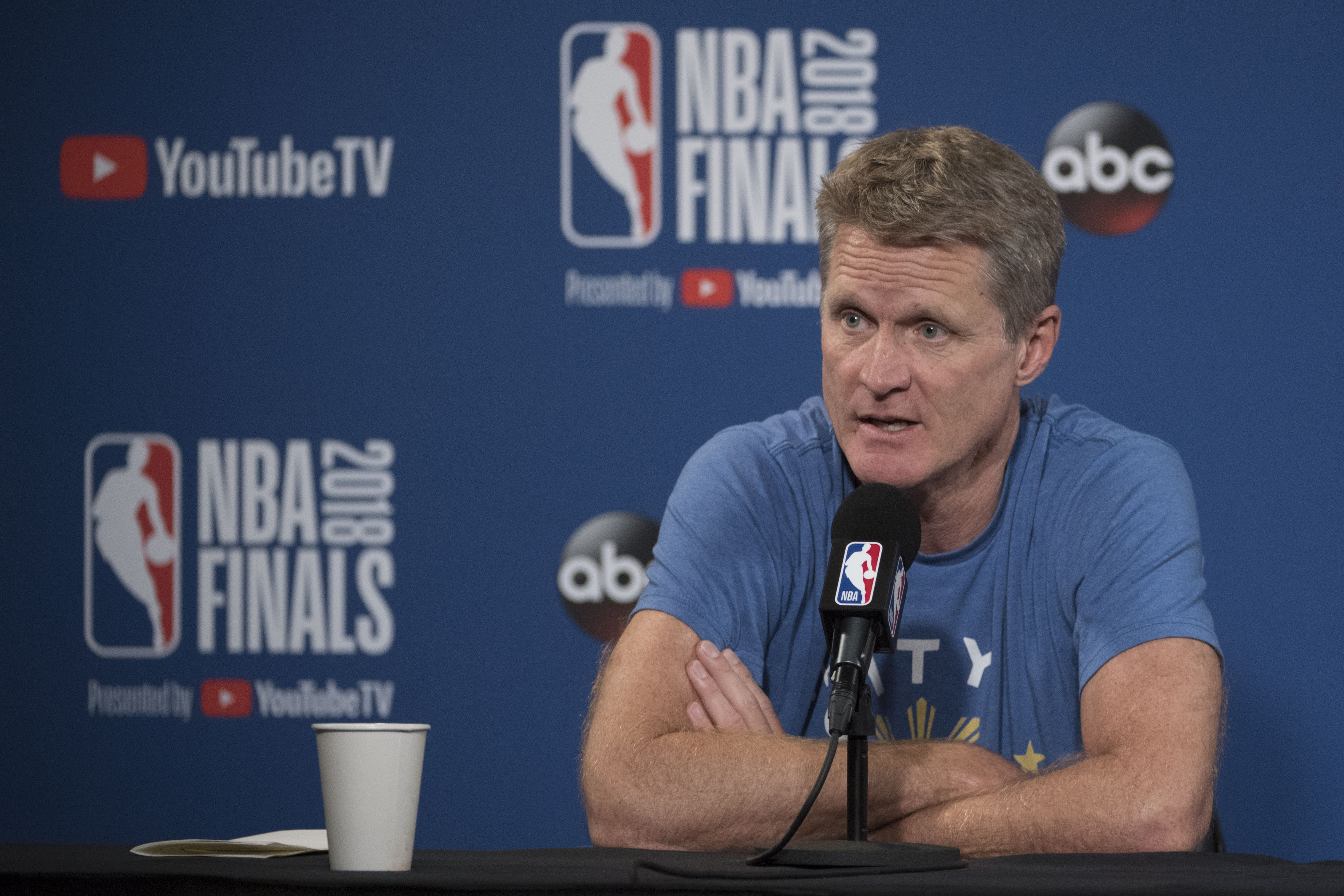 Warriors head coach Steve Kerr was in the mood to joke after Game 2 of the NBA Finals on Sunday night.

And why not? The Warriors destroyed the Cavs, 122-103, and ran away with the game in the fourth quarter. They played a complete game — doing a solid job on LeBron James, and draining three-pointers to put the pressure on their opponents throughout the game.

Kerr, after the game, dropped a funny quote at his postgame presser. We all remember when James told the media to “be better” after Game 1. Well, Kerr poked some fun at that line following Sunday’s contest.

“I thought you guys were much better,” Kerr said.

The Warriors, too, were much better in Game 2, so it’s no surprise that Kerr was in a jovial mood.