Your Morning Dump... Where Vegas likes the 76ers over the Celtics next year? 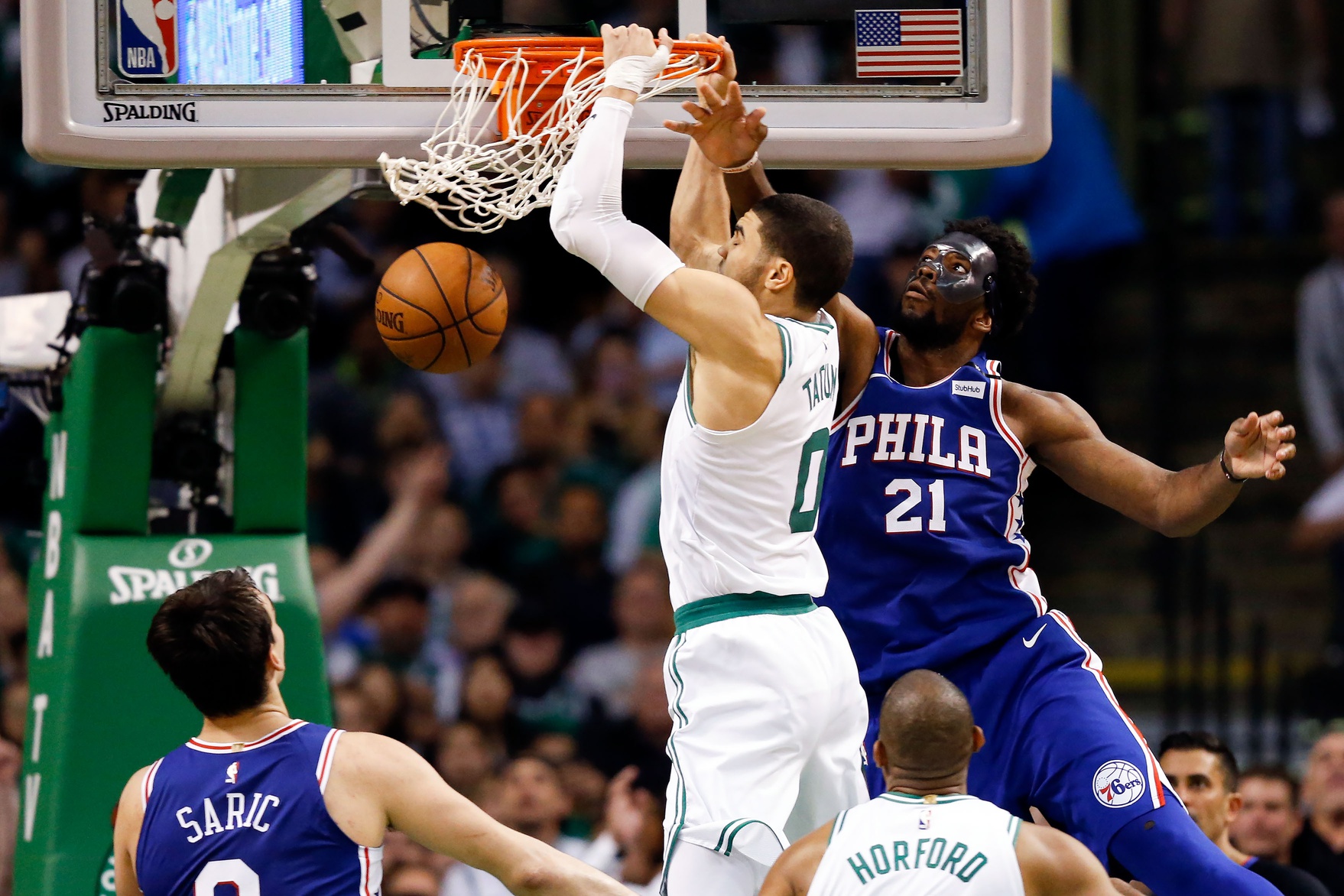 Your Morning Dump... Where Vegas likes the 76ers over the Celtics next year?

The Philadelphia 76ers are slightly more favored to win the NBA title next season than the Celtics, according to odds released by the Westgate Las Vegas SuperBook.

Why? Oddsmaker figure the Sixers, who lost to the Celtics in five games in the Eastern Conference semifinals, might have LeBron James in their frontcourt.

NBCSN: Why are Sixers slight favorites over Celtics to win 2019 title?

“When you have LeBron in free agency, you have to be careful,” Westgate SuperBook oddsmaker John Murray told ESPN. “You’ve got Philadelphia, Miami, the Lakers and even Houston as potential destinations [outside of Cleveland]. We cut all of those teams’ odds down, and we’ll raise back up the teams he doesn’t sign with.”

My biased opinion aside, the Celtics not having at least equal odds to those 3 teams seems ridiculous. As we all know at this point, the Celtics just went on an improbable run, a run that many people predicted would happen at some point… just not this year. They proved the Charles Barkleys and Nick Wrights of the world wrong, and bounced Milwaukee and then Philadelphia before faltering to Lebron James in 7 games.

Logic would only prove that if you take that incarnation of the Celtics team, and add two superstars… they would most likely be favorites to win the NBA Finals, right? Wrong. The Celtics open up with 8:1 odds, behind Golden State, Houston, and Philadelphia (?!?!?!)

Obviously, Golden State will have the best odds. They won last season, they’re going to win this season, and they’re likely going to returning the same core team next season. Long story short- Golden State will still be an absolute jugggernaut in 2018-2019.

Houston’s odds being so good shouldn’t surprise anyone, either. James Harden is an MVP candidate, and is a player that every year continues to make the players around him better. The addition of Chris Paul certainly didn’t put a halt to that. Assuming the Rockets are able to retain Chris Paul in free agency, they will be right up there in the west again next season… getting knocked out at some point before the finals like every other season.

Philadelphia, oh Philadelphia. This should make your blood boil for two reasons

Lebron going to Philadelphia would mean all sorts of bad, but that is simply a hypothetical at this point. Even though Vegas finds it likely, let’s cross our fingers that this doesn’t actually happen.

On Page 2… Stephen Curry is simply not human

The Cleveland Cavaliers didn’t quit, they fought. But it didn’t matter because the Golden State Warriors have one of the greatest demoralizers in the game and he crushed them over and over again.

Last night was just plain old silly. Which, in other words, means just another night for Stephen Curry. After a slow start in the first quarter (1-5 from 3) he sure got scorching hot over the final 3 (8-12 from 3) and it was just too much for the Cavaliers to withstand. He lead all scorers with 33 points. Though there was some concern about the health of Curry’s back court running mate, Klay Thompson played through his ankle sprain.

While there was some concern about Klay Thompson’s availability due to a high ankle sprain, Thompson played and didn’t appear bothered by it. He limped Saturday but was sure-footed Sunday, scoring 20 points on eight-of-13 shooting. His only misses came from three-point range.

It's the type of finals game players dream of… But for LeBron it's "only" 29 points https://t.co/QmtO7n9JSK

Seriously. A near triple double with 29 points, and your team still loses.  These NBA Finals are going to be Lebron’s ticket out of Cleveland.

Boston Sports Journal: Which Celtics free agents probably won’t be back next season?