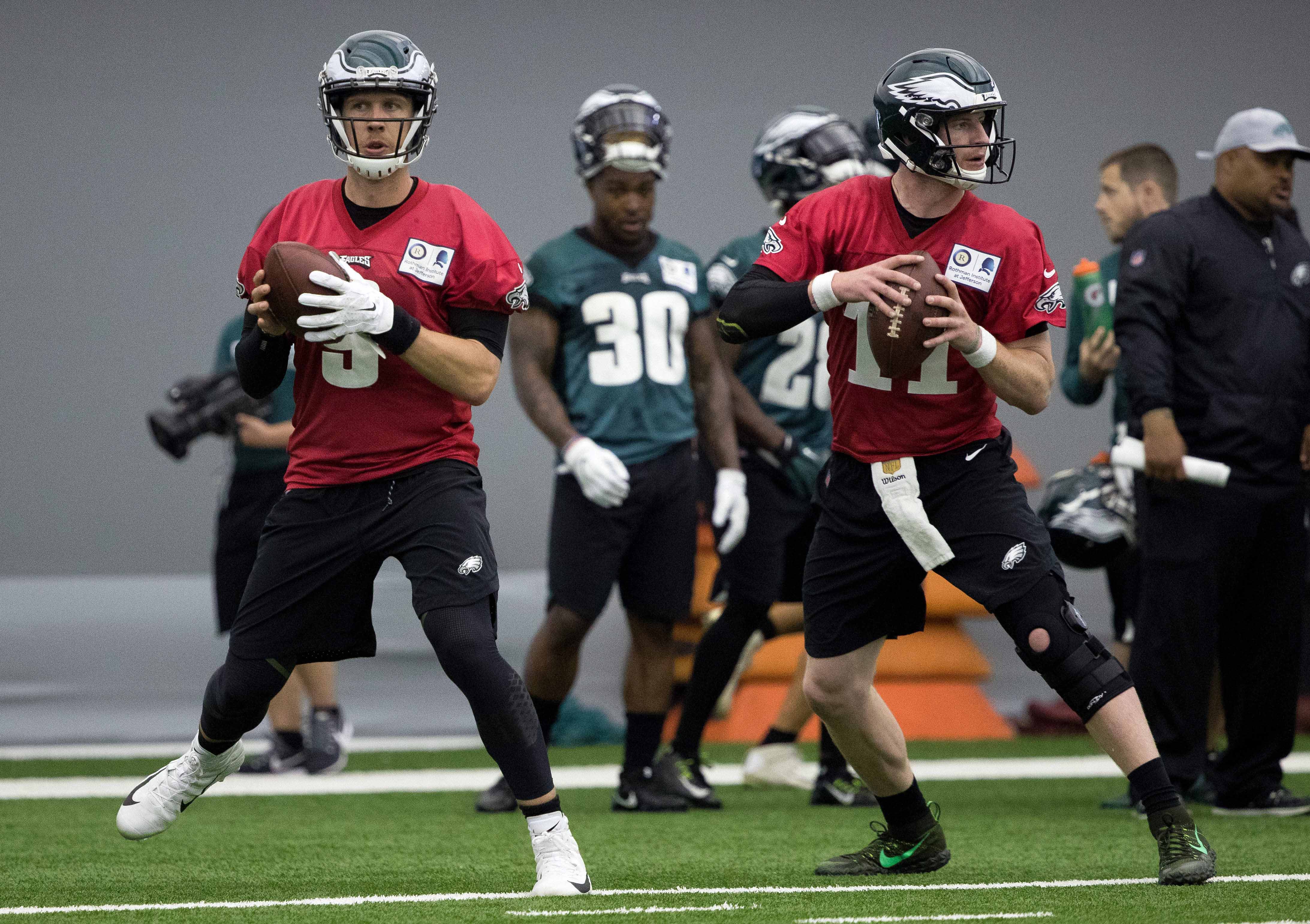 A number of Eagles players made it clear that they weren’t interested in meeting with Donald Trump at the White House, so the POTUS made the decision easy for them.

He simply canceled the visit.

They just don't want to go. REPORTEDLY, only 10 were going? Out of what 75 invited or so??? I'd cancel as well but wouldn't attack them for it though>> President Trump cancels White House invitation for Super Bowl champion Eagles https://t.co/S88HEN4mQF via @usatoday

Malcolm Jenkins, Chris Long and others have been saying for awhile now that they didn’t want to attend the White House visit, so Trump just elected to cancel. He released this statement about it (via USA Today).

“The Philadelphia Eagles are unable to come to the White House with their full team to be celebrated tomorrow,” Trump wrote in a statement. “They disagree with their President because he insists that they proudly stand for the National Anthem, hand on heart, in honor of the great men and women of our military and the people of our country.

“The Eagles wanted to send a smaller delegation, but the 1,000 fans planning to attend the event deserve better. These fans are still invited to the White House to be part of a different type of ceremony – one that will honor our great country, pay tribute to the heroes who fight to protect it, and loudly and proudly play the National Anthem. I will be there at 3 p.m. with the United States Marine Band and the United States Army Chorus to celebrate America.”

The defending champions put the day to good use, though, as they ended up practicing instead, by holding organized team activities.

After being disinvited to the White House by Donald Trump, the #Eagles are holding an OTA day today instead, I’m told. They choose to put the suddenly free day to good use.