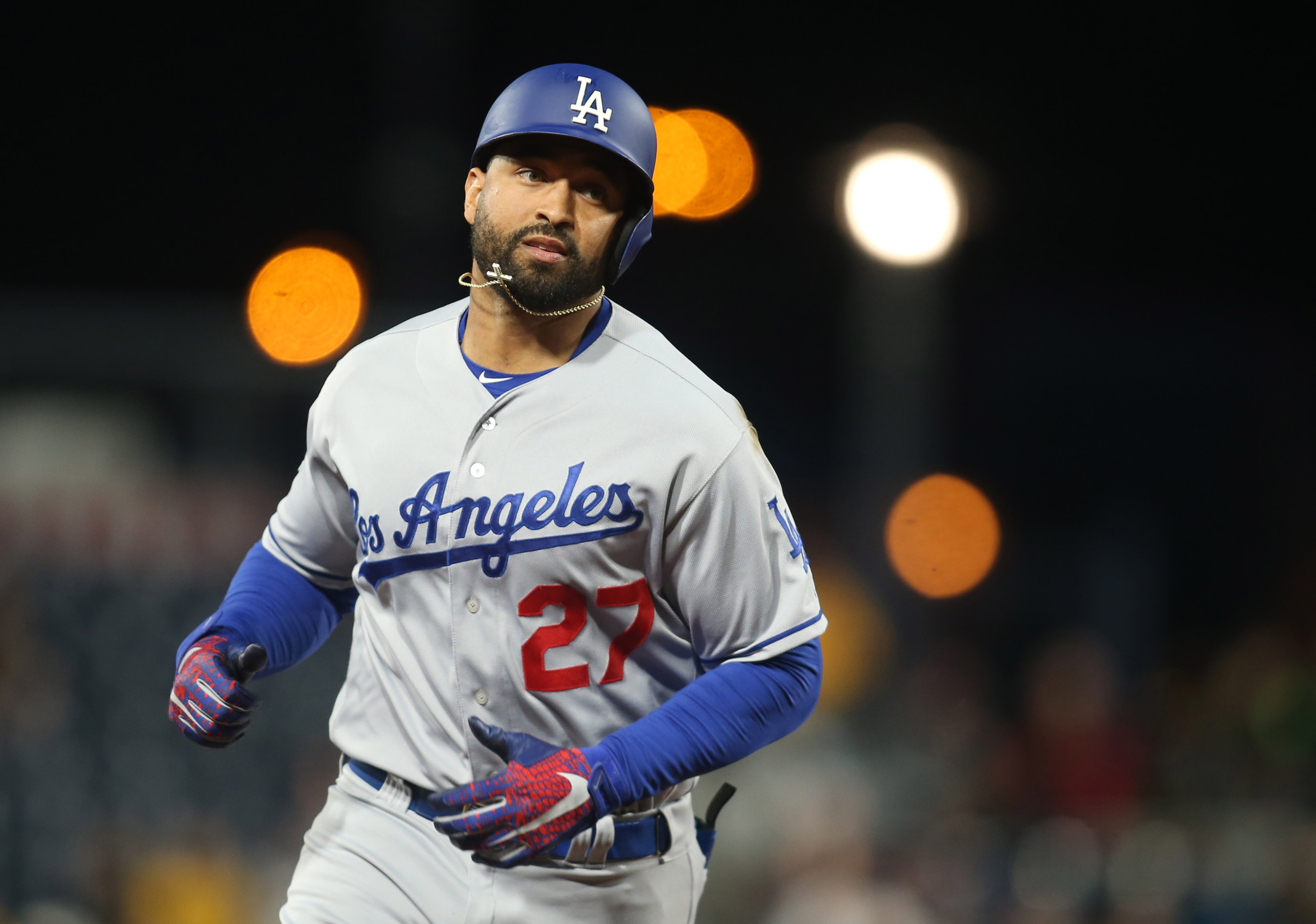 If someone told you over the winter that outfielder Matt Kemp would be the Los Angeles Dodgers’ most valuable hitter more than two months into this season, you’d probably think something had gone terribly wrong.

A lot of things have actually gone wrong for manager Dave Roberts‘ club during what’s been a roller coaster campaign thus far. However, Kemp — a guy the front office would’ve loved to have traded prior to Opening Day — has been a stabilizing force for an offense that’s without Corey Seager for the year and was without Justin Turner for a significant chunk of time.

Kemp did miss some time over the final four months last year, but either way, his finish wasn’t nearly as strong as his start. Here he is a year later, though, with an opportunity to finish things differently.

There have been some similarities between these two periods of time, but also a couple of striking differences.

And even though his contact rate had decreased by a couple percentage points, it’s the other parts of his batted-ball profile that make his 2018 performance feel much more sustainable. Here’s a look at how Kemp’s line-drive rate (LD%), ground-ball rate (GB%), fly-ball rate (FB%), pull rate (Pull%), and hard-hit rate (Hard%) differ from one sample to the next.

While his current .406 BABIP will inevitably come back down to reality, we can at least see that it’s not as if he’s just lucking into this hot start. Kemp has earned quite a bit of these numbers.

As mentioned earlier, he’s been a huge piece of an offense that’s struggled mightily due to injury for some and a lack of performance for others. And with Chris Taylor taking over a majority of shortstop duties in Seager’s absence, it certainly seems as if at-bats in the outfield are going to remain there.

The start of this season hasn’t gone at all how the defending National League champs were expecting, but a recent hot streak has found them right in the thick of things in the NL West.

Back on May 16th, the Dodgers were 16-26 and 8.5 games behind first place while occupying the basement. If we fast-forward to today, they’re entering action on Thursday only two games out of first thanks to a 30-31 record.

There have been a bunch of surprising performances to help make this a reality — Ross Stripling, Walker Buehler, and Max Muncy also come to mind. However, Kemp going from an afterthought to a vital contributor is quite possibly the most surprising of all.

All that’s left now is to continue doing what he’s doing — or some degree of it — over the season’s final four months instead of watching his production fall off a cliff again.