Bohm's Away! Phillies draft 3B Alec Bohm with No. 3 pick in MLB Draft 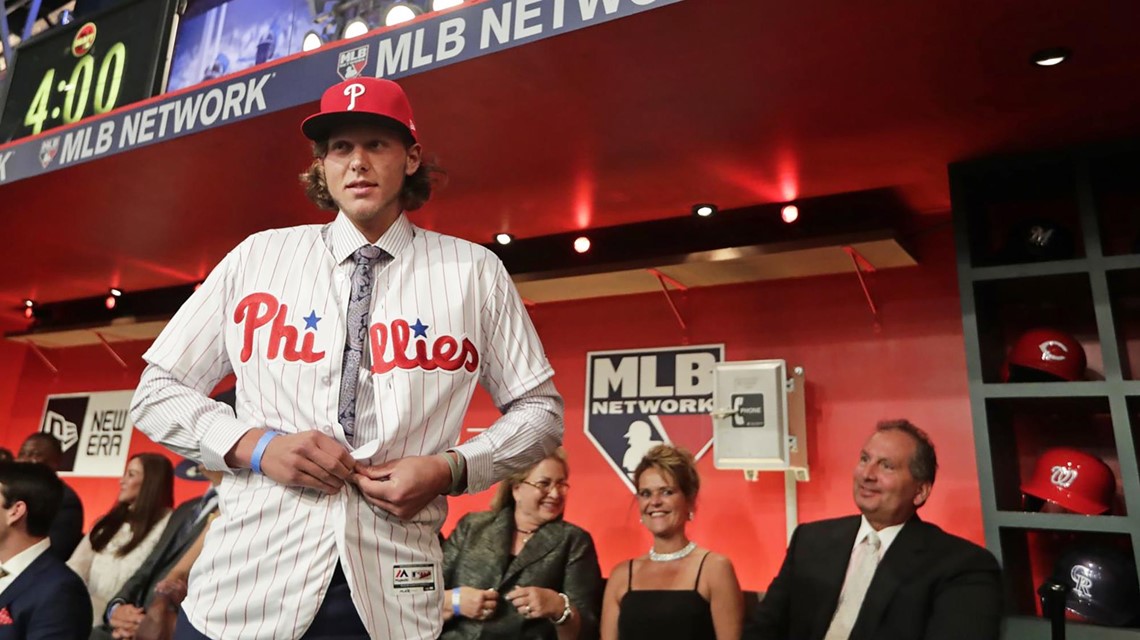 Bohm's Away! Phillies draft 3B Alec Bohm with No. 3 pick in MLB Draft

The MLB Draft got underway last night, and the Phillies drafted third baseman Alec Bohm of Wichita State with the third overall pick.

I won’t pretend to know a thing about who the Phillies just drafted because I don’t follow the college sport or the MLB Draft nearly closely enough to have any formed opinion on who the Phillies draft or who they should have drafted. But here’s what I guess we should know about this pick.

Bohm is 21 years old and batted with a .339 average with 16 home runs as a junior for Wichita State. Scouts appear to be fans of his natural power, which is encouraging. Due to his age and experience already at the college level, Bohm looks like a prospect that should transition pretty quickly into the Phillies farm system, and his path to the majors may not take too long. With questions continuing to surround what the Phillies will eventually do with Maikel Franco and the current conversations about the team potentially making a splash signing of Manny Machado, it may not be a shock to see the Phillies go for a third baseman with their high draft pick.

Something to keep in mind, as The Good Phight makes note, is the possibility Bohm eventually makes a move over to first base due to some concerns about his defensive ability at third. That would actually be a solid plan of attack if you suspect it may be a couple of seasons before Bohm makes his big league debut. It allows the team’s current contract with Carlos Santana to run down (Santana is under contract through 2020 with a team option for 2021) while also not having a potential addition of Machado blocking a path to the majors for Bohm if everything goes according to plan with his progression.