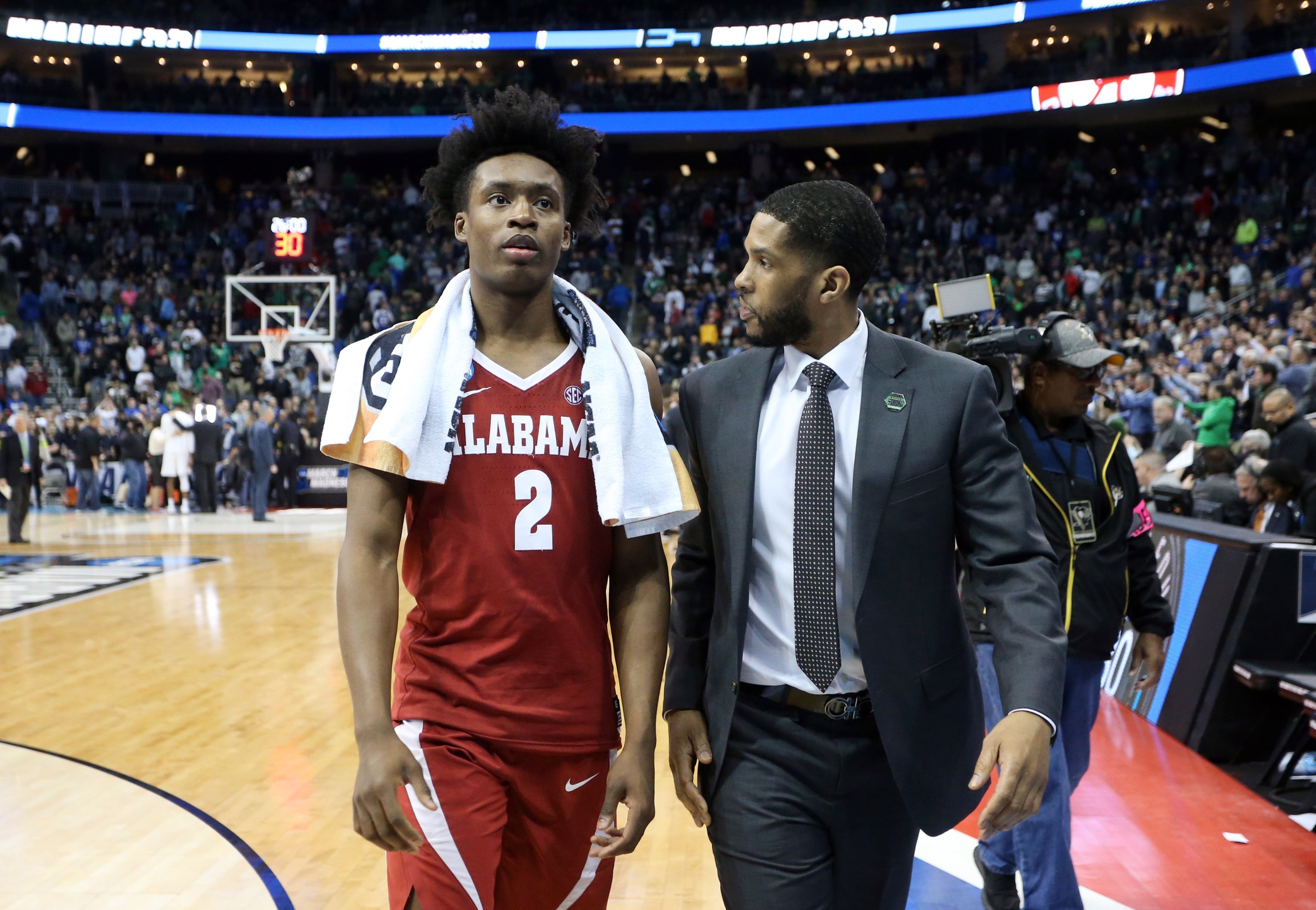 Collin Sexton entered his freshman season with a lot of hype, plus successfully running a 3-man offense against five players made headline news. The problem with the NBA pre-draft process is that players who measure near the 6-0 “Mendoza” line get dissected for their physical profiles and their production can be easily dismissed. But Sexton can score, and I believe his quickness and desire will allow him to keep improving, and thus translate, to the next level. Running an NBA starting unit with efficient and effective offense may be a struggle though. Eric Bledsoe is the obvious comparison many scouts bring up due to build and athleticism. I’ll bring up another Sun who could be a cautionary tale for Sexton: Brandon Knight.  Sexton projects as a scoring guard without elite shooting, an elite defensive profile, or elite passing ability. He is actually a pretty terrible passer and seemed unwilling to trust his teammates in college. Sexton will need to prove his worth when given the opportunity to run a starting unit, otherwise he will end up as a backup guard much like the injury-plagued Brandon Knight.

Turnovers and inconsistent shooting plagued Sexton this season at Alabama, and the chicken or the egg question is whether it was a product of his inherent flaws or the lack of talent around him. He compares less-favorably to a couple draft prospects from last year’s crop: De’Aaron Fox and Dennis Smith. Fox had elite quickness and defensive potential. Sexton isn’t as quick but makes up for it by getting into a good defensive stance and preventing his assignment from getting separation. I see hot and cold scoring flashes in Sexton, much like we saw from Dennis Smith at NC State last year. I don’t see those 0.1 percent elite hops though. Considering how those highly-touted prospects fared as rookies serves as good reason to temper expectations for any NBA team planning on handing over their offense to Sexton next season. Young point guards rarely enjoy immediate team success.

Ideally, any team investing in Sexton is willing to play the long game and bring him along slowly. The grit and desire are clearly evident. Combining those intangible traits with a high hoops IQ will require patience as he absorbs the NBA playbook. The Clippers already have Beverley, Rivers, and Lou Williams, which is exactly why I like the idea of them bringing Sexton in to learn from those very different types of NBA guards. If he learns from Pat’s defensive intensity, Austin’s aggression, and Lou’s scoring tricks (and treats), Collin could develop into a well-rounded, highly intelligent floor general. That is IF he becomes comfortable passing and trusting his teammates. The Knicks and Hornets could look to snatch him before he drops to the Clippers, and Sexton could adjust to those very different situations. The Hornets could groom him into Kemba’s eventual replacement or hand him if the keys to the club right away if Walker were traded. The Knicks would be investing in a young man who fits well alongside their lengthy defensive savant and soon-to-be sophomore, Frank Ntilikina, and Sexton undoubtedly has the swagger to ball under the bright lights of MSG.